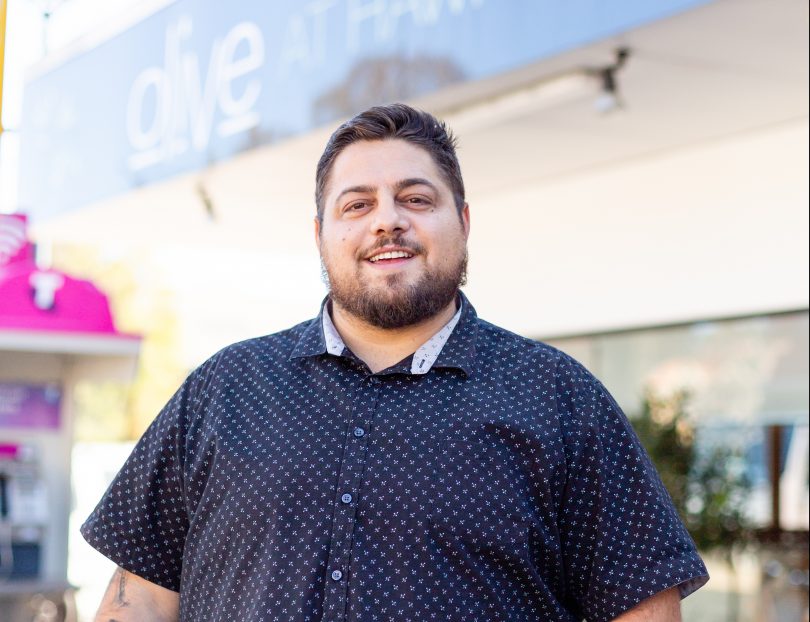 They vowed to rebuild and mere months after arson attacks, the Yianoulakis family will reopen its popular Olive at Hawker restaurant.

On 27 March, fire destroyed the family-owned Olive at Mawson at Southlands Shopping Centre while its sister restaurant Olive at Hawker escaped with around $400,000 damage.

The fires, which police believed were deliberately lit, left the Yianoulakis family devastated as their source of income and pride went up in smoke.

“It has been a very stressful journey and we are relieved to see the light at the end of the tunnel,” owner Dimitri Yianoulakis shared with Region Media. “I don’t wish an incident like this on anybody.

“We’ve all taken it really hard but mum took it the worst, she’s been heavily involved with both venues and has put her heart and soul into it so it was gut-wrenching for her,” he said.

“She can’t stay at home, she’s a working lady.”

“It has been really hard to fathom how damaging it is for somebody. The thought of just staying shut did cross our minds a few times because we lost two venues on the same night but we have a family to support and the least we can do is reopen.” 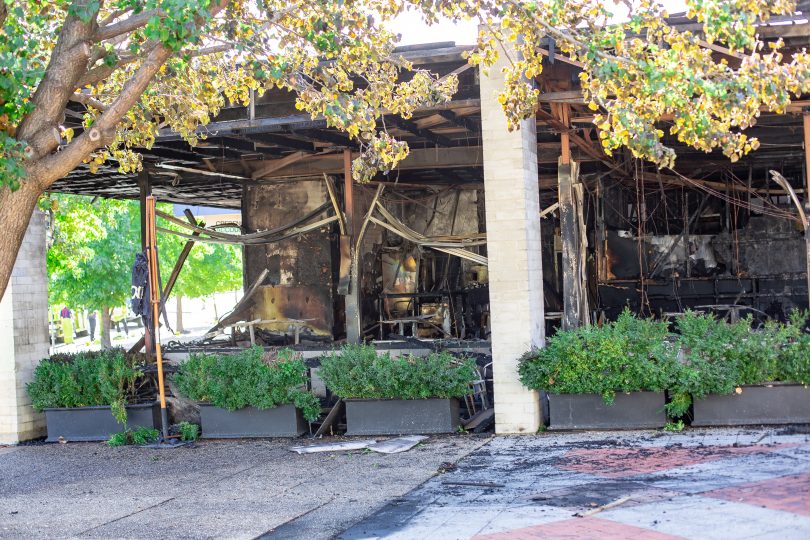 Mr Yianoulakis said they wanted to reopen their restaurant not just for themselves but to give back to the Hawker community for the endless support they had shown since the incident.

“All the support from family, friends, tradespeople have made a difference,” he said. “Everybody has really rallied behind us and offered wherever they can to help us get up and running. Even the landlord himself has dipped into his own pocket to help us get the building up to scratch.

“It has been a massive outpouring from the community to help us open as quickly as possible. It has really boosted our spirits and motivated us.”

The 100-seat restaurant is almost fully booked for its reopening night on Tuesday (23 July). 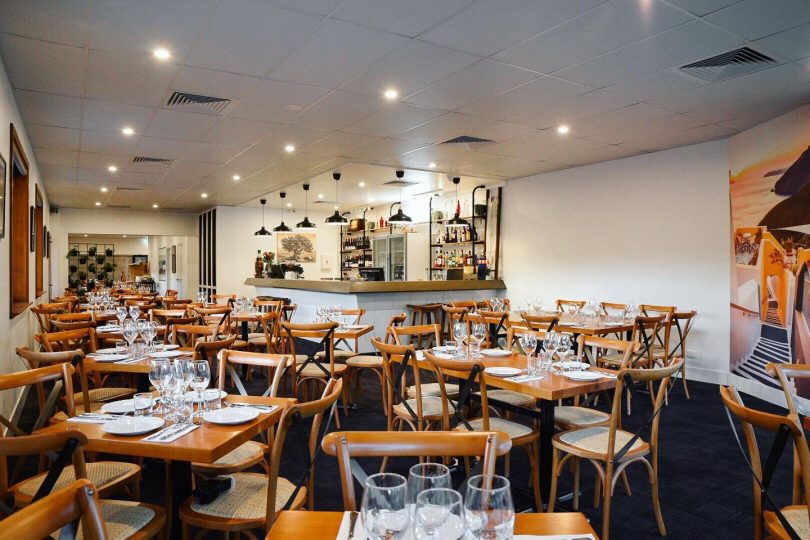 Olive at Hawker is set to open tonight. Photo: Supplied

With the rebuild, the family have installed extra CCTV cameras but Mr Yianoulakis is praying the restaurants would not be targeted again.

“We are hoping and praying that no one targets us again,” he shared. “Whether we buy a house, pour a foundation or open a restaurant, we always get a priest to bless it.

“It is our little traditional thing that we do and it gives a good blessing to the restaurant and symbolises good beginnings.”

The family’s Mawson restaurant needs to be completely demolished and rebuilt as it’s structurally unsound but the family still hopes to reopen it and even venture into Gungahlin in the coming years.

“Our plans for opening a venue in Gungahlin haven’t stopped but we have put it on the backburner,” Mr Yianoulakis said. “We haven’t taken the idea off the table because it is a big thriving area and there is a lack of good food outlets. 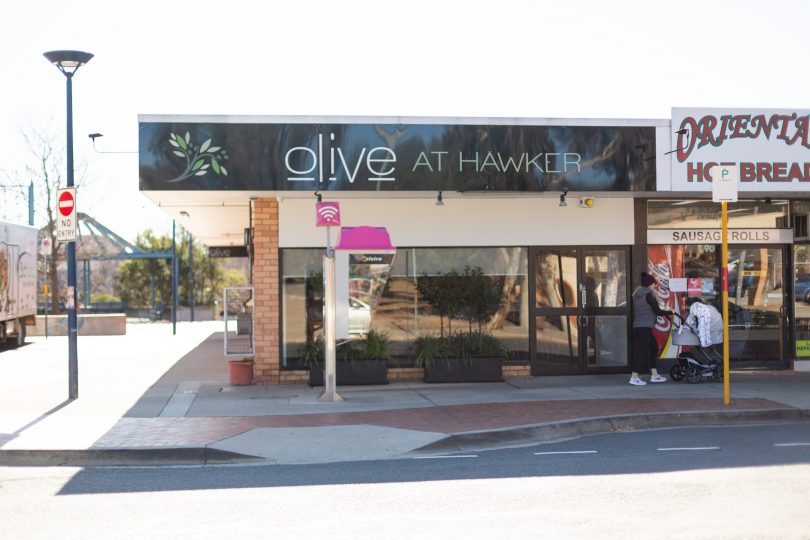 “Mawson needs a lot more work but our main focus is just getting Hawker up and running and then we can concentrate on the other two.”

Anyone with information about these incidents or who saw individuals near these locations the morning of the incidents is urged to contact Crime Stoppers on 1800 333 000, or via the Crime Stoppers ACT website.

So happy that Olive Restaurant is reopening in Hawker. I know how devastated Dimi and his family was when it happened and am so pleased they could get one location back up and running.
Best wishes.

Great News and a great restaurant – we’ll see you soon.

This is one of my favourite restaurants, so glad they are back in business again.

No-one has yet been charged for the arson as far as I know...

Brilliant news! Looking forward to it!

thebscaller - 4 hours ago
Joke of a leader and party. They are making some bold statements and promises that don’t add up. There is no way these prom... View
Acton - 6 hours ago
A conservative is someone who is averse to change. The Labor Party has now held government in Canberra for 19 years, proving... View
JS9 - 7 hours ago
"The problem would appear to be how to pay for them and it’s not easy to pin down Mr Coe on where the money will come from... View
News 45

Caz Ireland - 7 hours ago
Anyone remember when Labor shut down all those schools about 15 years ago? They’ve had 20 years in government so their reco... View
Keith Cheetham - 22 hours ago
Pork barreling at its best as Labor does. And then dont initialise it. View
Bronwyn Wilson - 1 day ago
Where are e teacher librarians going to come from? There are very, very few in the ACT - that’s why so many schools don’t... View
ACT Election 22

Darron Marks - 10 hours ago
The increased spending to duplicate some of our arterial roads has made a difference you are correct. But to say there wasn't... View
Evan Hawke - 21 hours ago
Glory Hammer I totally agree that every area needs politicians who fight for there areas. Most of the politicians in my area... View
Vicki Herbert - 21 hours ago
Glory Hammer haha. Hadn't noticed but will be on the lookout now. View
Lifestyle 9

@The_RiotACT @The_RiotACT
On The Campaign Trail today, the Liberals promise to freeze commercial rates, Labor splashes on schools in the north, Rattenbury backs greens loans for landlords and what your vote's really worth to the major parties https://t.co/9zET4vntyX (15 minutes ago)

@The_RiotACT @The_RiotACT
Confused about whether you are eligible for HomeBuilder? Wayne Harriden from Independent explains who can get the grant https://t.co/EUfDggwMhL (1 hour ago)

@The_RiotACT @The_RiotACT
A strong cold front will hit the ACT and south-eastern NSW tomorrow and Saturday bringing heavy rain, hail, snow and a return to winter-like temperatures. The Canberra region will struggle to reach double figures https://t.co/2DbGfMhWTM (2 hours ago)