One day at a time and a prayer for rain 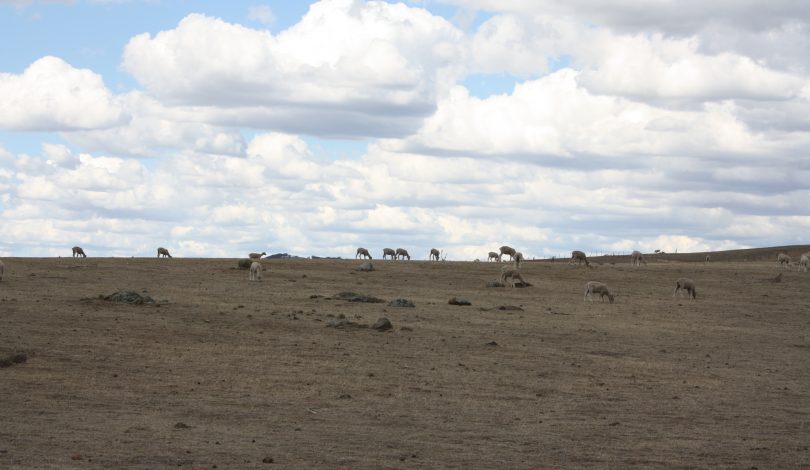 Farmers around Goulburn are doing it tough according to Deputy Chair of the NSW Farmers Association Goulburn branch, Tara Craig. Photos: Supplied by Tara Craig.

It’s an uphill battle for farmers in the region as they try to manage the conditions that a warm, dry Spring has set up in the lead into Summer. But that’s not daunting young farmer and Deputy Chair of the NSW Farmers Association’s Goulburn branch, Tara Craig.

Thirty-two-year-old Tara is a farm coordinator for a local farm business and coordinates operations at Goulburn, Crookwell, Taralga, Stockinbingal and West Wyalong – a significant spread of locations across the Southern and Central Tablelands.

“Conditions are hard. We are still hand-feeding stock at the Goulburn property and most of our crops have failed (around Stockinbingal and West Wyalong). We’ve bailed most of them except for about 200 acres which we’ve left to harvest. We’ve sold some of the crops to the feedlot and kept some for feed on our properties,” Tara said.

While the enterprises Tara co-ordinates have been lucky – having had access to silage stored underground – rainfall has been hit-and-miss across the regions. “We’ve had rain, yet some of our neighbours haven’t.”

“I would say Goulburn is doing it tough. It’s amazing how farmers keep battling on. But we know that it will rain. The problem now is we haven’t had a decent Spring and there is no bulk feed to get us through Summer. Hopefully, we are going to get Autumn rain.”

Summer storms are the great hope. Any rain will help parched soils but forecasts are for hotter and drier conditions. Farmers, however, are just taking it one day at a time.

Earlier this year, farmers in the region were battling to get feed for stock. It’s still hard to come by despite significant cropping for silage in Victoria.

“I’ve been up to Moree and Walgett; those places are just dirt because there’s been too much grazing,” Tara said.

“It’s around $400 per tonne for wheat. And we have 300 head of cattle at Carrick, using 75 bales of hay a week…that gives you some idea. You’re also looking at around $100,000 to put an average crop in. You can graze those crops in winter but in a drought, you have to manage your pastures with forward-planning and lock some paddocks up to protect pastures,” Tara said.

Tara has seen a huge increase in the Western part of NSW of properties up for sale. Locally, she’s seen a rise in clearing sales which could indicate sales being held by farmers without necessarily selling land, to obtain some income.

“You have to remember that farm equipment loans need to be paid back. There could be over $2 million in machinery sitting idle and the repayments need to be made,” she said.

However, while farming can be a long hard road, Tara will readily join the ranks of farmers who love the land and wouldn’t want to do anything else despite the battles. She has a degree in Agriculture from Melbourne University and worked the family farm in Victoria before settling in Goulburn eight years ago.

The Goulburn region delegation to the NSW Farmers Association’s annual conference where drought, inland rail, water and energy policy were among the topics up for discussion. Tara Craig (back row) is the Deputy Chair of the Goulburn branch and aims to contribute a young farmer perspective to rural policy and issues.

It’s important that young farmers step up, including to give advice in tough times, she said.

“Farming is a sophisticated business and so much is changing. My generation should be stepping up. That’s why I took the role with NSW Farmers’ Goulburn Branch. There were no young voices; no-one my age or younger was giving their opinions on the way we see farming going,” she said.

As for farming futures, more money is being put aside for Research and Development (R&D) into farming in a variable climate.

“There are better drought resistant crops now, there’s pasture management to stop overgrazing and there’s fencing off dams and bringing the water to the paddock in troughs but at the end of the day, there’s not much we can do to make it rain.

“But my motto is always ‘farm smarter, not harder’, and I wouldn’t do anything else. I was born and bred into it and it’s always the good times that keep you going; that good-wool cheque. You’re never at your best and you can always do better. It’s seeing the improvements you can make and making them.”

The public image of farmers in drought is one of the farm families battling the elements. As a young, female farmer, Tara steps outside the traditional mould.

“Everyone knows it’s been tough but the younger farmers are optimistic. As a female, I’ve sometimes struggled advising an older farmer and it’s been a bit of a learning curve but other than that, I’ve been accepted.”