One in three ACT cars had dangerous tyre or brake issue, says NRMA 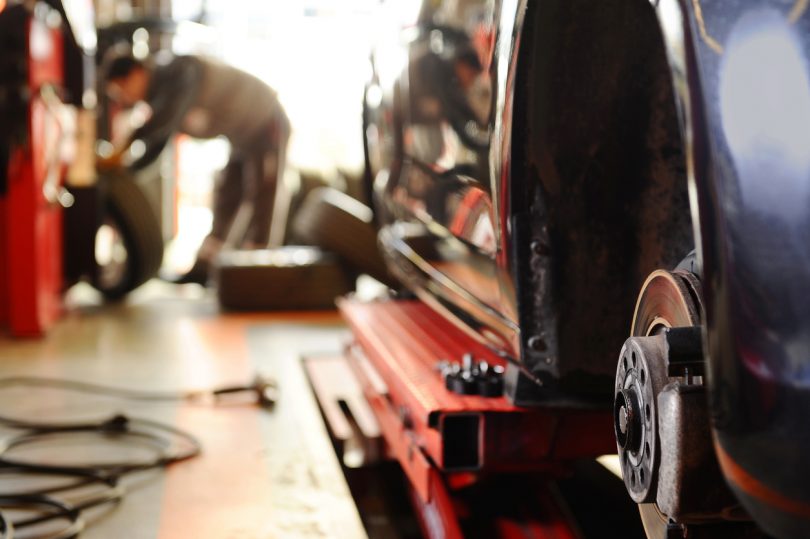 NRMA mechanics are urging motorists to get their tyres and brakes checked after recent data showed that bad brakes and bald tyres were a common sight in the past financial year.

According to a survey of NRMA’s ACT car servicing centres between June 2018 and June 2019, one in three cars serviced had a dangerous tyre or brake issue, with the four most common issues being brakes, tyres, suspension work and cooling system repairs.

NRMA Tuggeranong store manager Steve Oldfield said the data showed that despite motorists being encouraged to bring their cars into a service centre for a safety check every six months, many were still waiting too long between services and putting themselves at risk of serious accidents.

Mr Oldfield said the figures should be a reminder to Canberrans about the importance of regularly servicing your vehicle.

“All these components play an important role in maintaining the vehicle’s ability to perform efficiently and safely on the road,” Mr Oldfield said. “If your vehicle is due for an inspection, it’s important to get that inspection done so you know if there are any issues that need fixing before your safety is put at risk.”

According to the latest annual crash index from car insurer AAMI, one in three car accidents in the last financial year were rear-end collisions, in which bad brakes played a major role according to Mr Oldfield.

“Common brake-related issues include faulty or worn brake lines, anti-lock brake system malfunction or worn brake pads and discs,” he said. “All of these issues can compromise brake performance resulting in longer stop distances and increased accident risks – the only way to prevent this is regular inspection of your brakes.”

“Tyre blow-outs caused by under or over-inflated tyres can suddenly burst, reducing your ability to control your vehicle,” he said. “Worn tyres are more likely to slip, take longer to brake or have a weak grip on the road, contributing to a possible accident.

“Replacing tyres before they completely lose their tread and maintaining optimal tyre pressure are musts for preventing these mechanical failures on the road.”

The data was of no surprise to ACT Motor Trades Association president Michael Burke, who is calling for mandatory inspections of the ACT’s ageing car population.

Mr Burke said the ACT needs to follow in NSW’s tracks and ensure every car is inspected annually.

“A number of members have shown me cars that are post-roadworthy because we don’t have mandatory inspections on cars once they are over five years old,” Mr Burke told Region Media.

“Motorists can just pay for registration online so unless they have got to fix something or get pulled over, a lot of motorists won’t make sure their cars are roadworthy. Canberrans are not aware of the safety issues in their car because cars aren’t checked.”

Sure have, just had new coopers put on ,then got our 60,000 done at Honda belconnen. 😊. It’s cost a packet but knowing we are road worthy, even got told I’ve been soft on brakes, all good there too. Makes my driving so enjoyable not worrying about breaking down etc, Now just got to be careful of the drivers in ACT that think they are invincible and road limits don’t apply to them 😢😠😤😩😩.

Please check your brake lights too! I get sick of beeping and telling drivers pulled up at the lights that they have a brake light out.