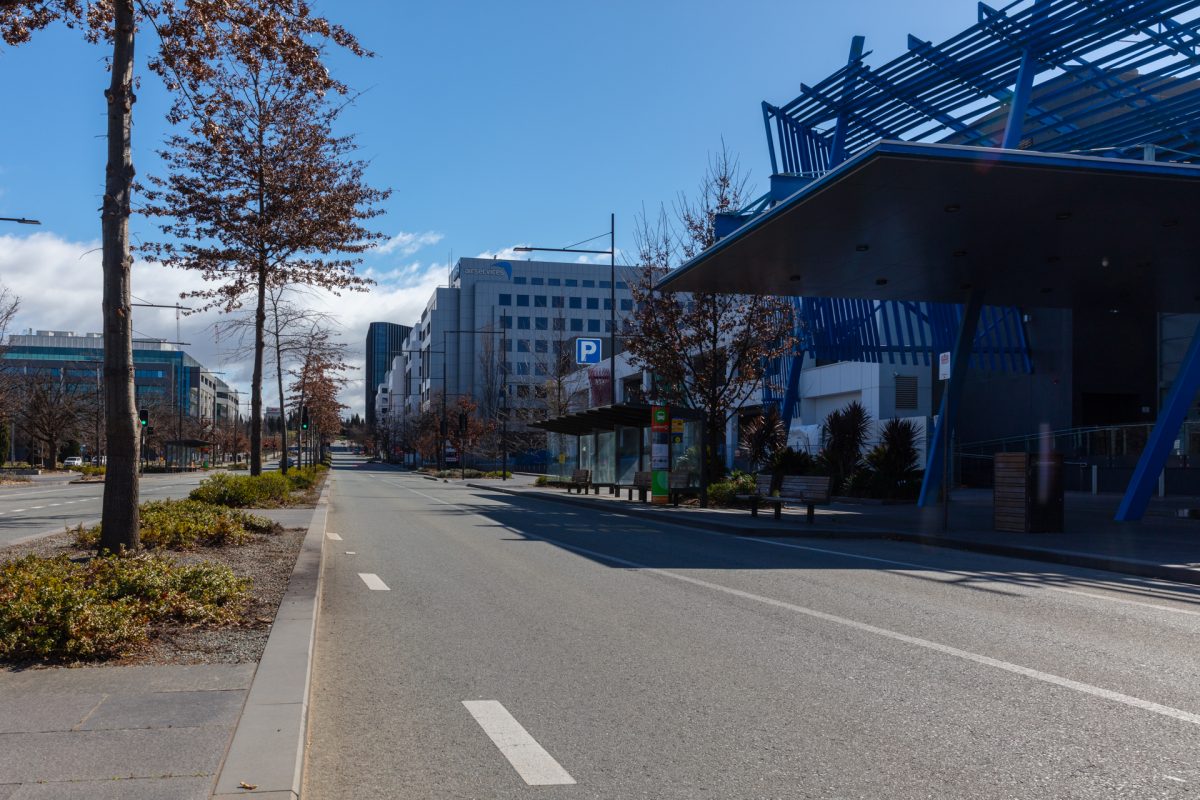 The management at the National Convention Centre is calling for a $12 million temporary expansion. Photo: Thomas Lucraft.

The National Convention Centre says a $12 million temporary expansion could solve its capacity issues, claiming the Territory is missing out on more than $25 million in tourist dollars a year due to a lack of events infrastructure.

Its operators called for the investment in their submission to the ACT Government’s 2022-23 Budget Consultation process, which is open until 27 May.

General manager Stephen Wood said the current facilities prevent the convention centre from being picked as the venue for large business events and conferences.

He also acknowledged it was unlikely a convention centre would be built in the short to medium-term given other infrastructure projects such as the expansion of Canberra Theatre and the stadium would take precedence.

The convention centre has limited banqueting options for groups bigger than 600 people and is unable to host conferences that require more than 2000 square metres of exhibition space. The centre also cannot host more than one large conference at a time.

Management suggested the $25 million annual figure, which was determined following financial analysis by the centre’s operators – InterContinental Hotels Group (IHG) – was “conservative”. It was based on lost and denied business data for the convention centre during the 2017 to 2018 calendar years.

The centre’s submission suggested this was accurate as business tourism had quickly returned to pre-pandemic levels in recent months.

But the $12 million estimate for a temporary upgrade was provided in 2019 and would need to be re-costed to take account of price increases since then. 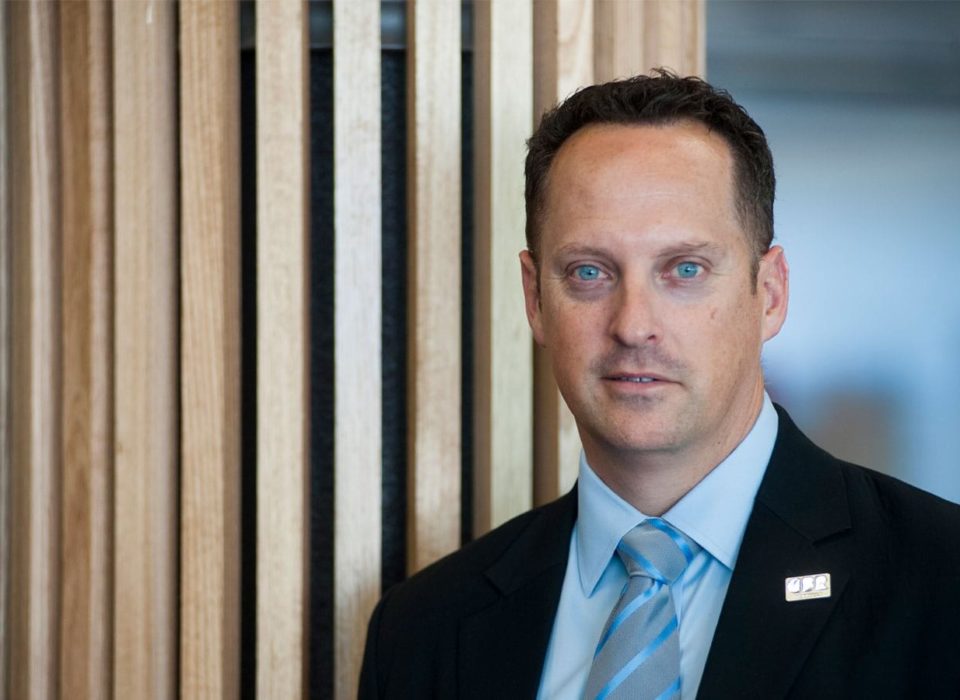 “It is widely recognised that business events foster innovation, investment and collaboration in the industries the events are focused on,” Mr Wood said.

According to centre management, the proposed temporary structure would likely not require the construction of either a commercial kitchen or additional toilets as these are already contained in the current building.

Mr Wood further noted the temporary structure could not only be built in months rather than years, but it could then be sold once it was no longer required, either in sections or as a whole.

“By adjoining the existing Exhibition Hall, it gives the facility multipurpose functionality, adding substantially to the scale of existing exhibition space (up to double the current size) and operating as a new large banquet space,” Mr Wood said.

The convention centre’s calls for expansion are supported by the Canberra Business Chamber and the Canberra Region Tourism Leaders Forum (CRTLF), among others.

CEO of the business chamber Graham Catt said a temporary structure would be a “cost-effective way” to enable short to medium-term growth in the business events space in Canberra.

“The proposal provides the opportunity to secure additional conventions, meetings and events for the ACT with the economic benefits flowing to the Territory,” Mr Catt said.

CRTLF Chair David Marshall said the building of a new convention centre in the Territory remained its highest priority but “understanding the government has indicated the planning and final construction of a new centre is some years away [the CRTLF] fully supports the erection of a temporary structure”.

Proposals to rebuild the now-33-year-old convention centre have been floated repeatedly over the last two decades.

Five years ago, cost estimates for a new centre reportedly blew out to $900 million and the ACT Government pulled the plug, saying the project would require Federal assistance to go ahead.

Earlier this year, it was announced the centre, along with the Mount Rogers Community Centre and Tuggeranong Community Centre, would share in upgrades worth $8.76 million in the Federal Budget.

Chief Minister Andrew Barr has repeatedly said the government’s priority for city development is the Canberra Theatre and cultural precinct redevelopment first, then a stadium and then new convention facilities.

Perfect! Time to convert it to an indoor stadium!

I am in total shock . No one here has blamed Morrison for 21 years of lack of action (even though he has only been PM for about 4 years)

Steve Walmsley and its a different level of government

Reneé Nelson yep that is the whole point. Doesn’t matter what level of government Morrison is blamed. You got the sarcasm. (I live in Banks, ACT)

At least if they go for expansion they won’t have to build another one which will only last a few years! Don’t build anything to last anymore.

The Ziggo Dome in Amsterdam is more of an arena/concert hall and accordingly not suitable for conventions and exhibitions.

Why can’t this joke of a gov’t ever get things right the first time?

What a surprise yet another Canberra Asset thats been let fall apart .Yet we can somehow find money to pay contractors on the Toy Train. Money I might add that DOES NOT come back into the Canberra economy.
Am surprised how legally the local tribe of thieves( Labour party ) were able to write contracts where no money was to be paid to any local firms so that the locals see is a drain on funds and zero returned into the local economy.

Knock it down and build a 25storey something. Is this a real city or not?

Canberra cannot compete with other convention centres in Australia and any expenditure on a new one in Canberra or band-aid extensions to the existing one will be lost money. Globally, the industry is cannibalising itself and the ongoing COVID pandemic has made everybody re-think about travelling.

Gee, Capital Retro, it would appear you are not in sync with your man, Zed, about upgrading the existing NCC:
https://www.canberratimes.com.au/story/7671048/zed-seselja-flags-canberra-convention-centre-upgrade/
Mind you, the promised $15.9 million for ACT community infrastructure projects turned out to be just over half that – $8.0 million

Capital Retro – upon google searching outside your article, the one directly below the link you posted clearly contradicts your views:

About 20 years ago, as part of the industry I was in, I used to visit The Messe in Frankfurt every year for an exhibition. I doubt if many people from Canberra have been to this Messe – there are others in Germany in Cologne and Dusseldorf which are bigger. The site is like a small city with hotels, underground metro station, parking for thousands of cars etc. When an exhibition was on it was difficult to get air transport in and out and the hotels would increase prices 300%.
Times have changed.

How drab and boring the city looks. Can’t even see the water

A plan to build a world class convention centre at West Basin was released some years ago. Barr won’t do it but will instead cram the area with 2nd rate apartments.

Colin Vivian I thought the plan was to build it on London Circuit?

West Basin was preferred site but ACT Government intervened and moved it to City Hill. They’ve since gone cold on that site as well.

“Three potential sites for the Australia Forum were identified by the Scoping Study: Constitution Avenue where the Canberra Olympic Pool is, “City Hill” and “Lakeside”. The lake side development in the West Basin area was favoured by the Steering Committee and 2013
38 Australia Forum Scoping Study
…consultation on the City to the Lake development included the proposal to construct a convention centre in that area. The Committee was informed that proponents have “moved off that position now because the government indicated that site was too valuable to unlock for other commercial activity”

Alex Troy Elsworth Adkins it was. The guy above is wrong.

Colin Vivian I just did. Thank you.

Colin Vivian with a tram!

Your recent investment in zoom conferencing has been brilliant!

Turning the tent into a permanent building would be nice.

My question is, unless you move away from the CBD, are you willing to close for the couple of years necessary to do a major renovation onsite?

The current local Labor Greens gov have only had 21 years to fix this. How many more will it take. Vote labor out

Knock it down and build the promised centre near capital hill