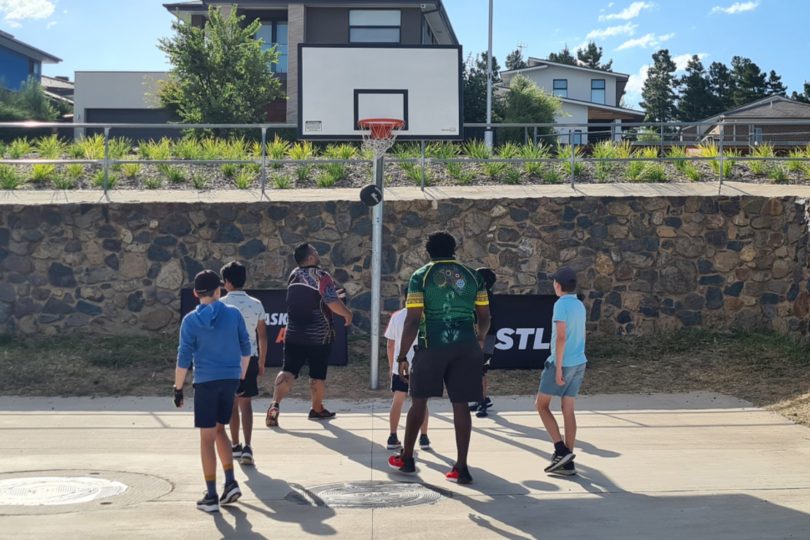 A fresh campaign has been launched for a government-funded indoor multi-purpose sports stadium in the Woden Town Centre with the ACT Greens backing a petition from the Woden Valley Community Council.

The Legislative Assembly e-petition calls on the Government to build and own a multi-purpose indoor sports stadium in the Woden Town Centre that can be hired at a reasonable cost by local
community sports groups.

But Sport and Recreation Minister Yvette Berry has said that it was not Government policy to own such facilities but to support the peak sporting bodies to develop their own, such as Basketball ACT’s centre in Belconnen and Netball ACT’s in Lyneham.

Council president Fiona Carrick said there was a lack of indoor sports facilities across Canberra and Woden’s central location and accessibility by public transport from surrounding districts made it an ideal choice.

Ms Carrick said the the peak bodies such as Basketball ACT, Netball ACT and Capital Football were unlikely to have the resources to purchase land in Woden and build a facility.

“We acknowledge that each sporting code will not invest in a dedicated facility in Canberra’s south so we are seeking a government-owned multi-purpose facility that could be shared and managed by one sporting group, for example, Basketball ACT,” Ms Carrick said.

She said potential players were being turned away and participation rates were not what they could be.

An indoor stadium is part of the Greens policy platform and is listed in the current Parliamentary Agreement.

Long an advocate for more indoor sports facilities, Ms Davidson said the combination of physical and social activity was a key motivator for women’s sport.

“It’s great to have research from the Women’s Centre for Health Matters to identify this need as we discuss ways to improve access to sport facilities in Woden,” she said.

Brindabella MLA Johnathan Davis, whose Tuggeranong-based electorate is also struggling with a lack of indoor facilities, said sport offered a sense of belonging, a community and a connection to one another and to nature, as well as fitness.

“Being active and part of a vibrant sporting community is great for our mental wellbeing which has been thrown into sharp focus by the pandemic,” he said.

In April, the Legislative Assembly supported a Greens motion to develop a long-term strategic plan for sport and recreation in the ACT and the report is due at the end of the year.

The WVCC has been advocating more facilities to be built in Woden for some time after the loss of Woden’s basketball stadium and closure of both the Woden CIT and the MPowerdome in Tuggeranong have left a shortage of indoor sports facilities across the south of Canberra.

The council has been urging the Government to provide more community facilities in the Town Centre where the apartment boom will deliver thousands of new residents.

The government can’t totally wash their hands around the lack of indoor sports facilities in the south.

The ACT Government cracked down on a nearby dirt car park which killed the huge privately run M Powerdome indoor sports facility at Fadden. A very popular location for well priced kids and adult sports. The ACT Government contrarily lets builders, property developers and businesses use public land for dirt car parks right across north Canberra without ever issuing a parking fine or move order.

TheSilver - 50 minutes ago
There is literally no good evidence that "social distancing" or "wearing masks" can reducing risk. At best you can say we don... View
phydeaux - 2 hours ago
Quite so. To put some rough numbers on it, 2017 was a peak flu season in which near 1200 people died, but the 4-year average... View
chewy14 - 2 hours ago
Can't remember when anyone said anything about compulsory flu booster shots? We are talking about Corona Virus, which is sign... View
Community 1

@the_riotact @The_RiotACT
#Gungahlin's proposed #tennis centre is a step closer with a consultant hired to come up with a preferred design for the facility https://t.co/7htQ6Obh5D (53 minutes ago)