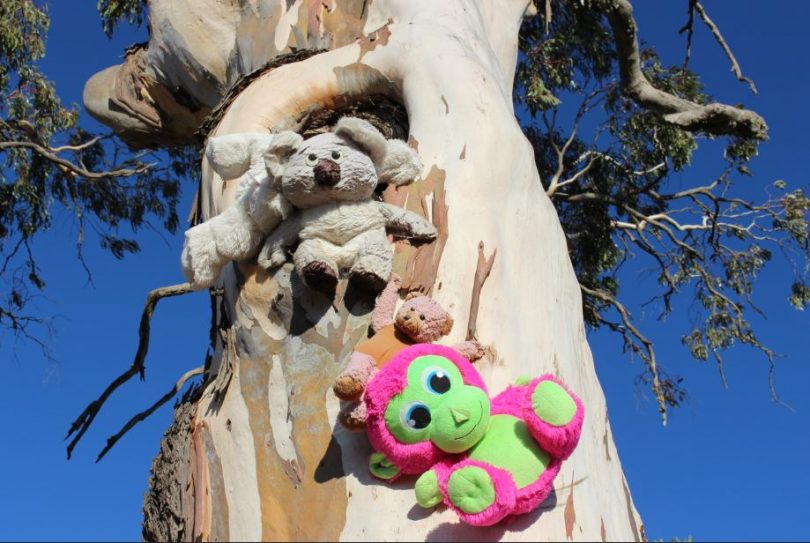 A pink and green addition to the growing collection of teddies, north-west of Nimmitabel, May 2018. Photos: Ian Campbell.

A Monaro Ribbon Gum that first started attracting teddy bears in June 2017 has picked up a new tenant in the last week.

With the naturally colourful tree developing its winter coat, a pink and green alien has been nailed into the trunk about 10 metres off the ground.

The original koala bear sits comfortably in a hollow the National Parks and Wildlife Service suggests could be 100 to 200 years old. 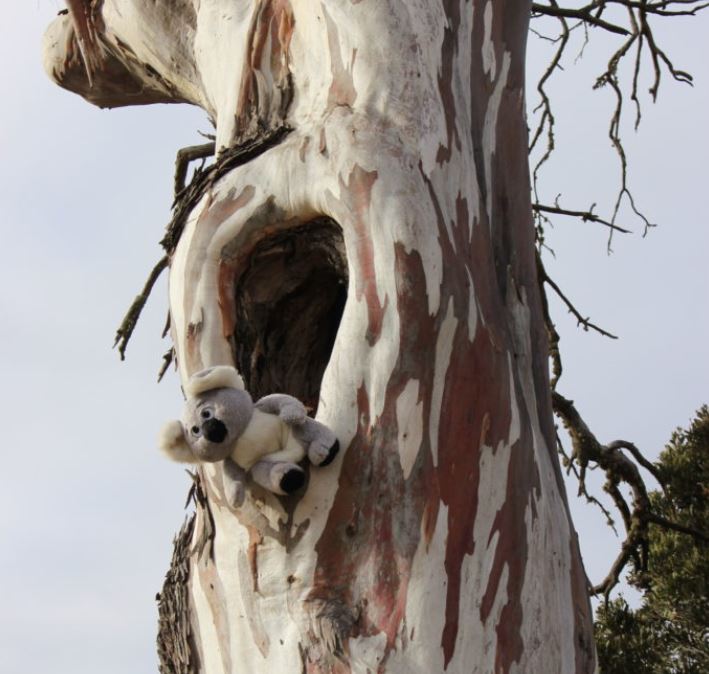 One bear became three in February this year, although the white polar bear who moved in during summer looks to have had a topple in recent times and now sits arse up to the traffic.

The fourth teddy added this week builds to the speculation and mystery around the tree, which grows overlooking the eastbound lane of the Monaro Highway near Nimmitabel. 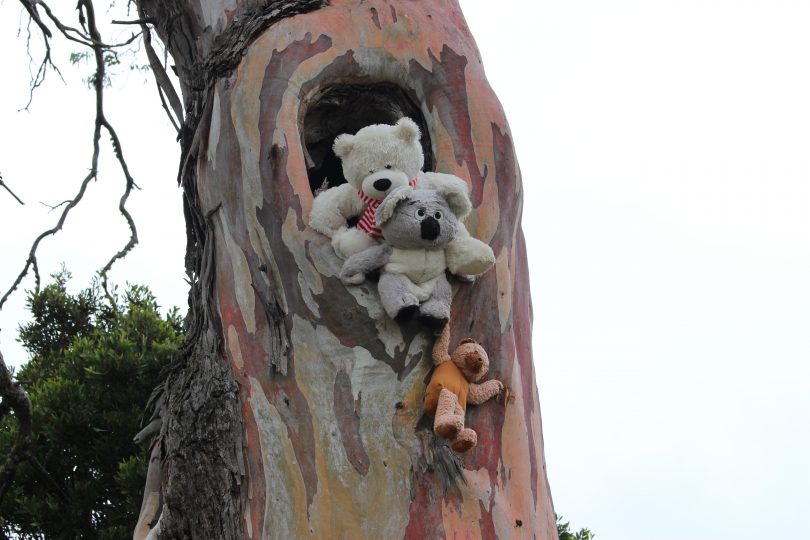 The changing colours of the tree’s truck are highlighted here, just after a second and third teddy was added in Feb 2018.

It seems the tree’s presence in the landscape has always made it a marker on the trip between Canberra and the coast. The last time teddies were added, some described them as litter and a blight on the natural environment.

Stopping to document and inspect the latest arrival, I noticed some more native inhabitants, a nest of sticks high in the branches of the tree, about 50 metres off the ground.

A bird of prey perhaps? 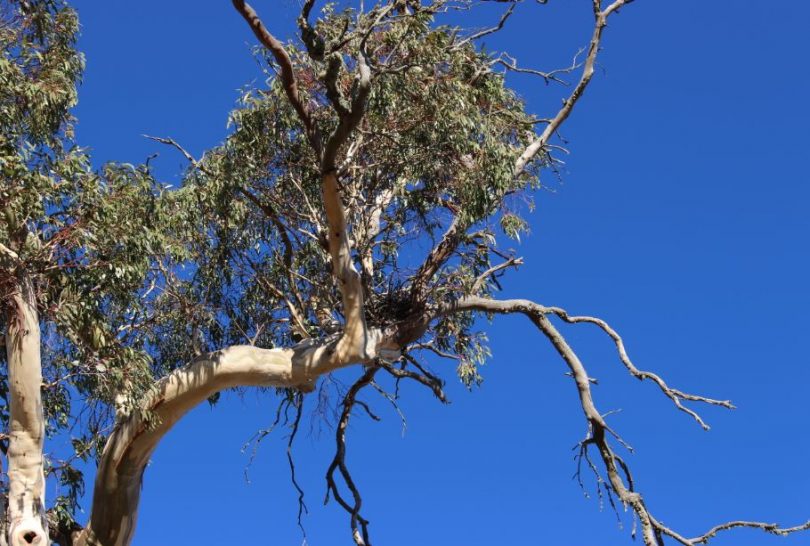 Perhaps the original inhabitants of this popular gum, the nest of what might be a bird of prey, May 2018.

Traffic below speeds by at 100km/hr, hard to fully take in the growing collection, but clearly, something is happening – people are going out of their way to create and add to this talking point.

What will winter and snow traffic bring? Travellers will watch on in with interest. 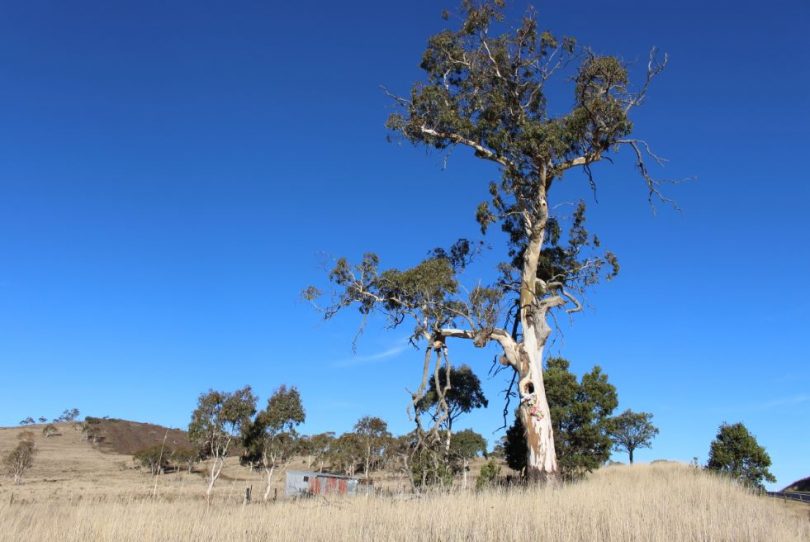 Standing tall and proud in the Monaro landscape, May 2018.

What do you know about the Monaro Teddy Tree?

Peter Hatfield - 25 minutes ago
Or just go to the Jollimont and catch a comfortable coach and be in Sydney an hour faster, and at a fraction of the real cost... View
Greg Myat - 3 hours ago
Ross McConchie I agree with you entirely about using rail more to get trucks off our main routes. But trains are the most eff... View
Gail Annette Tregear - 4 hours ago
Canberra Airport has mow come of age but the Railway Station is much as it has always been. Most visitors don't know it exist... View
Opinion 49

Donna Hofmeier - 28 minutes ago
Why ? NSW Rugby have never been kind to us. View
Jay Annabel - 3 hours ago
If the emus don't mind travelling, why not? View
Matt Fallon - 5 hours ago
Dunx Fallon i rckn both View
Property 12

@The_RiotACT @The_RiotACT
The new #VaxTheNation campaign is urging Australians to get the jab for COVID-19 so music venues can return to hosting gigs and delivering live #entertainment https://t.co/lo3ejx179F (48 minutes ago)