Pint of Science to share big ideas and a beer 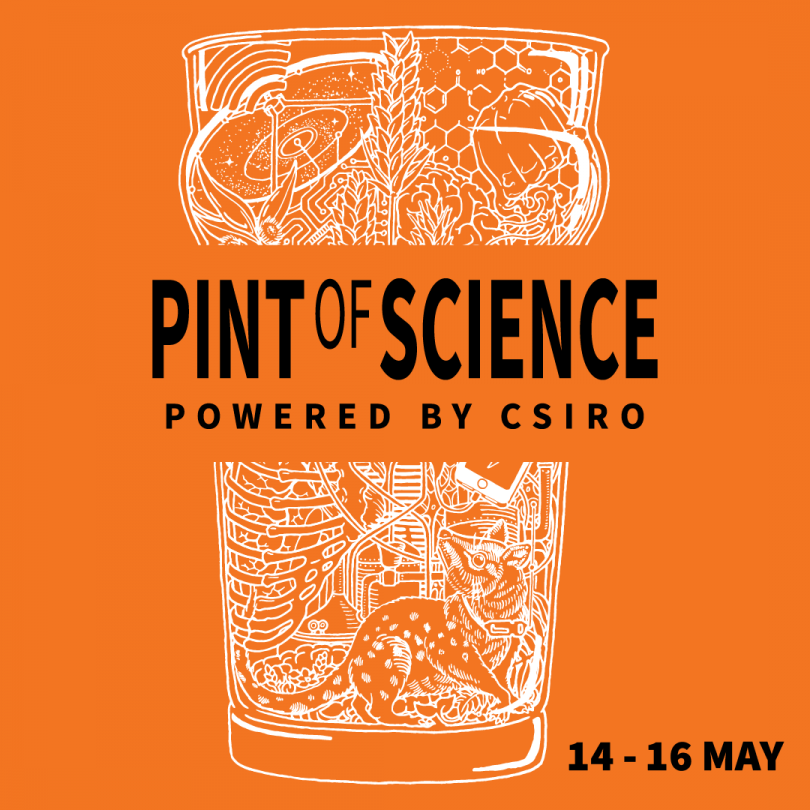 Pint of Science is set to take over three iconic pubs this month.

We all have that one friend – the one who read A Brief History of Time in high-school and won’t stop going on about cosmic inflation and quantum mechanics every time they get more than one cider deep into Friday night drinks.

Now, imagine that next time they ponderously bring up the benefits of fusion power, and you shut them down with a well-reasoned argument about why it’s probably best left up to the experts. Or better yet, delegate to the real-life scientist on the other side of the bar.

“We’re all interested in how the universe works, and where we’re all going,” says cosmologist Brad E Tucker. “It is great to be able to talk about something as big and abstract as the universe in a pub conversation.”

Dr. Tucker is set to speak at Pint of Science this month. It’s a global science festival focussed on the simple yet elegant idea of bringing complex things into perhaps the least esoteric setting imaginable: the pub. 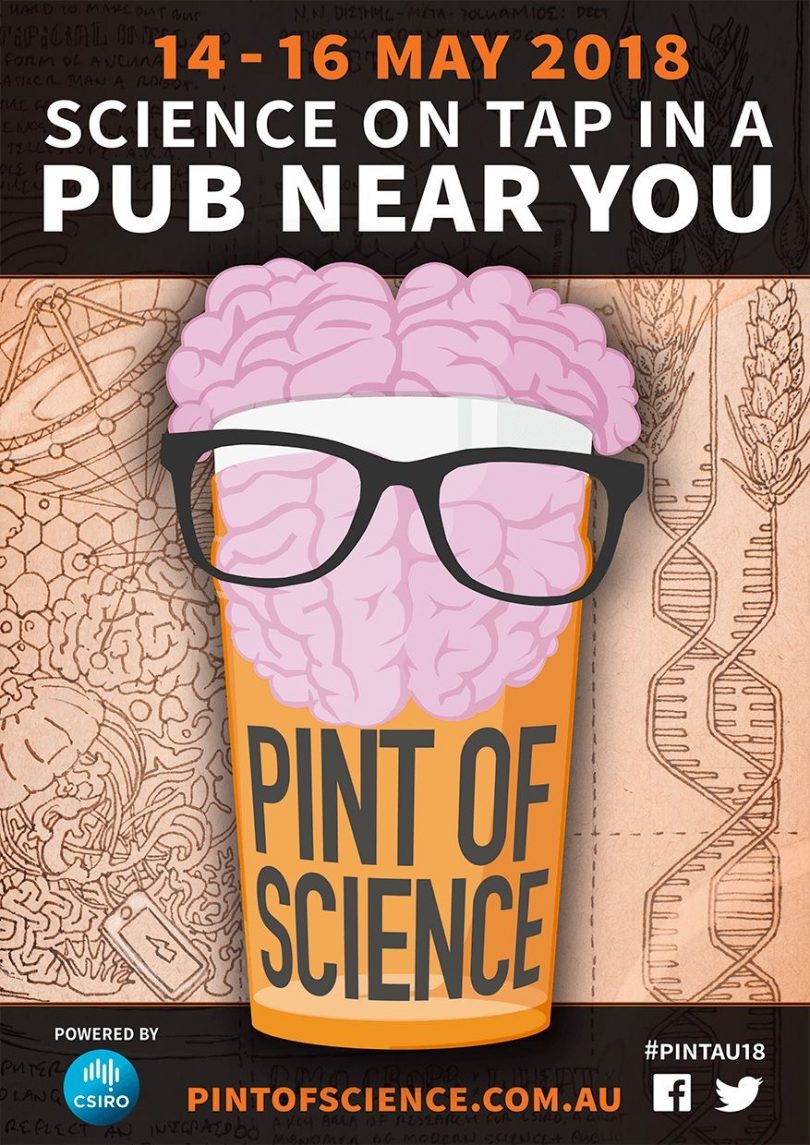 Tap in to your curious self with talks on a vast range of topics.

Powered by Australia’s national science agency, the CSIRO, Pint of Science puts forward an array of speakers, forming a diverse cross-section of the scientific community. Whether it’s unravelling the secrets of artificial intelligence, assessing the risks of UV radiation exposure, or literally watching stars explode, it’s a theoretical impossibility that you won’t learn something new at the festival.

“We want to show Australians all the interesting research happening right here in our own backyard,” says festival co-director Jirana Boontanjai, who herself is a microbiologist. “Pint of Science is all about having researchers connect with their local community in a familiar, relaxed setting … We strongly promote diversity in our festival, and are proud to feature speakers from a range of disciplines, career stages and genders”.

There has perhaps never been a more urgent time to reassess the way in which we relate to science. What with political and education systems that value short-term stability over long-term priorities (cough, cough, climate change) and leave so many high and dry when it comes to scientific literacy, a concept like Pint of Science hands the controls back to the public. It dismantles some of the barriers that stand between people and science, namely a high-quality education and the stigma of being a ‘nerd’.

But whether or not you have strong views about the role of science in society is irrelevant – it’s still pretty cool to settle in for a pint and learn about exoplanets at the same time.

The program is spread across three venues: The Loft at the Duxton in O’Connor, King O’Malley’s in Civic and Gryphons Caffe Bar in Griffith.

You can grab a ticket for just $6 (substantially less than the cost of a first-year chemistry labcoat). Head to pintofscience.com.au for all ticketing info and to suss out which talks take place where.

Pint of Science takes place over three days: Sunday May 14 – Tuesday May 16. Doors for each event open at 6:30 pm for a 7 pm start. All the talks should be wrapped up by 8:30 pm, so you’ll have time to sit back in your chair and silently ponder the scientific relevance of the word ‘organic’ or, even better, ask questions about it.

Should our politicians be prioritising science? Are they doing enough for future generations of inquisitive minds?

Treena Loiterton - 19 minutes ago
Geoff Richardson what about dumping every single record about war/defence on the steps of the memorial and getting them to ke... View
Richard Grainger - 4 hours ago
That building is simply storage. The cost that the Archives desperately need funding for is to digitise the records. A lot of... View
News 64

Ray Ez - 49 minutes ago
Tiger Fit so no memorials for anyone?? Did you think that maybe this sort of thing helps a lot of veterans? View
Ray Ez - 51 minutes ago
Ian Pearson you do understand the consultation was not a vote? They asked for people’s opinions. They are under no obligati... View
Ian Pearson - 1 hour ago
Concur - while Stalin might have said that numbers have a quality of their own, presumably the NCA did not agree. View
Business 1