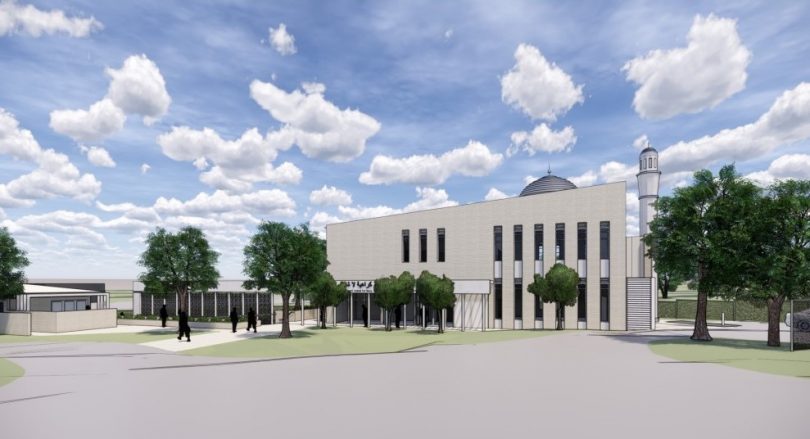 A render of the proposed mosque from the DA. It will hold 300 worshippers.

The city’s Ahmadiyya Muslim community has lodged plans for a mosque to be built on land in Narrabundah behind the Ball Park.

The community has been working towards its own place of worship for years and in 2017 the ACT Government offered it a 4000 square metre block in Narupai Street as a direct sale. 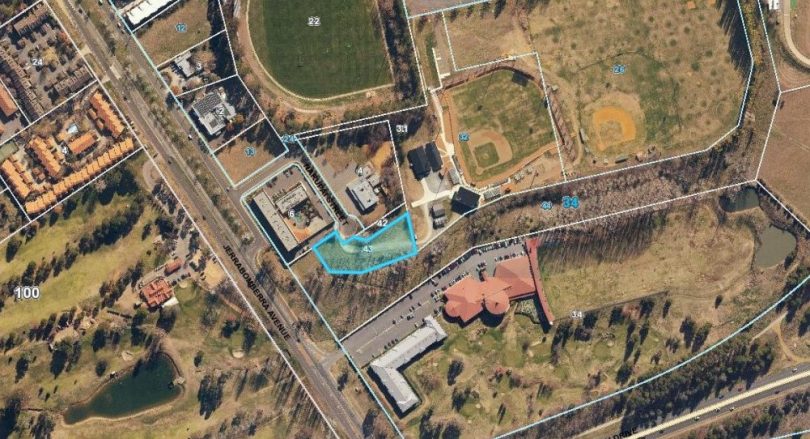 The site is behind the Narrabundah Ball Park and an access road will need to connect with it.

The site, which is zoned CZ6 Leisure and Accommodation, was used as an informal maintenance road to the Narrabundah Ball Park, and a sale condition was that the community provide a formal road to ensure continued access.

The Traffic Report says that access to the VIP car park is proposed from the Narupai Street turning circle, while others would go to the main car park via a road along the northern boundary that will continue on to the Ball Park. 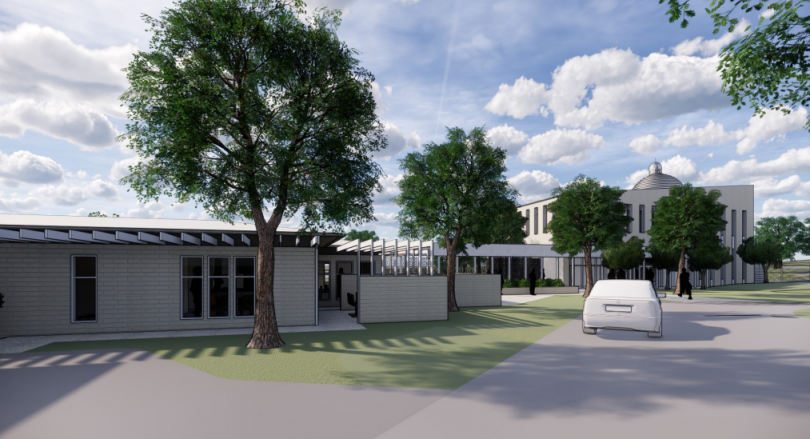 The traffic generated is not expected to have much impact on Jerrabomberra Avenue.

Peak parking demand at the mosque is not expected to coincide with the peak attendances at adjacent venues, including the Ball Park, hotels and the Spanish Australian Club. 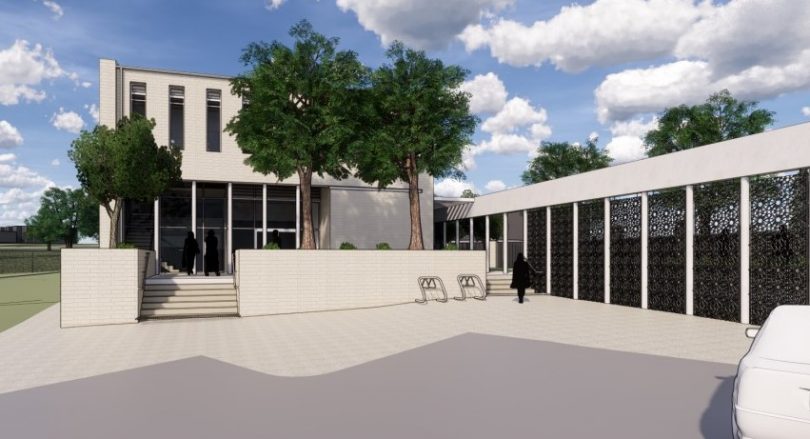 The Ahmadiyya community in the ACT is small, with only 150 members. The movement is an offshoot of Islam, with some beliefs considered to be heretical. Members face persecution in countries such as Pakistan.

It had originally looked at land near the Rivett shops in March 2014 but the site was abandoned before a DA could be submitted due to concerns from residents and store owners about possible parking and vandalism issues.

The community has had to worship in temporary facilities such as the Griffin Centre in Civic.

The mosque will be Canberra’s fourth Islamic place of worship after those at Yarralumla, Gungahlin and Monash.

“The Ahmadiyya community in the ACT is small, with only 150 members. “

So, why do they need a mosque for 300 worshippers?

“we are just concerned about where everyone is going to park”

Ol L - 53 minutes ago
Interest free but still a loan. And who would want a second hand EV given their finite batteries? And yes I do own one. View
bryansworld - 22 hours ago
However, this would create a signal for new suppliers to enter the market and undercut the original ones who are trying to go... View
keek - 24 hours ago
Great way to ensure the prices of these things all rise very sharply once suppliers know there is an easy 15 grand in it for... View
News 11

chewy14 - 3 hours ago
Dolphin, The Greens will never be a realitisic alternative whilst they refuse to deal with reality when determining their pol... View
dolphin - 14 hours ago
its not hard jwinston, just look at the libs and you understand why. they are just too socially conservative for most of us.... View
HiddenDragon - 16 hours ago
"....The question now is making it work and be accessible to as many Canberrans as possible..." No, Zed, the question is and... View
News 31

Kristine Evans - 11 hours ago
Andrew Barr Then you need to let parents into schools before this happens. View
Christopher Marlowe - 14 hours ago
Jenna Vdv that's why HECS/HELP exists View
Rod Phillips - 15 hours ago
I'd like to see a bit more planning and less guessing all round! We've seen the impact of poor quarantine procedures through... View
Community 1

@The_RiotACT @The_RiotACT
Three young detainees who pleaded guilty to a range of charges over the violent 2019 riot at Canberra's Bimberi Youth Justice Centre have avoided spending extra time behind bars https://t.co/UFXHnxAmx4 (2 hours ago)