Poke Something That Bites 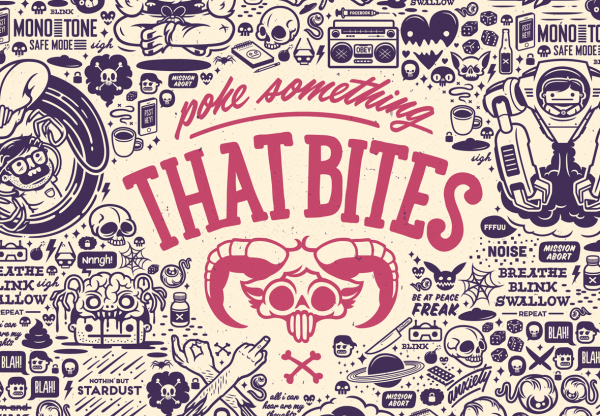 ‘Poke Something That Bites’ is an exhibition that explores the mentally exhausting symptoms of an anxiety disorder. When the mind is like an angry wasps nest thrown into the middle of an elephant’s carcass being torn to pieces by a pack of hyenas it can be difficult to process ‘normal’ or ‘rational’ thoughts.

Your daily routine is a calendar loaded with fear, worry, despair, complete mistrust in others; exaggerated scenarios played out over and over again, while sideline observers whisper ‘crazy’ to their friends.

There are also physical symptoms; shakiness, robotic limbs, sweating. Evading conversation by sticking to the shadows and blending into the surrounding environment. Experiencing the overwhelming urge to transgress into the foetal position while taking a shower.

‘Poke Something That Bites’ is an attempt at visualising these mental and physical symptoms through the mediums of illustration, character design and sculpture/object design.

Cohen is an Australian designer and artist, with a particular interest in mental illness. His work draws people in with bright, almost cheerful colours, before leaving the viewer with a feeling of ice-cold dread once they truly absorb the content.

Influences behind Cohen’s bold illustrative style can be traced back to cartoons like Rocko’s Modern Life, Aaahh!!! Real Monsters and Invader Zim, where the lines between what was appropriate for children but was humorous for adults were often blurred. These conflicting themes continue to be a consistent undercurrent in Cohen’s work, with his art skipping from adolescent optimism to late-stage adult pessimism so quickly, you’d be forgiven for missing the subtle nuances as he attempts to tackle this often difficult subject matter. 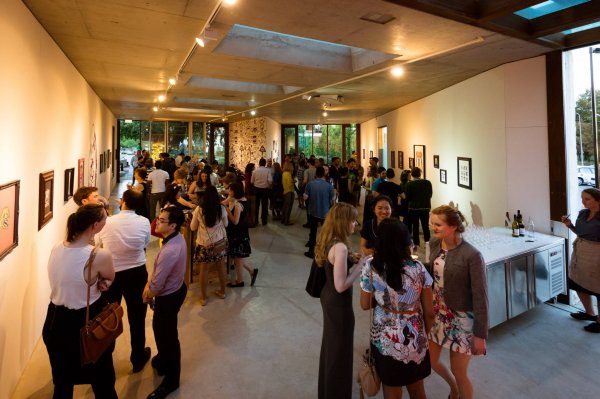 I love this exhibition! I went opening night and was disappointed that I missed out on buying a lot of the originals! Lucky they had prints available and I picked up my favourite piece!

Pradeep Bishwakarma - 41 minutes ago
Crazy market Shiva Sapkota! Only the RBA Can fix this View
Rebekkah Patton - 2 hours ago
Jamie Patton the price 😱 View
Kim Williams - 2 hours ago
Michelle Louise same same here - with a rental crisis in Cronulla - we may end up living on the boat yet 😆 View
Opinion 84

Ian McLeod - 3 hours ago
We absolutely should not build across the river right up to the Brindabellas either as certain politicians have been pushing... View
Ian McLeod - 3 hours ago
Yep love it here but short sighted planning is becoming an issue and light pollution is worsening. The obsession with bright... View
Jordan Ennis O'Neill - 6 hours ago
yep... this place lost its mojo a few years ago unfortunately. things only get worse from here View
Motoring 4

HiddenDragon - 4 hours ago
Another case study of the incompetence and impracticality of this government. Consumed with the big picture, feel good, sound... View
Capital Retro - 12 hours ago
Oh, the perils of virtue signaling. It would be hilarious (like an episode of Yes Minister) if it didn't mean this will cost... View
Opinion 79

ChrisinTurner - 10 hours ago
When did the Stanhope plan expect this expansion to be finished? 5 years ago? View
News 12

chewy14 - 14 hours ago
I think it's unfair that people who work more years than I do, in jobs that pay more than mine does, end up having more money... View
Community 53

WARNING: This story contains descriptions of domestic abuse. As a woman was brutally choked until she blacked out, her attacker...
Property 14

@The_RiotACT @The_RiotACT
Can your boss tell you what to wear at work? This week's poll asks whether common sense about workwear is actually all that common. And readers say the government should rev up our motorsports facilities https://t.co/DoNwT3GgIB (2 hours ago)