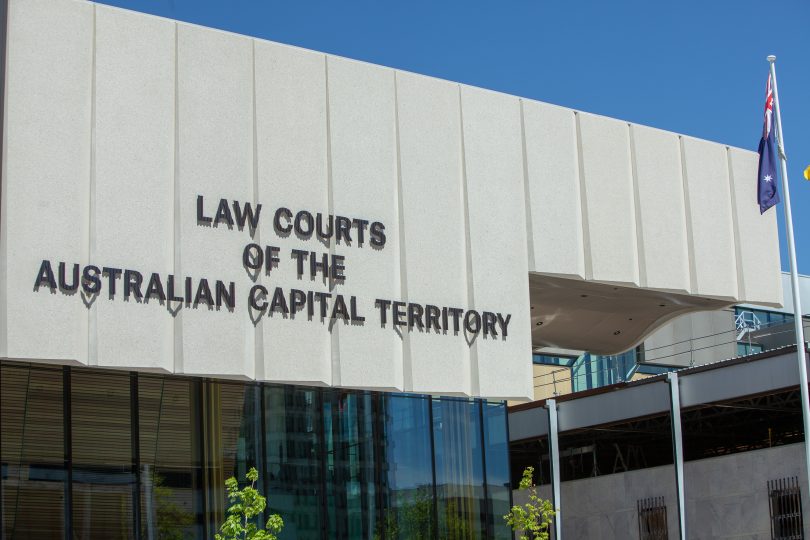 Lachlan Gerald Porreca has been denied bail in the ACT Courts. Photo: File.

Lachlan Gerald Porreca has been charged with dangerous driving after he allegedly almost ran over pedestrians when he drove on a dirt track, drove on the wrong side of the road several times and took police on a multi-suburb car chase.

Court documents show that at about 10:00 am on Sunday (2 May), police were driving on Spofforth Street in Holt when they saw a blue Holden Commodore ute driving south.

Police said the Commodore overtook numerous cars on the single-lane road before driving on to the incorrect side of the road at the intersection of Drake Brockman Drive where it nearly collided with another vehicle.

After the near-miss, the Commodore allegedly drove up a gutter and onto a dirt path towards farmland where three people were walking. They narrowly avoided being hit by jumping out of the way of the approaching vehicle.

Police alleged after about 500 metres, the car went back onto Drake Brockman Drive, then overtook at least 15 other cars by going onto the wrong side of the road.

In Scullin, police activated their lights and siren, indicating for the Commodore to stop, but its driver allegedly chose not to and drove on.

Other officers were in Page when they allegedly saw the Commodore on the wrong side of the road “travelling directly at them”, the court documents state.

The car allegedly moved back onto its side of the road before turning onto the wrong side of the Belconnen Way, forcing two drivers to take evasive action by driving onto the median strip to avoid being hit.

They said the 25-year-old had been disqualified from driving until April 2022.

Mr Porreca applied for bail when he appeared in the ACT Magistrates Court on Monday (3 May).

He has been charged with seven driving-related charges, including dangerous driving, failing to stop for police, driving while disqualified and drug driving.

The prosecutor, Ms Sheridan, opposed bail over concerns he could commit another alleged offence and may not appear in court for future hearings.

Magistrate Glenn Theakston ultimately agreed with her, saying the facts of the case allegedly outlined an “extremely dangerous set of circumstances”, including reportedly forcing people to jump out of the way of a car.

Mr Porreca, appearing over audio-visual link, became visibly upset when told he would not be granted bail but would be held in custody ahead of his next court hearing.

Magistrate Theakston adjourned the case to 25 May, but Mr Porreca was no longer paying attention. By that stage, he had stood up and was moving around the ancillary courtroom before the magistrate had finished speaking.

More drug and dangerous driving… remind me why soft drug laws, pill testing and more drug use is going to be a good thing..?