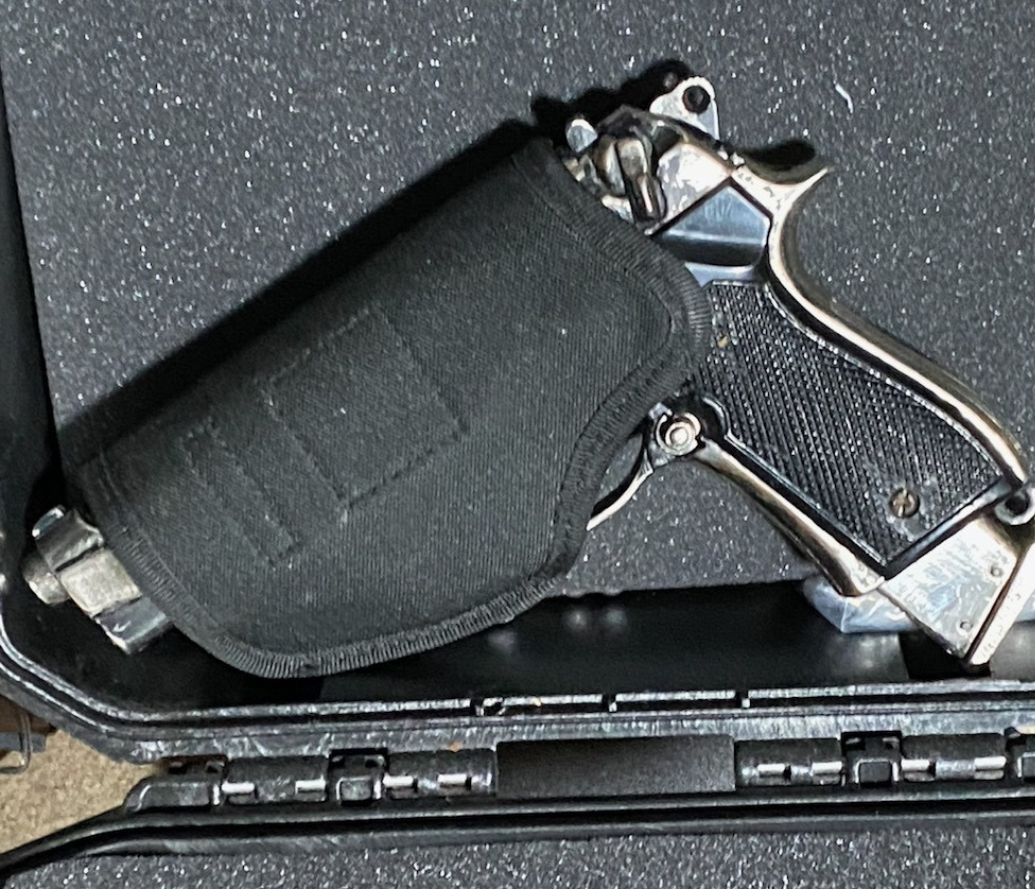 The replica firearm seized in the raid. Photo: ACT Policing.

Drugs, a replica firearm, and cash have been seized in a police raid on a home in Belconnen yesterday (18 November).

ACT Policing said officers from Belconnen station executed a search warrant about 10:30 am in Howie Court and on a vehicle belonging to the resident.

Police located the replica handgun and metal ball bearings that could be fired from it, along with substances suspected of being cannabis and methylamphetamine, cash and other drug paraphernalia.

READ ALSO ‘I was cheeky’: meet the Kambah woman who fooled the Stasi to escape East Germany

The replica handgun was rendered safe at the scene.

Police suspect the cash to be the proceeds of crime.

A 51-year-old man will be charged with firearm and drug offences via summons.