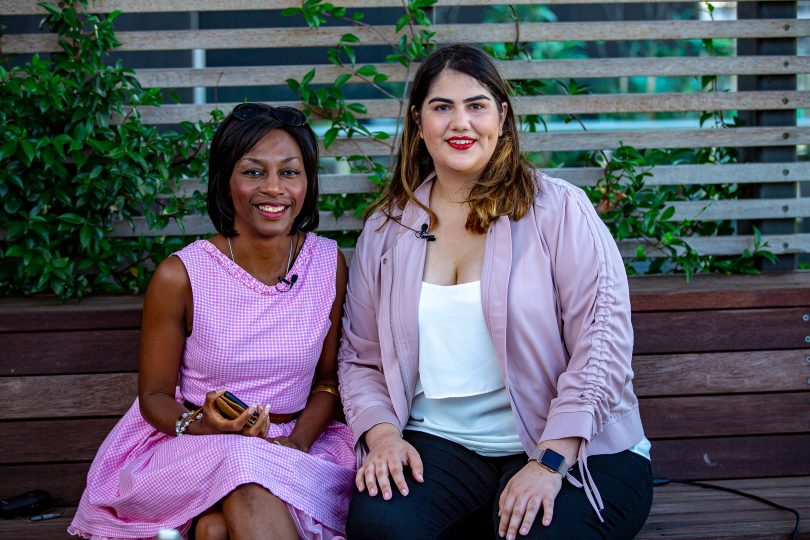 “If you can’t see it, you can’t be it” goes the mantra: we all need role models and inspiration, and sometimes the most powerful icons are right there in our own backyards.

Powered by Passion is a new Region Media series by Nina Gbor that takes us inside the lives and motivations of some remarkable Canberra women.

Did you know that Canberra hosts the youngest person to ever be named in Australia’s 100 most influential women’s list? And if you think that’s impressive, she was even nominated as a Whitehouse Changemaker for Gender Equality by arguably one of the most high-profile power women in the world, Michelle Obama.

But perhaps what makes her achievements all the more deserving is that this 23-year-old catapulted herself to a position of influence from a painful past marred by gender-based violence.

This is one part of Caitlin Figueiredo’s story. But at such a young age, the founder of Jasiri – a platform for young women and girls to fearlessly face their future through self-defence, social entrepreneurship, and mentorship workshops – is still writing her incredible story.

Watch her full interview with Nina Gbor below.

Canberra’s Caitlin Figueiredo has packed a huge amount of living into her 23 years and her achievements are nothing less than astounding. She talks to Nina Gbor about her passion to serve others and her incredible story. Watch the full interview below.