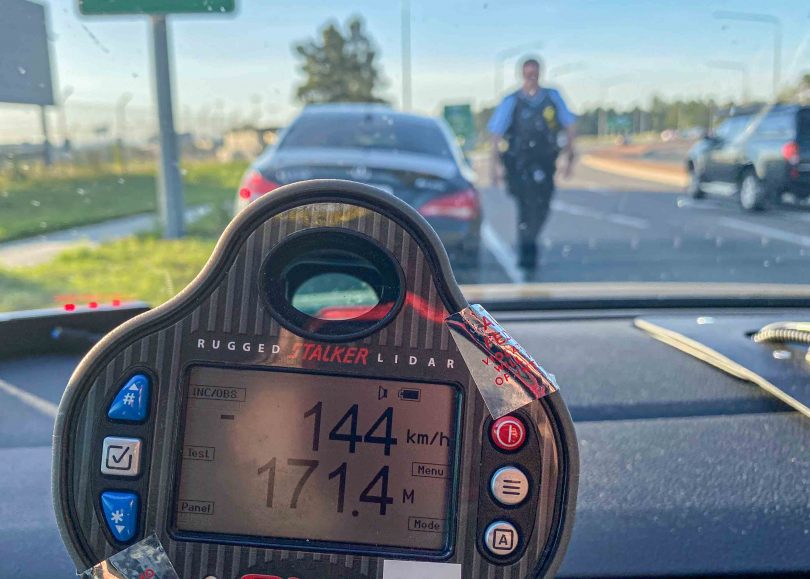 Are the ACT’s multiple speeding zones fair, or a confusing mess? Photo: File.

As our vehicles transition towards a renewably powered fleet, who pays for the roads?

Both South Australia and Victoria have decided to impose a road user charge on electric vehicles. Victoria plans to impose a 2.5 cent a kilometre charge on EVs and a 2c/km charge on plug-in hybrid cars from next July, while SA is yet to announce a rate.

Here in the ACT, Chief Minister and Treasurer Andrew Barr has ruled out a specific tax on electric vehicles but that doesn’t mean EV drivers will get a free ride when it comes to maintaining the ACT’s roads.

Mr Barr said all states and territories would move to some form of road user charge over the next decade, likely replacing the combination of flat fee registration charges and fuel excise, as it declines with the increasing number of EVs on the road.

We asked, should ACT electric car drivers pay a road use charge?

This week, we’re wondering about the ACT’s variable speed limits and whether they’re driven by common sense or revenue-raising opportunities.

There’s been a recent speeding blitz in Canberra, and police have been on the front foot about excessive speeding and the very real dangers of people travelling at almost twice the speed limit on the Territory’s roads. But how many points have been lost when there is a speed van over the hill or tucked behind a tree not far after the speed limit changes unexpectedly?

Jenny Bolin said: “Streets around me in Chisholm have been recently dropped from 60 to 50, yet the same types of streets in neighbouring suburbs remain at 60. There really needs to be some consistency! A section of Mugga Lane, at Hindmarsh Drive end has a section that is 60 on one side and 70 on the other – go figure. I am just confused!”

And Steve said: “Parkway and GDE should be 110, and 80 when it’s raining (yes you can do it with variable speed limits sign). The mishmash of 50 and 60-speed limit areas is confusing, particularly when the posting of limits is vague and inconsistent to say the least. ACT Policing needs to increase their visible presence before lecturing people on speed, in my opinion.”

But not everyone agreed.

Greg Hansen countered: “I can’t think of any tax that can be avoided so easily. Stick to the limit, no tax”, before adding that “the limit between my home and the golf club used to change 17 times in 9 kilometres but I managed to stay within the limit. It’s not hard”.

Who says EVs are NOW, and always will be, recharged by renewables!? It’s NOT the case now and won’t be for a very long time. For the author, have you got PV/Solar panels on your home’s roof!? After all, your home is nearly always ON, no?! Soo, .. how energy-efficient is your residence? Eg. Does it run due East-West or nearly?
When you bought your home, were any such features on your list?! For ours, back in 1981, all the still relevant ones were.
The first ‘OIL-SHOCK’ happened in the 1970s!!!! For all the GREEN-ness of the territory’s government have they mandated energy-efficient orientation or any OTHER EE features for any buildings? I used to be a Green and a contributor. Done my bit, I feel.