Probing the polls: hotspot woes and rethinking the ACT's roads 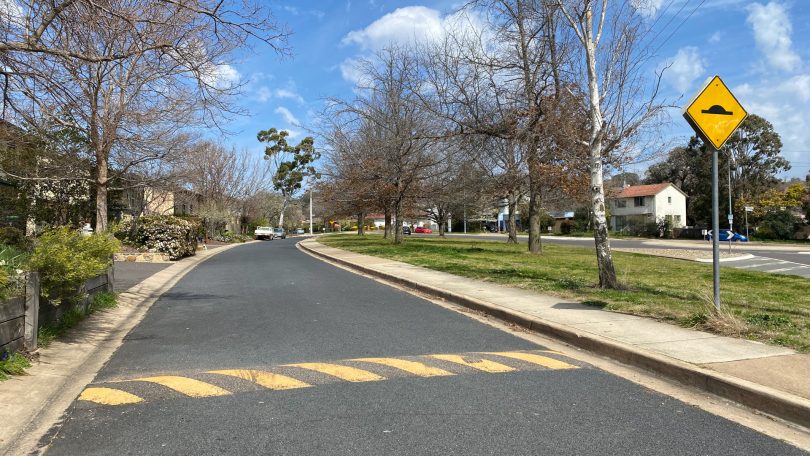 James Coleman argued the ACT’s roads are designed to needlessly slow us down by narrowing them and adding speed bumps. Photo: Michelle Kroll.

Irritation with COVID-19 restrictions is simmering across the community as the virus-free ACT continues to be classified as a hotspot. And this week’s poll results show that many of our readers are pretty much over it.

There’s still been no clarity about what does or doesn’t constitute a COVID-19 hotspot. The ACT was listed by Queensland as a COVID-19 hotspot on 8 August. The last active COVID-19 patient in the ACT had recovered a week earlier on 1 August while the last cases were diagnosed on 9 July, almost two months ago.

READ ALSO How more COVID-free could the ACT be before Queensland removes our hotspot status?

So why has the designation stuck?

Bekah Glaz said: “Because ACT is wholly inside NSW, and no border restrictions? I mean really?”

But Mark Boast thought that “Queensland’s simplistic approach to virus spread control using state borders and designating ‘hotspots’ without consultation is politicisation of an epidemic. I find this unintelligent, unAustralian, and bordering on inhuman. It should be called out for what it is … and I want to see my Granddaughter again”.

We asked whether the ACT should be classified as a COVID-19 hotspot? A total of 1063 people voted.

This week, we’re wondering whether it’s time to rethink how we design Canberra’s roads.

There was vigorous debate about James Coleman’s contention that the ACT’s roads are being designed to needlessly slow us down by narrowing them, adding multiple speed bumps and keeping speed limits low. He says it’s time to rethink our roads.

“Modern cars typically go, stop and corner vastly better than their predecessors, but speed limits have hardly changed for 40 or 50 years, and those that have, have gone down,” he wrote.

“Of course, it’s a little more complicated than that. Speed limits have to strike a happy medium between a learner driver and Mark Webber, an Audi RS3 and a Leyland P76, a clear, crisp day and a wet, icy night.

“But we could still go all day listing roads that could safely benefit from a bigger number (the Federal Highway springs immediately to mind).”

Paul Melling noted: “I have looked at the streets that have been laid out in Whitlam and if a car is parked next to the gutter, on opposite sides of the road, there appears to be no room for another car to get through”.

But Philip Cristallo asked: “Narrow roads? Look I don’t even drive and I know these roads are wider than most cities … I think the main issue is people can’t drive … Or people are too impatient, one of the two.”

I think the issue of lowering road speed limits for safety had been tainted by Green agendas to discourage and inconvenience motorised vehicular road traffic for environmental purposes and to get people onto public transport or bikes rather than being purely an issue of safety. The Greens had called for lowering the speed limit to 40km/h on Northbourne Avenue and very low speed limits in Canberra City (Civic).

Snap a road block and ‘border bubble’ on to NSW

There’s only a few roads in and out