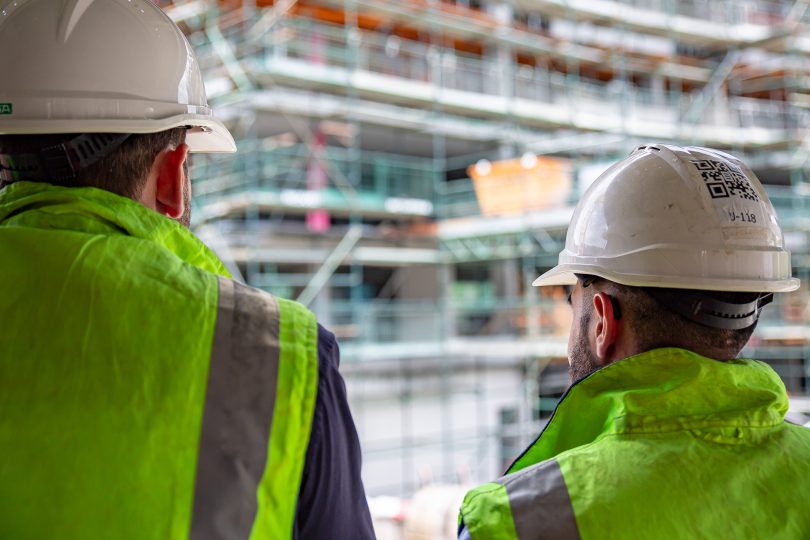 The property industry is the third biggest employer in the ACT. Photo: File.

The ACT property industry has moved to rebuild a reputation tarnished by the building defects issue and the effects of the Government’s relentless regulatory resort to rein in what it calls the Territory’s dodgy builders and developers.

A coalition of industry and business organisations say it’s time to counter the negative perceptions generated by the media attention and the Government’s tough stance by literally changing the narrative and telling the positive story of a sector critical to the ACT economy and the future of the Territory.

Master Builders ACT, Property Council of Australia and Canberra Business Chamber launched the Our Place campaign at the National Gallery of Australia on Friday. It presents the human face of the property industry and emphasises that builders and developers are very much a part of the Canberra community.

The industry insists that there have been only isolated instances of poor building in the ACT and that it wants to work with government to achieve the same goals.

Industry leaders have also noted that Our Place isn’t about taking on the Government over what the industry sees as heavy-handed measures such as developer licensing and making company directors liable for defects, but connecting with the community and restoring whatever trust has been eroded in recent times.

Nonetheless ACT Property Council Executive Director Adina Cirson wasn’t about to let the Government off the hook, saying attacking the industry was easy politics and it needed to substantiate the number of complaints allegedly received about building defects.

“The government finds it very easy to point the finger, but what we’ve been asking for is better compliance and better enforcement,” she said.

Master Builders ACT CEO Michael Hopkins said the industry felt the need to balance the negative media reports with the stories about the overwhelmingly positive work that the ACT industry had done.

He and Ms Cirson rattle off the stats: 20,000 jobs, one-in-seven employed in the sector, the third biggest employer behind government and health services, and contributing 60 per cent of all taxes and charges that fund schools, hospitals, infrastructure and services.

“We want Canberrans to feel confident in our local building industry,” Mr Hopkins said, again calling on the Government to implement sensible reforms such as the 24 recommendations of the national Building Confidence report.

Ms Cirson said some amazing buildings were being constructed in Canberra and there was a human story behind each of them them.

“Part of the story we’re going to share on this website in coming months is about the people behind this development, people who live here, invest here, choose to do business here, raise families here. They are part of the community, not separate,” she said.

As an example of the sector’s contribtion to the community, Mr Doherty cited the Village Centre at the National Arboretum, which is not only one of Canberra’s new nationally recognised landmarks, but was also constructed by local builders. “Our company alone contributed over $1.5 million to the creation of that beautiful public amenity'”.

Mr Doherty said it was important that people see the contribution that people in the industry make as human beings, such as the work done on boards and charities as part of the Canberra community.

He said reputation and trust were vital. ”It’s not only the confidence that people buy homes from us have that they are going to be there for the next 30 or 40 years, it’s also the contribution we make to the community.” 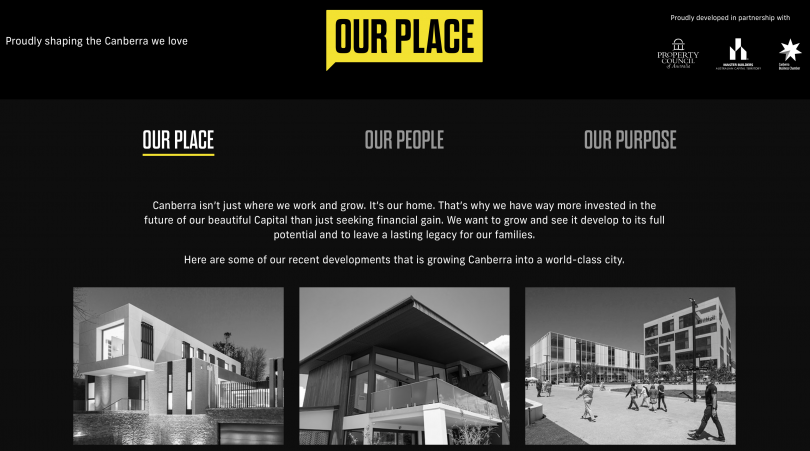 “The government finds it very easy to point the finger, but what we’ve been asking for is better compliance and better enforcement,” she said.

So its all the Government’s fault that you have shoddy operators out there doing a dud job on consumers then?

Pull the other one wannabe bankers…

How sweet. Lovely local ppl helping others into home ownership. But sometimes bankrupting them with remediation needed for shoddy work. Just like our rorting bankers THEY never end up in jail or even in financial difficulties

David Jenkins - 32 minutes ago
Road rules aren't the same as licencing 🤷‍♂️. Make up your mind which you're going to have a whinge about. Given hor... View
Claudio Neumann - 5 hours ago
Jesse Pricsina I feel these vibes very strongly. also get off my lawn darn kids with their scooters View
Michael Ilsley - 6 hours ago
I love scooters, fabulous! View
News 12

Chris Prentice - 2 hours ago
Matthew Soall But it is a business. View
James Vetos - 2 hours ago
A committed centre of learning excellence... Nope, a one trick business struggling under a poor business model. Should be ash... View
Liam O'Toole - 4 hours ago
Emphasis on international students. ANU is discovering the results of putting all your eggs in one basket. View
News 68

After-school milkshakes, scones and cakes. The Blue Moon Café in Canberra’s Civic Centre was a social hub in the city’s...
News 28