Qantas Wallabies take on Argentina in Canberra this Saturday 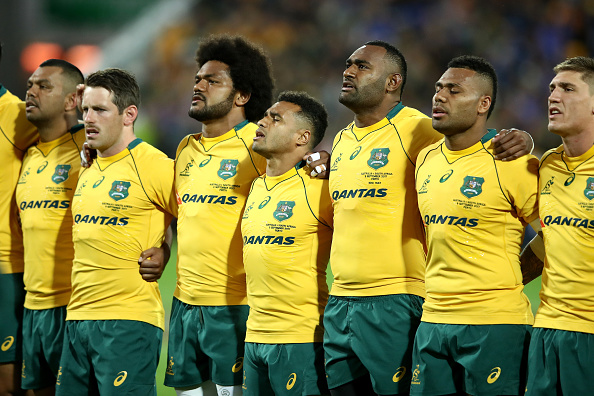 International rugby union action returns to Canberra when the Qantas Wallabies take on Argentina at GIO Stadium this Saturday.

This is the first Test match to be played in the Nation’s Capital since 2010 and is part of the 2017 Rugby Championship series. Crowds should expect some exciting rugby this weekend.

Former Brumbies Captain Stephen Moore, who moved to Queensland Reds earlier this year, is also included in the Wallabies squad.

Argentina scrumhalf Tomas Cubelli is also expected play in this clash against his former Brumbies teammates.

Scott Sio is a new breed of front rowers in the Wallabies squad and is one of the Australia’s most talented set-piece props. He has lived in Canberra and played in the Brumbies, Canberra’s Super Rugby team, for the past six seasons.

Canberran’s are passionate and love their Rugby; they are like big family said Sio.

“It’s pretty special for me to be able to play a test match here [in Canberra] in front of a lot of loyal Brumbies and Wallabies fans,” he said.

“It will be great for us to start building some momentum heading into the rest of the year by getting a good win this weekend against Argentina.”

Sio said the Argentinian team have a strong set-piece, with a lot of flair out wide and they are able to attack from anywhere on the field said.

The Wallabies have a strong attacking structure and have definitely improved their intensity, one-on-one tackles and defence over the past two test matches.

“We’ve always had very close encounters with Argentina the last few years. So here’s to a good Test match in Canberra this weekend,” he said.

Sio said Canberran’s should expect to see some exciting, free-firing rugby this weekend.

“There will be some good tries built off the back of some strong set-piece and a lot of tries for the Wallabies; a lot of points scored.”

“That’s what every Wallaby fan wants to see.”

“To all our Canberra fans, I’d love to see you out there in whatever colours.”

“[I’m] looking forward to a good game at GIO stadium.”

The Wallabies have won each of the four previous Test clashes in Canberra, defeating Tonga, Argentina, Italy and Fiji between 1998 and 2010.

Tickets for the Qantas Wallabies 2017 Rugby Championship are available through Ticketek.

I tried to get the prices of tickets through the link to Ticketek but they are not evident unless one makes a commitment to purchase them.

Anyone know what the cost is?

Ticket prices* for the Qantas Wallabies v Argentina are listed at rugby.com.au as follows:

I tried to get the prices of tickets through the link to Ticketek but they are not evident unless one makes a commitment to purchase them.

Anyone know what the cost is?

Dean Okeeffe - 15 minutes ago
i was talking about the companies that use them read before trolling me read the context View
Ashley Hillstead - 57 minutes ago
That being said it looks like losing a prop won’t take their drones out so I guess they just hack it and repair any damage View
Ashley Hillstead - 59 minutes ago
Dean Okeeffe anyone who’s ever used drones even recreationally knows birds go for them too, there are hundreds of videos on... View
Opinion 49

Craig Sutton - 37 minutes ago
Kathie Nash Yeah thanks scoop 🙄 I was referring to the entire northern part of Australia. Cairns, Townsville, Darwin etc... View
Sharon Cabban - 48 minutes ago
Lani Metcalfe future for Jack View
Kathie Nash - 2 hours ago
Canberra will never get its own AFL team while we only have a 'stadium' that holds 13,000 at maximum. Need a bigger stadium t... View
Food & Wine 15

Megz Frohling - 58 minutes ago
Rachel Claire I must try it. View
Rachel Claire - 1 hour ago
Megz it’s yummy! I have had takeaway from there!!!! View
Jay Shak - 2 hours ago
Amy da fabled curry View
News 165

Julie Macklin - 60 minutes ago
Peter Hatfield Not faster if the bus gets stuck in peak hour traffic in Sydney, as has happened to me. I used to catch the bu... View
Peter Hatfield - 2 hours ago
Or just go to the Jollimont and catch a comfortable coach and be in Sydney an hour faster, and at a fraction of the real cost... View
Greg Myat - 4 hours ago
Ross McConchie I agree with you entirely about using rail more to get trucks off our main routes. But trains are the most eff... View
Property 13