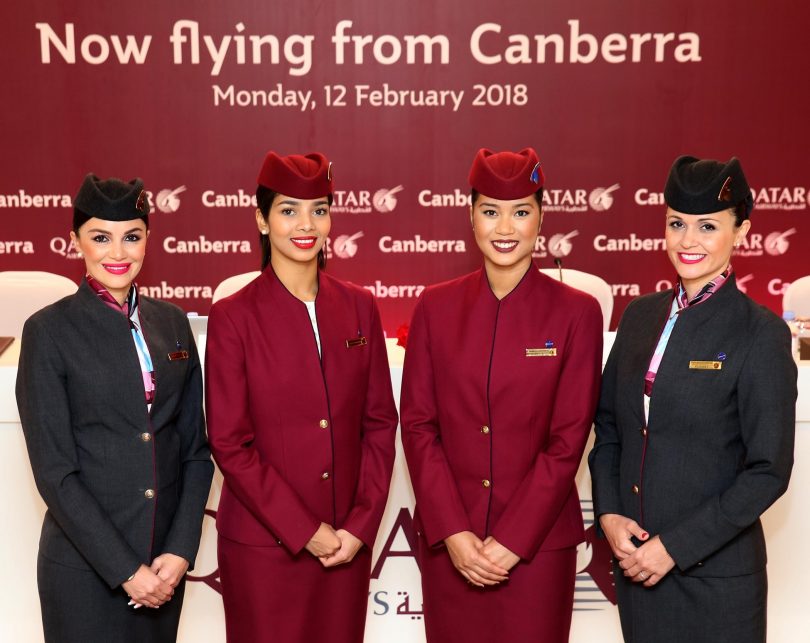 Qatar Airways, which began daily flights from Canberra to Doha on Monday (12 February), has floated the possibility of building a five-star hotel in Canberra as part of its long-term commitment to the national capital.

At a press conference yesterday (Tuesday 13 February) at the Hyatt Hotel to launch its new service, Qatar Airways’ Group Chief Executive, Akbar Al Baker, said the airline, which also owns hotels, was keen to bring one of its top brands to Canberra, if an appropriate site at the right price was available.

“The capital city of this great nation deserves more options for people,” he said. “There is potential for more five-star hotels and Qatar would like to bring one of these top brands of hotels to Canberra given the appropriate real estate,” he said.

Chief Minister who fronted media along with Canberra Airport Managing Director Stephen Byron, was more than open to the idea, saying that he had been talking about the need for more five-star hotels in Canberra for a number of years now, and spruiked the advantages of Canberra’s leasehold system.

“We have sites that are available and clearly there are also desirable sites held by the private sector,” he said. 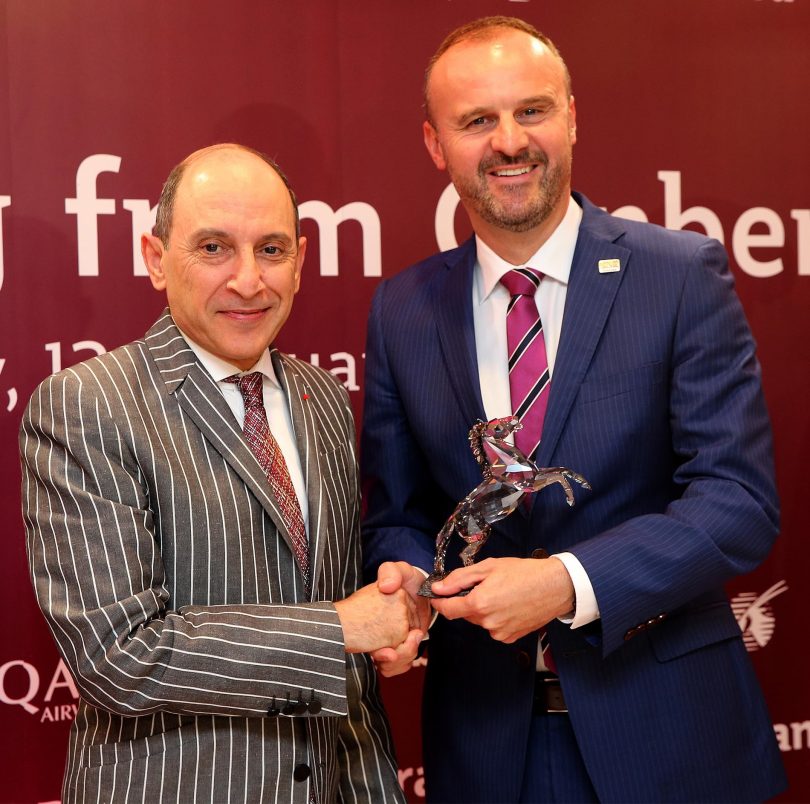 Mr Al Baker reaffirmed Qatar’s commitment to Canberra saying the airline was in for the long haul and did not expect immediate returns.

He was also confident that Qatar would offer a superior service and connectivity to world destinations, especially with its patented Q Suite product which would be available on all daily flights in Business Class from June.

“This new daily service will, without a doubt, offer our Australian passengers more convenience and an extensive choice of destinations on our global network, as they transit through our award-winning hub, Hamad International Airport,” Mr Al Baker said.

Mr Al Baker said Qatar could not yet fly direct to and from Canberra, necessitating short stopovers in Sydney, because the runway at Canberra Airport was not long enough for a fully laden and fuelled aircraft to take off.

His engineers had advised Canberra Airport that its runway needed to be 4,300m long.

Mr Byron said this was something the airport could address in its master planning over time but said a short stop in Sydney on the one service was much more preferable than battling traffic or transferring from the domestic terminal to the international one there.

“Any of us who have travelled to Sydney on a domestic flight and transfer and been delayed, been caught in traffic and had very long changeover times would recognise the opportunity to avoid all that hassle and be guaranteed to sit in the same aircraft, have your bags already on the plane and be doing your Customs in the elegant and efficient Canberra airport – a substantial advantage over the alternative,” he said.

Qatar Airways will operate its daily Canberra service with a Boeing B777 aircraft, which features 42 flatbed seats in Business Class and 316 seats in Economy Class. Passengers will be able to
enjoy the airline’s superior entertainment system offering passengers a wide variety of entertainment options.

It said it had added many new destinations to its network in 2017/18, including Auckland, New Zealand; Dublin, Republic of Ireland; Nice, France; Prague, Czech Republic; Chiang Mai, Thailand and Penang, Malaysia, to name a few.

The airline will continue its rapid expansion throughout 2018 by adding many more new destinations to its global route map, including Cardiff, United Kingdom; and Malaga, Spain and many more.

The ACT Government is perpetually open to developers I suspect..

“Our leasehold system allows us to release a site solely for the purpose of a hotel, that would significantly reduce its price, a benefit and feature of the ACT leasehold system that is not available in other Australian states and territories. Our planning system allows just that kind of land release.” So what’s in it for Canberra? It seems a bit coincidental that the airline arrives in a fanfare, then immediately starts looking round for a (cheap) 5 star hotel site… I think these”deals” need a bit more careful consideration.

“…..if an appropriate site at the right price was available.”

Sort of says it all, doesn’t it.

Certainly does. The CT article has another comment from him that shows he means the price being free over the 99 year lease. Props for trying I suppose, but I hope we don’t just hand it over.