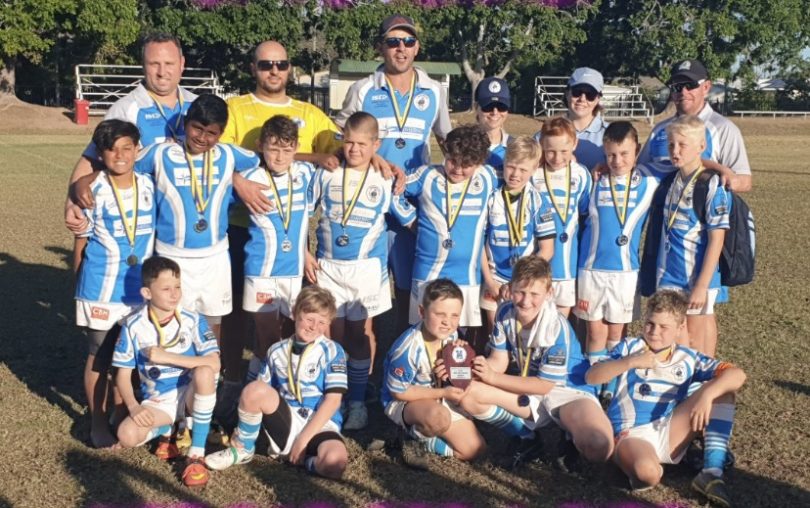 The Queanbeyan Blues Under 10’s side at the 2019 Gorden Tallis Cup. Photos: Supplied.

This time one year ago, the Queanbeyan Blues under 10’s team set their sights on going to the 2019 Gorden Tallis Cup in Townsville, Queensland. Now, thanks to the help of a strong community, they achieved their dream last weekend (29 June and 30 June).

Between June 2018 and February this year, the Blues side managed to raise over $40,000 through different fundraising activities that the team put together as well as help from a supportive community.

Some of the fundraising activities included the team designing and selling jerseys, polos, training shirts and shorts with sponsorship. The team also organised a number of raffles and held a sports lunch with former Canberra Raiders star and Queanbeyan local, Terry Campese.

The Blues went on to finish fourth place out of the 72 sides that competed. A total of eight pools with four trophies to be won played out over the two days. After the Queanbeyan outfit finished second in their pool, they made it all the way through to the grand final of the Reg Matthews Shield, but unfortunately lost 8-4.

One of the biggest takeaways was the Blues’ bravery and courage, which had their coach Jeremy Howell overcome with emotion by the end of the tournament.

“Three minutes to go in the semi-finals I had to walk off the sideline behind the parents crying because that’s how proud I was,” Jeremy said.

“They were so small and brave against these monster kids and they just never rolled over once, not once did they give up and they just stuck together.

“One tackle they made, there were 11 players on the field and nine of them were in the tackle to stop one of the big kids. They kept going to war for each other.” 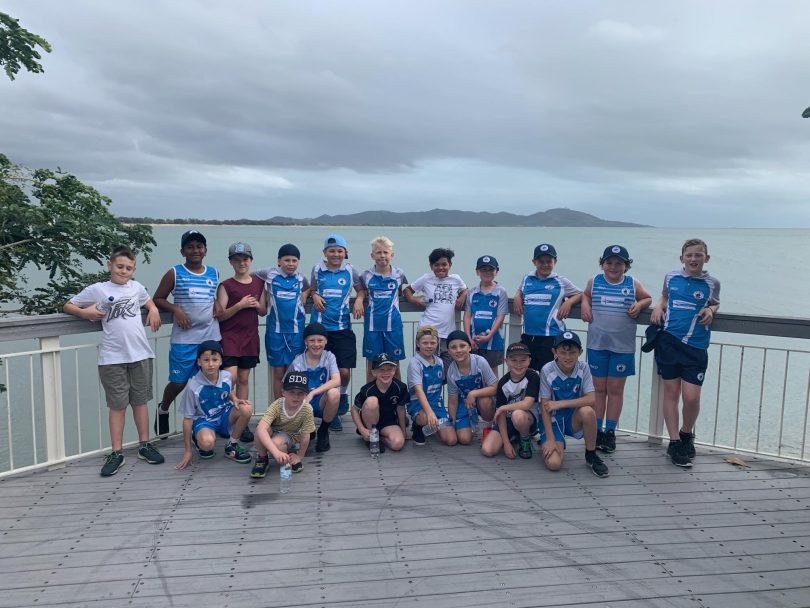 The Blues team enjoying their time in Queensland.

Jeremy reckons the team would not have been able to smash their initial target if not for the dedication and commitment of the parents and the community.

“We were hoping for around $20,000 and then the parents chipped in with the rest to get us all here,” he said.

“It wasn’t just all handed to us, the parents were out in the community selling tickets and getting sponsors. They did all the hard work.

“As soon as the community found out they were kids and it was a once in a lifetime opportunity for them to travel so far to play footy, everyone kept giving, giving and giving.

“One person would give then they would have someone else giving the next day, it just snowballed.”

The competition proved an experience that the kids involved won’t ever forget and Jeremy was proud of how his outfit fared against the quality of opposition.

“For the kids it will be something they remember forever,” he said. “It was a really good experience for them and what they achieved.

“A lot of teams were graded here, so some clubs might have three teams and then pick their best team, but we had just 14 kids that played under sixes together, no grading, no picking, just playing footy for Queanbeyan.”