Experts in buying, selling & renting
Your property, your future
15 March 2021 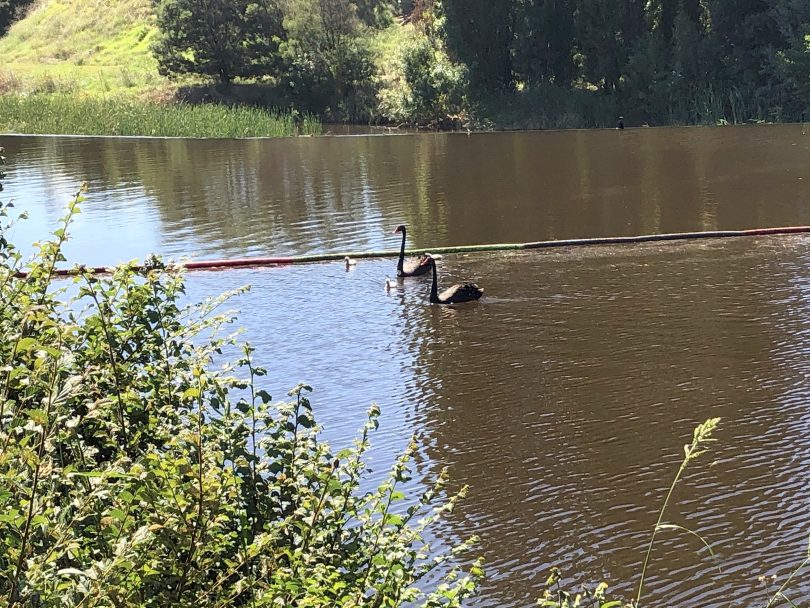 Swans and their cygnets in the Queanbeyan River with the pool noodle barrier preventing them from going over the weir. Photo: Supplied.

A family of swans and their clutch of cygnets that had been prone to tumbling over the Queanbeyan River weir have been saved by the community and a bunch of pool noodles.

Wildcare Queanbeyan volunteers received numerous calls about the cygnets tumbling over the weir into troubled waters on a stretch of the Queanbeyan River in the heart of the town.

After a number of solutions were put forward, it was the simple idea of using pool noodles strung together with wire across the width of the river that provided the barrier to keep the remaining cygnets alive.

Wildcare Queanbeyan’s bird coordinator, Maryanne Gates, said the solution was found late on a Thursday at the end of February when the rescue mission was given the go-ahead by Queanbeyan-Palerang Regional Council.

“We needed 30 pool noodles and exactly 50 metres of wire in quick time so thankfully Bunnings was open and had the items we needed,” Maryanne tells Region Media.

“There are plenty of people in the town who had become very attached to this family of swans, and some people were even diving in to try to save them after they went over the weir.” 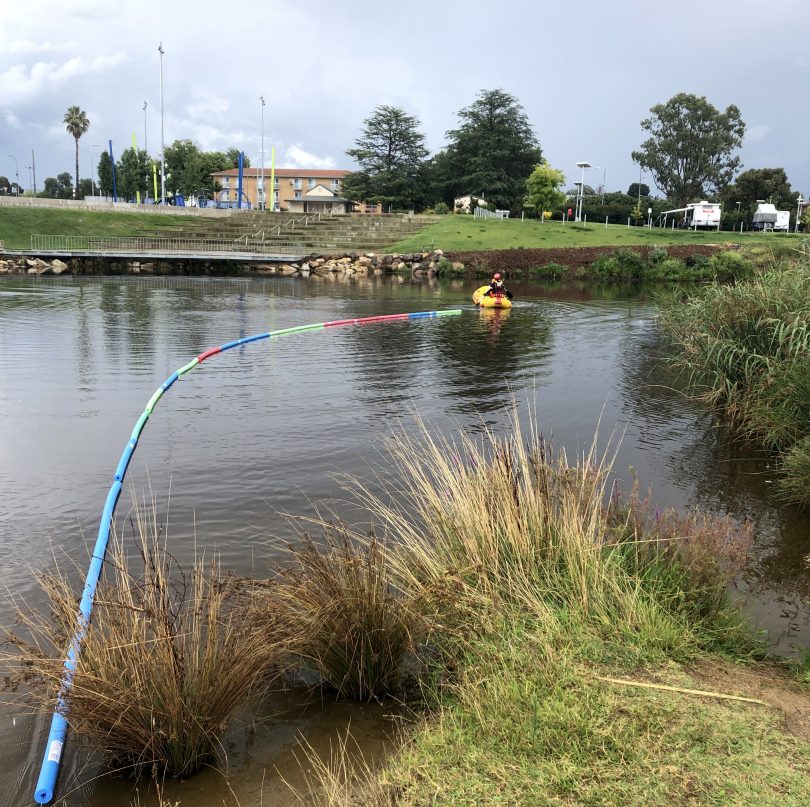 The Queanbeyan SES helped to stretch the pool noodles across the river. Photo: Supplied.

The problem became apparent about two years ago when the previous clutch from very territorial swans matured and was forced to move on.

The instinctive female had kept its babies from going too close to the weir, however it became injured and was taken into care.

The male flew off to find a new female suitor and returned to start afresh. The previous female was then forced out once it was returned to the river.

The life and death struggle started once a new clutch of six was born this year, and three cygnets were rescued after again going over the weir.

Maryanne says there was a small window of 48 hours to reunite the three remaining cygnets before the parents would abandon their offspring. Two of the six cygnets had already died after going over the weir while one was taken by a rakali (water rat).

“We were getting so many calls about these poor little cygnets going over the edge of the weir,” says Maryanne.

“Thankfully, this time we found a solution and the pool noodles seem to be working as we’ve witnessed the parents with their three remaining cygnets.”

Maryanne says swans can appear to be beautiful and calm birds on the surface, but can be quite brutal and very protective of their territory.

“They’ve certainly kept us very busy with their goings-on, but we’re now hopeful this family will grow to adjust to their surroundings and we can remove the pool noodles once the cygnets are a little bigger and can look after themselves,” she says.

Brad Stratton that’s what the things in the river were for!

Scott Wiiliam Longfield Yes but they haven’t grown their flight feathers yet.

Somebody used their noodle.

Charmayne this is what you were talking about.

Debbie Acland
Yep. So happy to see them happy, safe and not in danger.

Swan Buick to the rescue😊 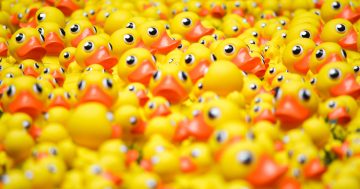 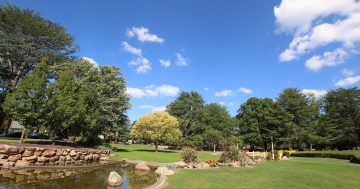