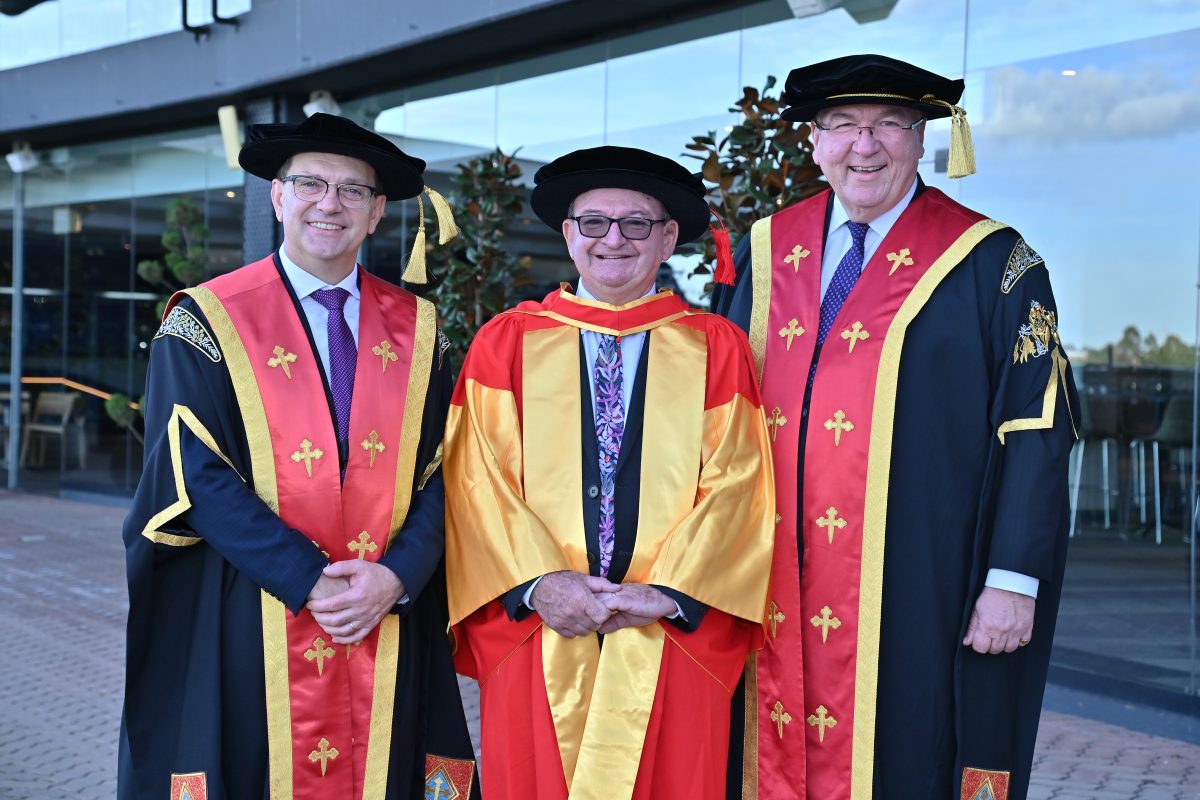 An “accidental staffer” and a former religious leader have been awarded an honorary doctorate from the Australian Catholic University (ACU).

Canberra’s Sister Clare Condon SGS and retired public servant Stephen Sedgwick received the certifications from the ACU at graduation ceremonies in Sydney on Thursday (26 May).

Mr Sedgwick said it was an honour to be recognised for his commitment to the Australian public service and the Church.

His public service career spanned more than 40 years and included time as the secretary to several Commonwealth Departments and as the Australian Public Service Commissioner.

He said he also had the privilege of serving as an “accidental staffer” when appointed senior economic advisor to Prime Minister Bob Hawke in 1985.

He was given one hour to consult with his wife Pauline before taking the job, which was meant to be a three-month appointment. It turned into three years.

After retiring from the public service in 2014, Mr Sedgwick became a consultant. He assisted various companies, including the Australian Banking Association, the Australian Catholic Bishops Conference and the NSW Catholic Education Commission (now Catholic NSW).

He now chairs the board of Catholic Schools NSW.

Mr Sedgwick said it was never a dull time to be involved in public service and politics.

“It’s always an interesting time to be in government and the reason is the world is never static,” he said.

“There are always issues that are emerging or approaches that need to be re-examined. They may or may not need to be refreshed, but you have to continually go through that process of checking to ensure the established structures, policy frameworks and ways of doing things are the right ones for contemporary times.

“If you approach public policy and public service with an open and inquiring mind, trying to work out what you reckon is actually in the best interests of the country, to then engage the government of the day in a dialogue around those issues and over time to build constituencies for change – it is an extraordinary privilege.”

She was awarded a Doctor of the University for her contribution to social justice and the Australian Catholic Church, which she dedicated to all religious women in the country serving the poor, marginalised and elderly.

Sister Condon entered the convent of the Good Samaritans at age 20 and is celebrating 50 years since her first possession of vows.

She said seeing her fellow Sisters serving as teachers inspired her own vocation.

“They were young women at that stage and they had a real zest for life,” she said.

“The mystery of their life fascinated me, and I felt called to it. I didn’t want to go, but in the end I thought, ‘I’ve got to go and test this, to get it out of my system to see whether it’s right’.

“I’m still here 53 years later and I know it was the right decision.” 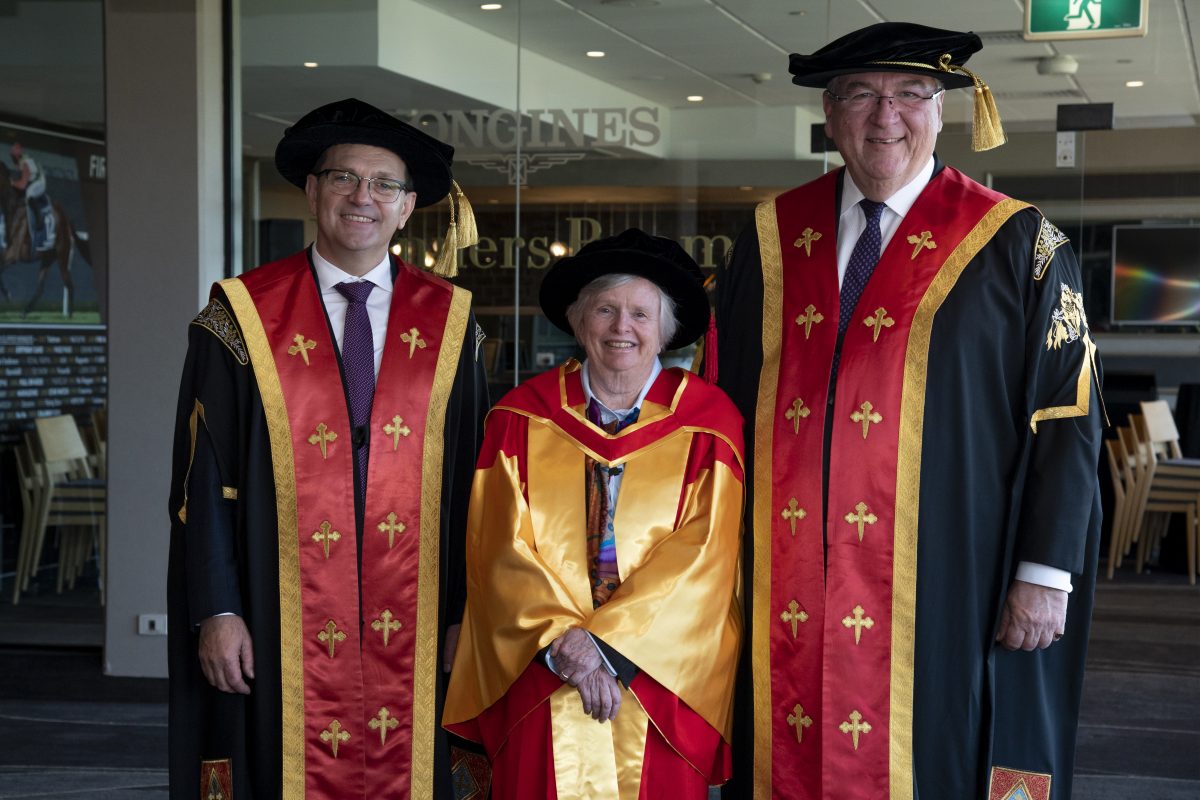 Sister Condon was leader of the Congregation from 2005 to 2017, where she supported the Sisters’ humanitarian work in Australia, the Pacific and South-East Asia. She was also president of Catholic Religious Australia between 2008 and 2010 and received the Australian Human Rights Commission’s 2013 Human Rights Medal.

Sr Condon said all humanitarian work was “the gospel imperative” and was the most important lesson from the parable of the Good Samaritan.

“It calls for a real shift in values to reach out to the other who might not understand or appreciate you, but to acknowledge our common humanity.

“I think it’s really important and I think that parable is what’s sustained me.”

“Sister Clare Condon and Mr Stephen Sedgwick have in their own rights contributed to ensuring the common good and social justice for Australia as a nation and Australians as citizens,” he said.

“Sister Clare has spent the majority of her life committed to the values of the Gospel in the footsteps of the Good Samaritan, reflecting ACU’s own commitment to the dignity of the human person.

“At the same time, Mr Sedgwick has dedicated his working life to advocating for changes in government and public policy and now the Church that puts the common good above politics and self-interest.”