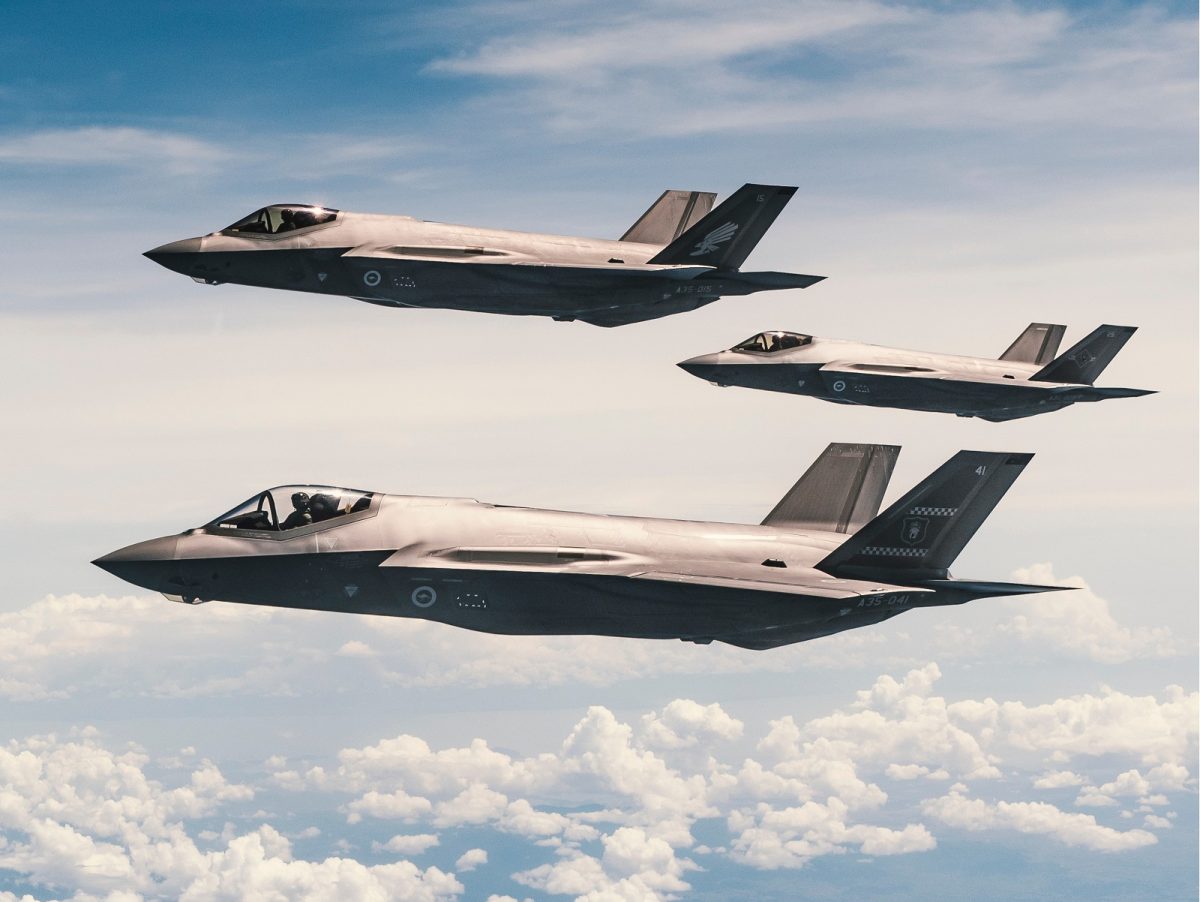 The Royal Australian Air Force will decide in 2023 on the next tranche of combat aircraft which will enter service towards the end of this decade and remain in service well into the 2040s or beyond.

Australia previously operated 22 General Dynamics F-111C strike aircraft and 71 multi-role Boeing F/A-18A/B’ classic’ Hornets. In 2002, the Howard Government committed Australia to the multi-national Joint Strike Fighter (JSF) program, becoming one of nine international partner nations to not only buy the resulting aircraft but also participate in its design and production.

The JSF program was intended to produce an advanced and stealthy combat aircraft that would replace multiple older generation aircraft types in service with the partner nations and other future customers. The Lockheed Martin X-35 concept was declared the preferred design in 2003, and this concept evolved into the F-35 Lightning II, which first flew in 2006.

The RAAF had intended its F-35s would replace the F-111C and the F/A-18A/B Hornet from 2010 with up to 100 F-35As and, to date, Australia has ordered 72. But even before the aircraft’s first flight, it had become clear that development delays would see that schedule slip by up to eight years. 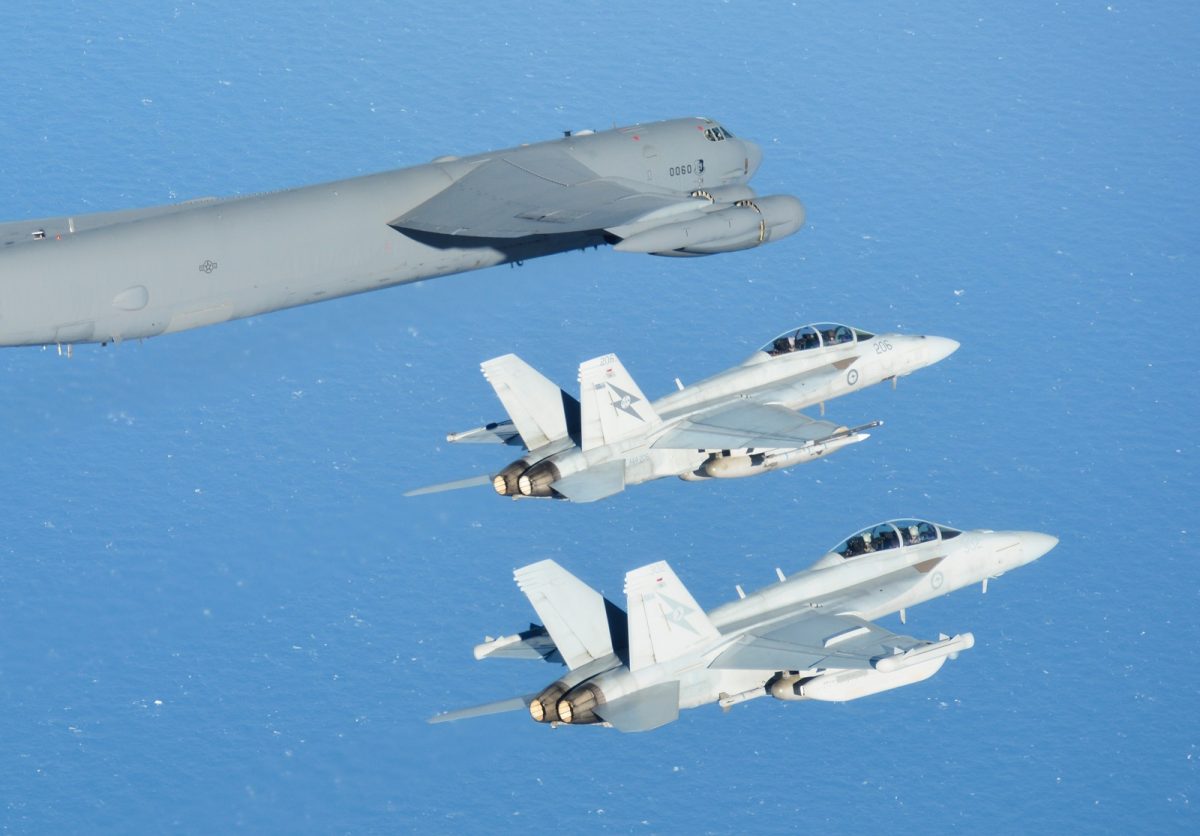 An RAAF Boeing EA-18G Growler (bottom) and F/A-18F Super Hornet fly in formation with a USAF B-52 Bomber. Photo: ADF.

It was not considered viable to further upgrade and extend the RAAF’s F-111 fleet, so in 2007 it became necessary to acquire a ‘bridging capability’ of 24 F/A-18F Super Hornets, the first of which was delivered in 2009. Despite being larger and more advanced than the older classic Hornet, the Super Hornet was selected primarily because its systems and design philosophy are similar, meaning it would be far quicker to train pilots and maintainers on and thus could achieve full capability faster.

The F/A-18Fs were initially planned to be in RAAF service for only a decade until the F-35A was bedded-down, but this plan was thrown into doubt a few years later when Australia ordered 12 EA-18G Growler electronic attack aircraft. With an airframe, engines, and most systems common to the Super Hornet, the Growler’s primary mission is to disrupt enemy radar and communications systems and was acquired by Australia as a long-term capability.

Thus, it has since been decided to retain the Super Hornets well beyond the originally planned decade due to their commonality with the Growlers, and these aircraft will be upgraded in parallel with US Navy F/A-18Fs and EA-18Gs to retain commonality, and thus, an economy of scale for spares and support.

Meanwhile, the first F-35As entered service with the RAAF in 2015. Initially delivered in small numbers until the aircraft’s configuration was defined and production capacity could be ramped up, the RAAF established a core cadre of aircraft and pilots and an engineering workforce with the US Air Force in Arizona in 2016 before the first squadron returned home to RAAF Base Williamtown near Newcastle with its first jets in late 2018.

The RAAF declared an initial operational capability (IOC) for the F-35A with one combat squadron, and one training squadron, and established maintenance and training capabilities at Williamtown in December 2020. At the time of writing in mid-November, 54 of the 72 F-35As currently planned had been delivered to the RAAF, and it expects to achieve a full operational capability (FOC) of three combat squadrons – including one based at RAAF Tindal near Katherine in the NT – and one training squadron by the end of 2023. 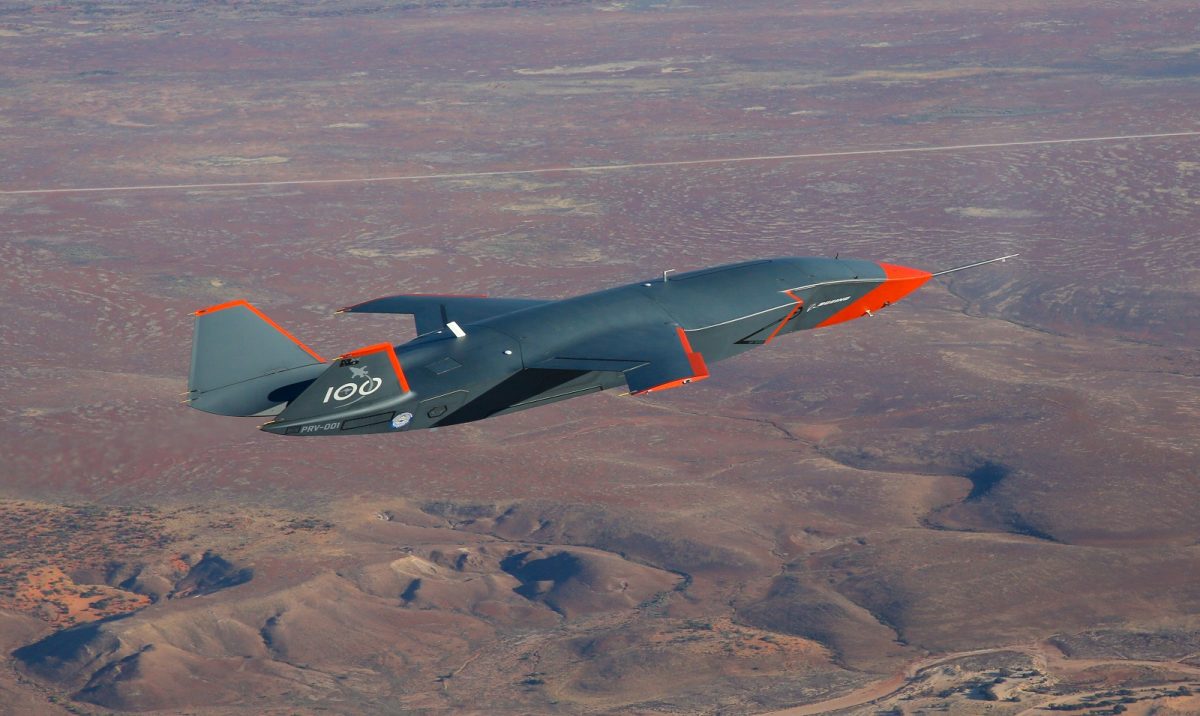 While the F-35A capability has been ramping up, the RAAF has also partnered with Boeing Australia to develop the MQ-28A Ghost Bat. Initially dubbed ‘Loyal Wingman’, this program is designed to develop an advanced uncrewed combat aircraft that can fly as a ‘wingman’ with crewed combat aircraft or with high-value aircraft such as the E-7A Wedgetail command and control aircraft or as a ‘swarm’ with other uncrewed systems.

Based on Boeing’s Airpower Teaming System (ATS), the Ghost Bat was initially developed in secret before being unveiled in early 2020. It conducted its first flight in 2021 and the test program is continuing at Woomera in South Australia. The RAAF has ordered seven development aircraft so far, while the US Air Force has also reportedly taken delivery of at least one MQ-28A for evaluation. 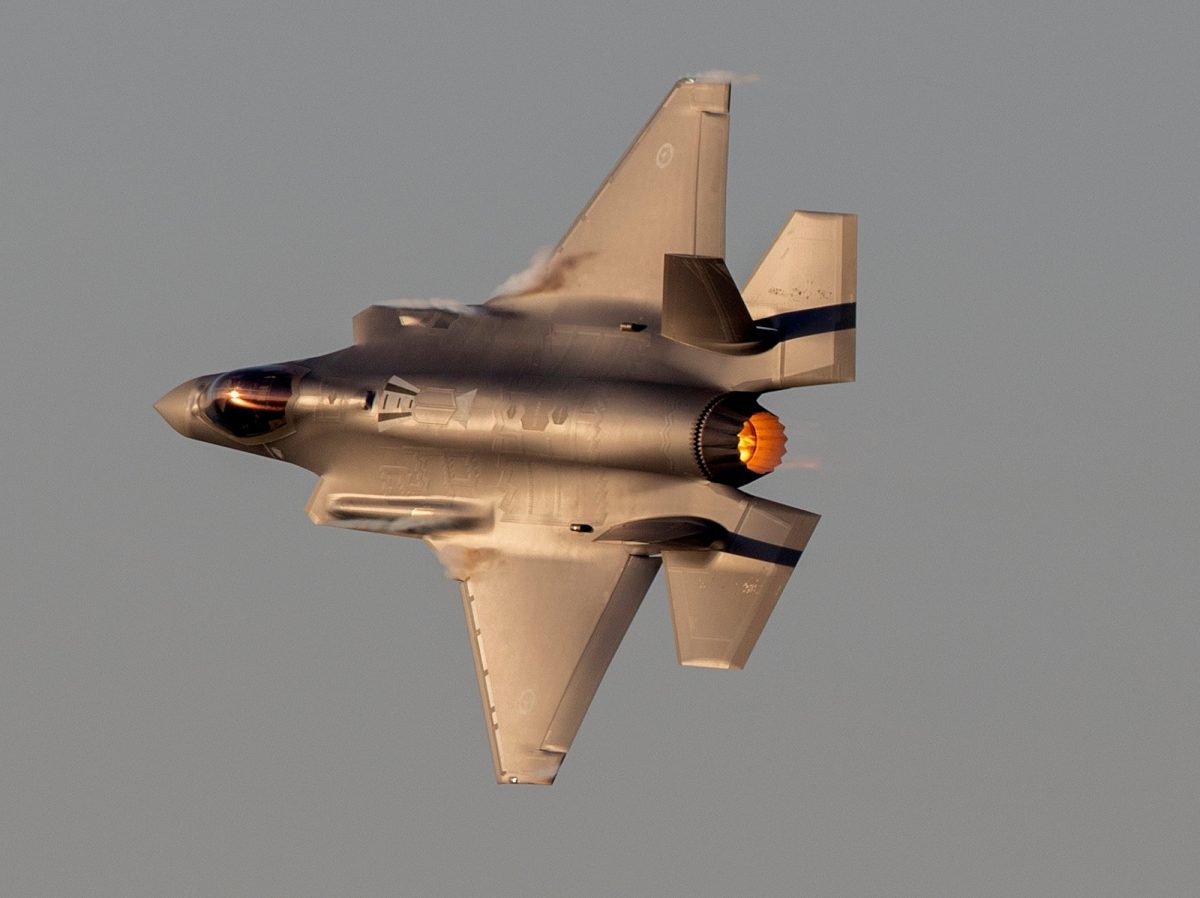 Australia has ordered 72 Lockheed Martin F-35As to date and will decide next year on whether to order a follow-on tranche of jets. Photo: ADF.

The MQ-28A will carry electronic warfare/jamming systems, advanced optical or radar-based sensors, electronic intelligence systems, or advanced air-to-air or strike weapons. Because it’s uncrewed, it can carry more fuel than a comparable crewed aircraft giving it greater range and endurance. It also theoretically makes it ‘attritable’ (or expendable) if required to defend a crewed aircraft from attack.

The Defence Strategic Review is scheduled to report to the Australian Government by March 2023 and is expected to provide advice on which way AIR 6000 Phase 7 will proceed.

Out of interest Andrew McLaughlin is your background in Defence? There is no info and there should be considering your knowledge on the subject

A bit of this, a little of that… all the info you require is on a link on my byline. https://the-riotact.com/author/andrewmclaughlin

In another comment F35B’s are referred to as an option. The work required to upgrade the flight decks of the HMAS Canberra or HMAS Adelaide is major not minor. The more cost effective option there is to buy another ship of the same class but with the deck suitable for VTOL aircraft. Similar to that of Turkey. We talk of force projection, range, speed, and bombers as the evolving criteria. Stealth somewhat loosing its edge in the wake of new radar systems. We also talk of needing a dedicated fighter aircraft. Look at the range of the F-15EX. The payload 4 x matching that of many bombers. The speed. It’s record as a fighter. Transitioning from the Super Hornet to the F15EX. The Ghost Bats need to be a third to twice as big and nearly twice as fast. Experts have said this. 2 Squadrons of F15EX and develop the ‘Super’ Ghost Bat.

Correct about the work required on the LHDs in order to operate fighters. I didn’t mention F-15EX because of space constraints, but I’m not convinced that’s the answer either. There will be a Part 2 to this article early next week. Cheers, Andrew

One can’t help thinking that buying a carrier and modifying so that a variant of the aircraft you are buying can’t operate off it, represents typical Australian defence procurement.

Australia didn’t buy a “carrier”. It bought two landing helicopter docks (LHD) with the intention of only operating helicopters from the deck, and amphibious vessels from the well dock. The ramp was retained only because it would have been a redesign required to remove it, plus it gives us an option to operate foreign fixed-wing aircraft in an emergency.

Part 2 of this story is in the works and will be published in the coming days.

Might want to check the project number.. Air 9000 Ph7 was Helicopter Aircrew Training…..

The Australian Government should consider buying about 24 F-35B Lightning IIs. This is the short takeoff/vertical landing version of the F-35A already in service. The F-35Bs could operate from the decks of Navy’s HMAS Canberra and Adelaide. The ships were designed for this, and will require only minor modifications for the aircraft. Japan are planning to operate F-35Bs from similar ships and could provide advice, and joint training opportunities. We could also buy some of the Boeing MQ-28A Ghost Bat, assuming they are proven to work.

And give them to the RAN for use, re-creating the fixed wing capability for them. That’d also add another node from which they operate, spreading the capability a little. They’re the ones that operate the LHD and create the regulations for their use, so it makes sense for them to be within the RAN.

HMAS Canberra and Adelaide have been so extensively redesigned for Australia that they aren’t viable F35B platforms. Reviving the fixed wing Fleet Air Arm and its modern capability purpose will involve a lot more than acquiring a single aircraft type. A LOT more! 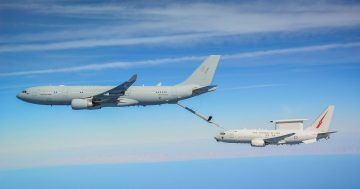 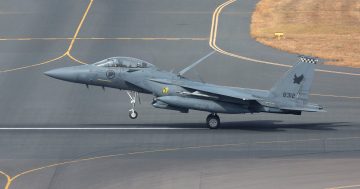 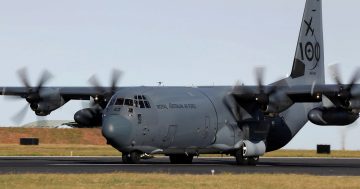 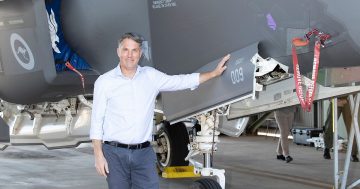