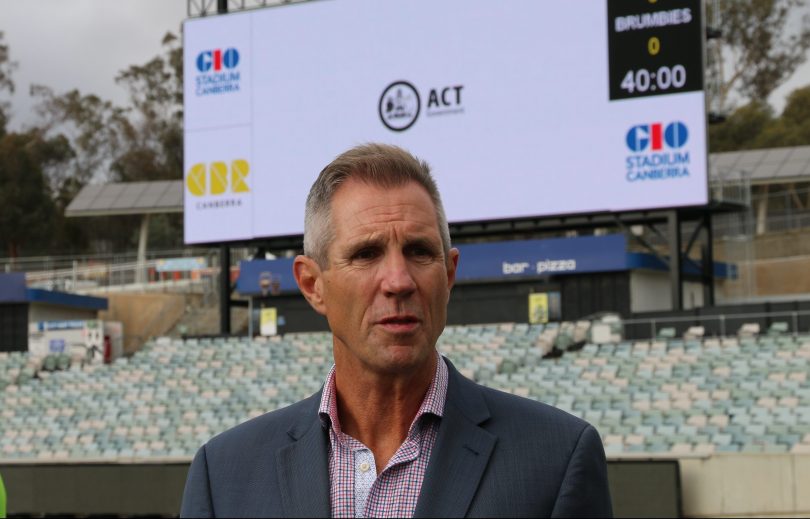 During the COVID-19 pandemic, charities in Canberra have been forced to get creative when it comes to fundraising.

Charity balls and fundraising functions have given way to events requiring social distancing.

Menslink – which provides valuable support for young men in the Canberra community through volunteer mentoring, counselling, school and workplace programs – has been forced to look at other options to raise funds.

The Menslink Great Walk will see around 30 Canberra identities traverse the 145km Canberra Centenary Trail across five days from 2 November, 2021.

Canberra Raiders CEO Don Furner is one of the city’s movers and shakers taking on the challenge.

He also has volunteers expressing interest in joining him during various stages of the walk, including coach Ricky Stuart and recently retired player Sia Soliola.

Don says the Raiders have had a long association with Menslink, with a number of players involved in promoting the charity.

He points out that 80 per cent of the Raiders’ workforce is young men.

“We deal with a lot of young men in our organisation,” says Don. “We understand what challenges they face.

When you see players’ mistakes being plastered across the front pages of newspapers, people forget they were 18 or 19 years old at one stage in their lives. Some just haven’t had the structure in their lives.”

This is where there are many similarities in the roles being played by the Raiders and Menslink in guiding young men through what could be their most difficult stages in life. It’s even further amplified when you consider the outside pressure being placed on the shoulders of young players.

Some of them have their dreams cut short through injury. There’s also the pressure of expectation, and disappointment. To get through, many need guidance.

The Raiders provide that structure with the club now employing three welfare and wellbeing officers.

This number could increase with the Raiders seeking to enter a women’s team into the NRLW in 2023.

“Most companies will have welfare/wellbeing officers in the future,” says Don.

Beyond structures similar to the one provided by the Raiders, there remains a reliance on organisations such as Menslink.

Don is doing his part by raising funds for the charity organisation, and is keen to test himself covering the ‘Canberra Camino’, as the Canberra Centenary Trail has been dubbed.

“I had been thinking about riding it during the years, but now I’m going to walk it,” he says.

In preparation, he has doing plenty of walking up Mount Ainslie, but it’s going to be a challenge to walk about 30km a day for five days in a row.