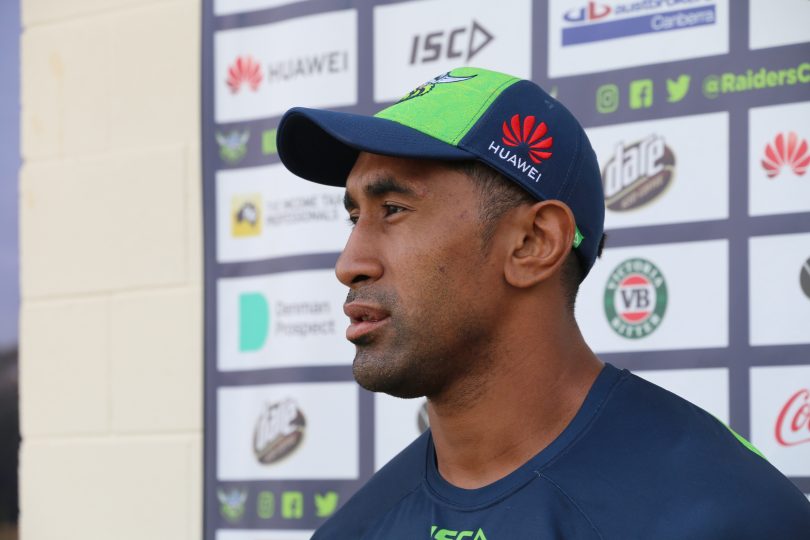 Prop Sia Soliola has been floated for a possible run in Perth, in what would be his inaugural Nines competition for the Raiders. Photo: Dominic Giannini.

While most couples will be looking forward to romance on Valentines Day, the Raiders are preparing to get back on the pitch in next week’s NRL Nines tournament in Perth for the first time since their harrowing grand final loss.

Back-up halfback Sam Williams is hoping to use the preseason competition to show his on-field calibre, pushing for a more regular role in the Raiders squad this year.

Williams is no stranger to the nine-a-side format and sees it as an opportunity to not only play a fun style of football but to see younger talent sharpen their teeth on the field.

“I have played for a few years now. It’s always an exciting weekend and good fun,” Williams said. 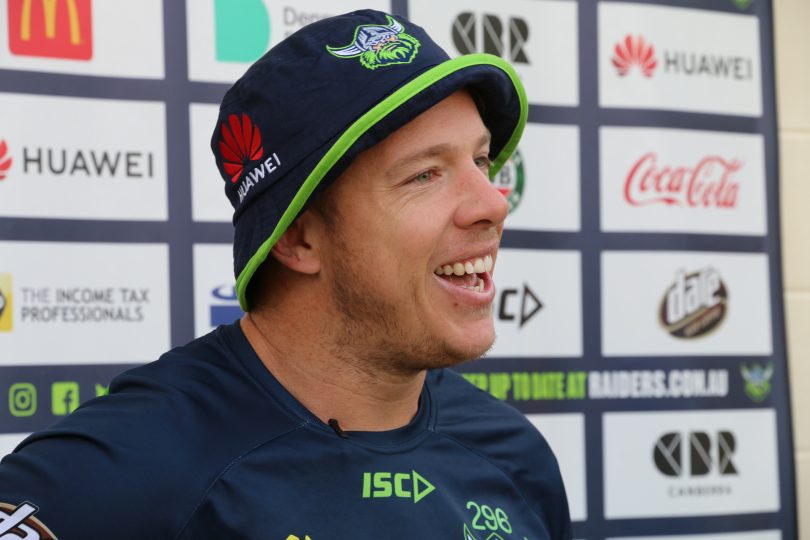 “I don’t think we take ourselves too seriously. I saw a few of the other clubs having their legends come to play as well.

“I think it will be a really good weekend for the NRL to showcase the talent coming through. We’ve certainly got a few young blokes that have put their hand up and I know they are as excited as anyone to have a game.”

This will mark the return of the competition after a two-year absence, and will be played in Australia for the first time after the first four editions were played in Auckland, New Zealand.

Prop Sia Soliola has also been floated for a possible run in Perth, in what would be his inaugural Nines competition for the Raiders.

“It’s nice to be in the mix and be in the running for it,” Soliola said. “If I get the call and it’s a yes from Ricky, I’ll be pretty excited to get out there.”

All NRL clubs have until 5 pm on Tuesday to confirm their squads.

Fans will be able to see their heroes at the Raiders Fan Day today (Saturday 8 February) from 9 am at Raiders Belconnen.

“It would be great to see the faces that were at the grand final and the home semi as well,” Williams said.

“It’s a big occasion going into the new season and hopefully we can build on the support we had last year. The run we had up until the final, even after the grand final, was unbelievable.”

Fans can hear from players and coaches in live on-field interviews, get memorabilia signed and watch future Raiders stars play throughout the afternoon, with the U18s, U16s and women’s nines team taking on the Paramatta Eels.

Activities on the day include face painting and balloons, a photo booth, a Raiders membership tent and a jerseys megastore.

Zango will also be providing free Goodberry’s for the first 300 fans!

Meanwhile, forward John Bateman is using the pre-season to recover from a shoulder injury, undergoing minor surgery on Wednesday.

It is unclear when Bateman will return and he will be assessed closer to the commencement of the season, the Raiders said.

Samuel Gordon-Stewart - 33 minutes ago
John Hawkins I’m all for optional seatbelts (and optional helmets, for that matter). A spike in the steering wheel, while i... View
Stuart Brogan - 6 hours ago
James Hutchison of only there was a cycle network. View
Stuart Brogan - 6 hours ago
Carole Ford you are close, except cycling is actually not that dangerous, it is sold that way. The life expectancy of a cycli... View
News 19