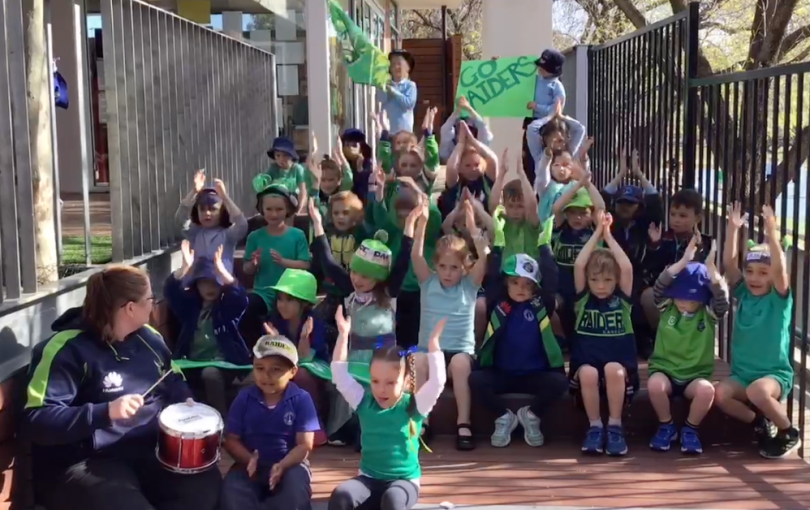 As 28,000 die-hard Green Machine fans take part tonight in one of the biggest Viking claps GIO Stadium has ever witnessed, little preschoolers have shown their support for the Green Machine with their own version of the intimidating clap.

Thirty-three preschoolers from Holy Trinity Early Learning Centre in Curtin have thrown their support behind the Raiders, clapping their hands to the beat of a drum.

Coordinator Lucy Washington, whose drumming skills were called upon, is an avid fan of the Raiders and was the mastermind behind the cute video.

“It all started because some of the little boys and I were having a chat about the Raiders,” Lucy said. “They were so excited because they could see all these things turn green so we decided to have their own green day.

“They all dressed in green, we ate green food and they were all very excited.”

The Viking Clap like you've never seen it before

Getting the kids to clap in unison was the hardest part.

“We watched the Viking clap on YouTube a couple of times so they knew what they were doing,” she said. “After a few goes, it all came together really well.”

The little ones struggled to fully grasp the ins and outs of each footy code, as they took part in a big game of soccer between the Canberra Raiders and the Hawthorn Hawks, but the news that some of the kids were saying they were now Raiders fans was music to the ears of Lucy.

“A few of the kids said they were Roosters supporters but now they are Raiders fans, so I am convincing a few of them to change teams. I am trying to turn them all into Raiders fans,” she said laughing. 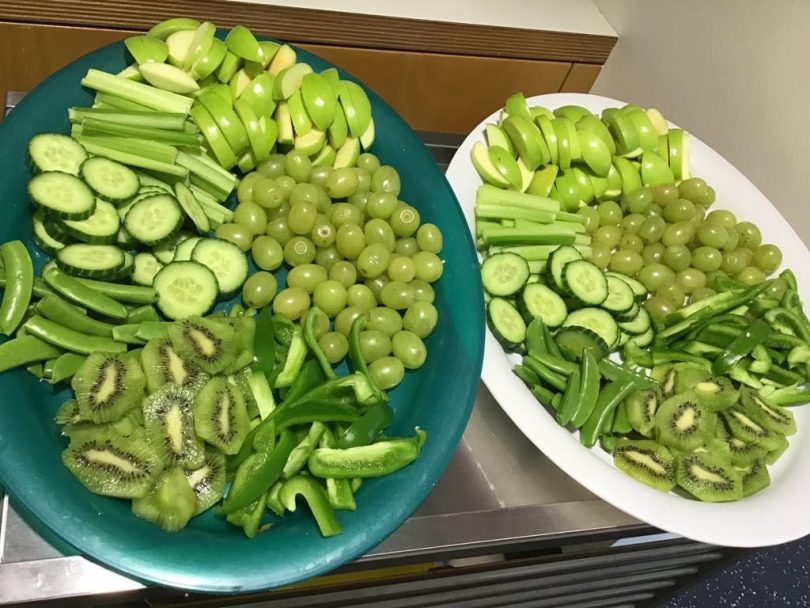 The kids at Holy Trinity are getting plenty of greens this week.

Former Canberra Raiders captain, member of the hall of fame and two-time premiership player Dean Lance will blow the Viking horn to start the Viking clap to bring the team out on Friday night.

If you are one of the lucky fans to have a ticket to tonight’s game, keep in mind there is limited public parking available at GIO Stadium, with $10 car parks available on a first-come, first-served basis. Updates will be sent via GIO Stadium social media accounts when the car park is close to full. Overflow parking is available for free at the University of Canberra and can be accessed via College St.

If you aren’t heading to the match tonight, Raiders licenced clubs will be showing the match on their big screens at their Belconnen, Weston, Gungahlin and Mawson premises.

What are you eating and wearing tonight to support the Canberra Raiders? Share your photos with us! 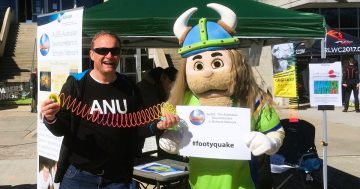