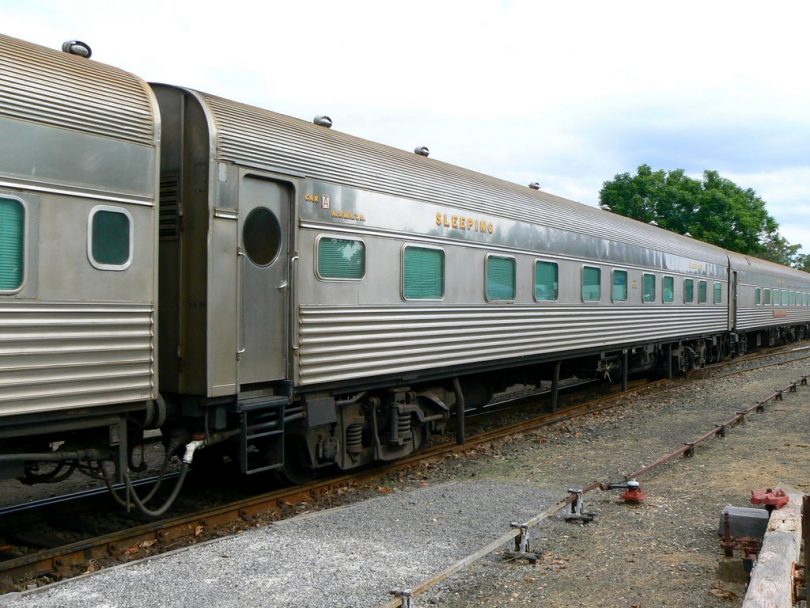 The Southern Aurora. Eight of its former carriages are being refurbished for G’Day Rail. Photos: Flickr.

Carriages sold at the Australian Railway Historical Society liquidation auction in Canberra last year are being reborn so they can give tourists a luxury armchair ride into eastern Australia’s regions.

Canberra duo and rail buffs Rodney Clancy and Simon Mitchell have big plans for the eight 1962 Southern Aurora carriages, which are being refurbished to as-new condition at the Lithgow Railway Workshops, with the full complement due to be finished by June.

They are preparing to roll out their venture, G’day Rail, a nod to the great rail journeys, that will take travellers on ‘slow’, immersive tours through country towns, farmland, the bush and the outback.

The focus would be on an Australian cultural experience, said Mr Clancy, who has a background in business, music and culture.

“So we not only go and visit country towns, regional cities outside of Sydney and Melbourne and Adelaide, but we also try to engross ourselves in what they have, what they offer, what they do.’’

For example, a trip to Bathurst might include a mini-bus tour of landmark buildings, local specialist industries, the Mt Panorama circuit, or the markets, as well as a performance.

“That might be a comedian, dancer, singer, actor, orchestra, concert or jazz band, choir, it doesn’t matter, it’s all about Australian culture and what Australians have to offer,’’ said Mr Clancy, who has contacts around the world.

“They’re all dead keen about coming to Australia and participating or observing some of Australia’s finest,’’ he said. 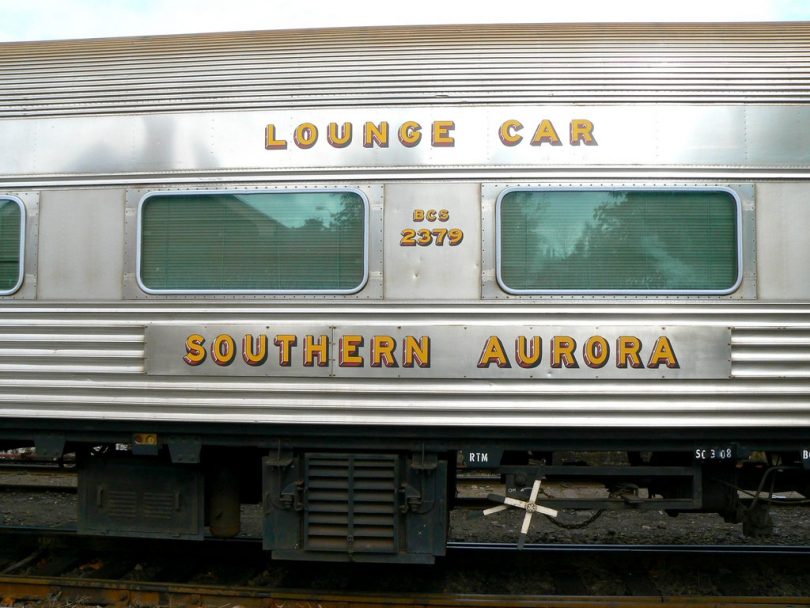 While the business is based in Canberra, the operations will be somewhere closer to Sydney, although the train will be stabled here for most of its non-use days each month. Most departures will be from Sydney but there will be one a month out of the national capital.

The air-conditioned Southern Aurora sleepers will be available in twin ensuite or single cabins with some having original vintage features. Passengers will also be able to relax in restaurant and lounge cars.

G’day Rail will use heritage locomotives of the same class that hauled the Southern Aurora between Sydney and Melbourne – 44 class diesel electrics.

Mr Clancy and his partner plan to latch on to the success of the Ghan and Indian Pacific and offer the same sort of services and facilities but in a more relaxed atmosphere.

“We’re not just going to travel Sydney-Adelaide in one day and one night, we’re going to drop off at a number of towns along that route and offer a concert and a cultural experience,’’ he said.

“Instead of a three and a half hour stop in Broken Hill, we would probably do 13-hour stop-offs in places like Parkes, Dubbo, Bathurst, Broken Hill, and then Adelaide three days later.’’

Along the way, travellers would enjoy the best Australian fine food and wine, with a master chef on each train preparing everything from Aboriginal bush tucker such as witchety grub to the finest salmons.

The train will also be available for private charter.

Shame; they are too expensive for me, but I do understand that you must recover costs and make a profit.
Many people I understand will want entertainment, etc, but all I would want is a rail journey, with stops along the way. These expensive extras I don’t need. Good luck with your venture; it does sound good.

Thanks to all for your support and enthusiasm - and The RiotACT for the great feature. Tickets are now on sale for vintage railway getaways departing from Sydney in July! Head to https://gdayrail.com.au/ to learn more. We hope to see you onboard soon!

Great idea! A perfect way to enjoy travelling through our amazing country.

I note that “free wi-fi” isn’t a service provided. That suits me and if the promoters are going to ban all social media devices that would even be better.

Of COURSE you bought a train!

Wow I hope it works out.

Wat loco will you use?

Ryan Fisher, that will vary.

Are u using rtm locos?

I wish them all the best but please don't go so upmarket that ordinary folk can't afford to travel with you.

This sounds amazing SIMON ! When do you hope too get up & running ! We will have go on this train ! Good luck with all the preparations SIMON ! 😘 xx

Hope they do the new years trip to sydney

I hope this new venture will be in for the long haul. I was saddened when the South Pacific Express and Ritz Rail folded. Lack of tourism and the falling dollar killed them. 😢

Hope this goes well – a good venture, and nice to see these famous carriages that form part of our railway history being put to good use, after all the awfulness related to the falling apart of the local society down here.

Oh my god. I was going to write "can't wait to have a ride" but then thought someone would make a joke of it. Should have put "train" in there too 😂😂😂

ah, wonder if this is the Rodney Clancy of Cooma Historic Railway fame?

One and the same, Elena.

Ol L - 16 hours ago
Maybe if we do nothing another government will be in power when it all blows up, so let’s do nothing in the meantime View
Ashley Wright - 17 hours ago
Sally Greenaway found the article. https://www.cityservices.act.gov.au/roads-and-paths/traffic/trafficsignals/drakeford_drive... View
Ashley Wright - 17 hours ago
Sally Greenaway as I said above they actually do that and have done so for a good 30 years. They use a system called SCATs th... View
show more show less
*Results are based on activity within last 7 days

@The_RiotACT @The_RiotACT
The Sydney and Melbourne Buildings are more than historical landmarks, their tenants show how Canberra has evolved over almost a century - and you might be surprised to learn which businesses have survived longest https://t.co/9AdsDBtuTd (19 minutes ago)

@The_RiotACT @The_RiotACT
In the mood for a day of retail therapy in the country? Head out to discover some of the hidden treasures in Yass https://t.co/DXt7Og0028 (12 hours ago)