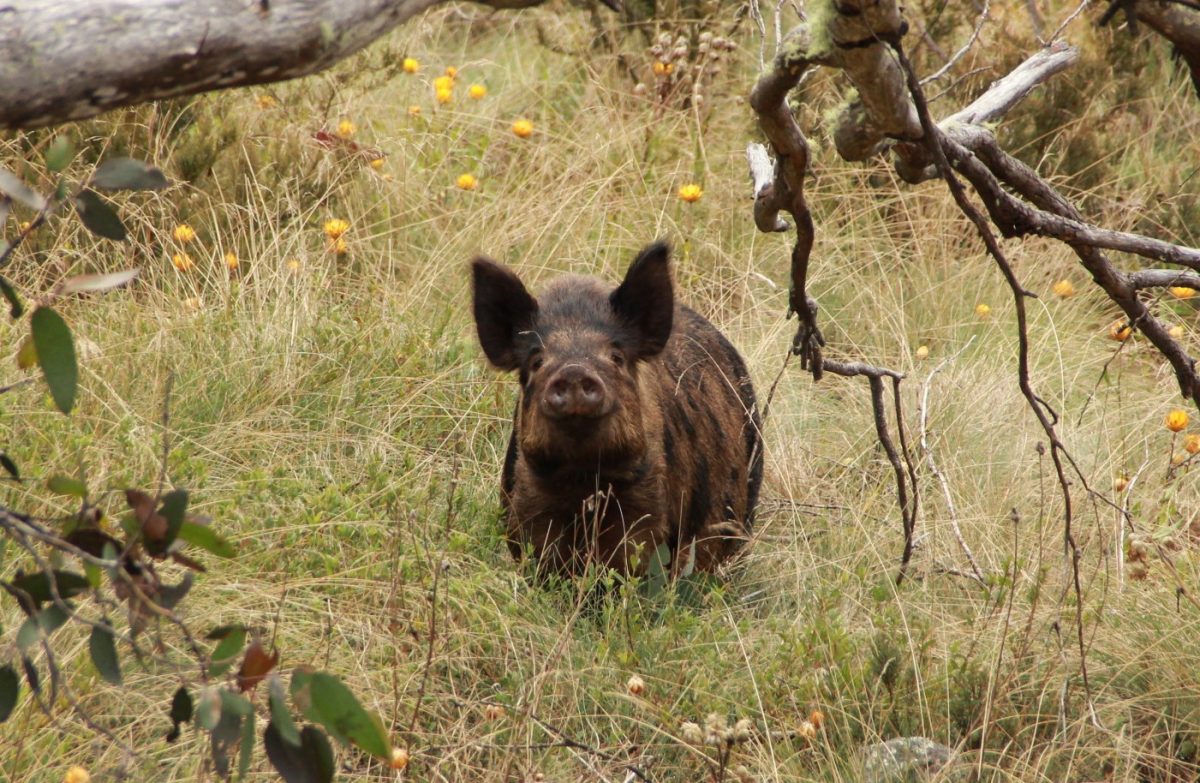 Wild pigs have moved into Narrabundah Hill on the edge of Duffy and rangers will now set traps as part of their localised control program to keep feral animals out of Canberra’s suburbs.

Dog walkers in the wooded reserve on Eucumbene Drive recently spotted the tell-tale green droppings of feral pigs and some dogs have had encounters with the animals.

One Rivett woman who walks regularly at Narrabundah Hill said her dog had chased one only to turn up later a little shaken by the adventure.

Manager Invasive Animals and Overabundant Wildlife at the Environment, Planning and Sustainable Development Directorate, Mark Sweaney said more reports had prompted the swift action without which feral pigs and other invasive animals would certainly end up in urban areas.

Mr Sweaney said that while there were no strong records of pigs attacking people, dogs could be an issue and warned walkers to back away and report the incident to Access Canberra.

“Pigs can be fairly ignorant of people and they might not have had many encounters with dogs, so they might feel threatened,” he said.

“If a sow was protecting her piglets she’d be defensive, or a boar might become defensive.”

Mr Sweaney said the suburbs’ good connections to river corridors, Namadgi National Park and other conservation areas were really good for wildlife in Canberra’s nature reserves but they also helped pest animals travel into the city as well.

“We’ve had pigs on Tuggeranong Hill, in the north at Mulligans Flat and Goorooyarroo Nature Reserve, and we also get feral deer into town on a semi-regular basis.

“We had a sambar deer at Parliament House a few years back and just recently on Long Gully Road, on Black Mountain, and in Kama Nature Reserve.” 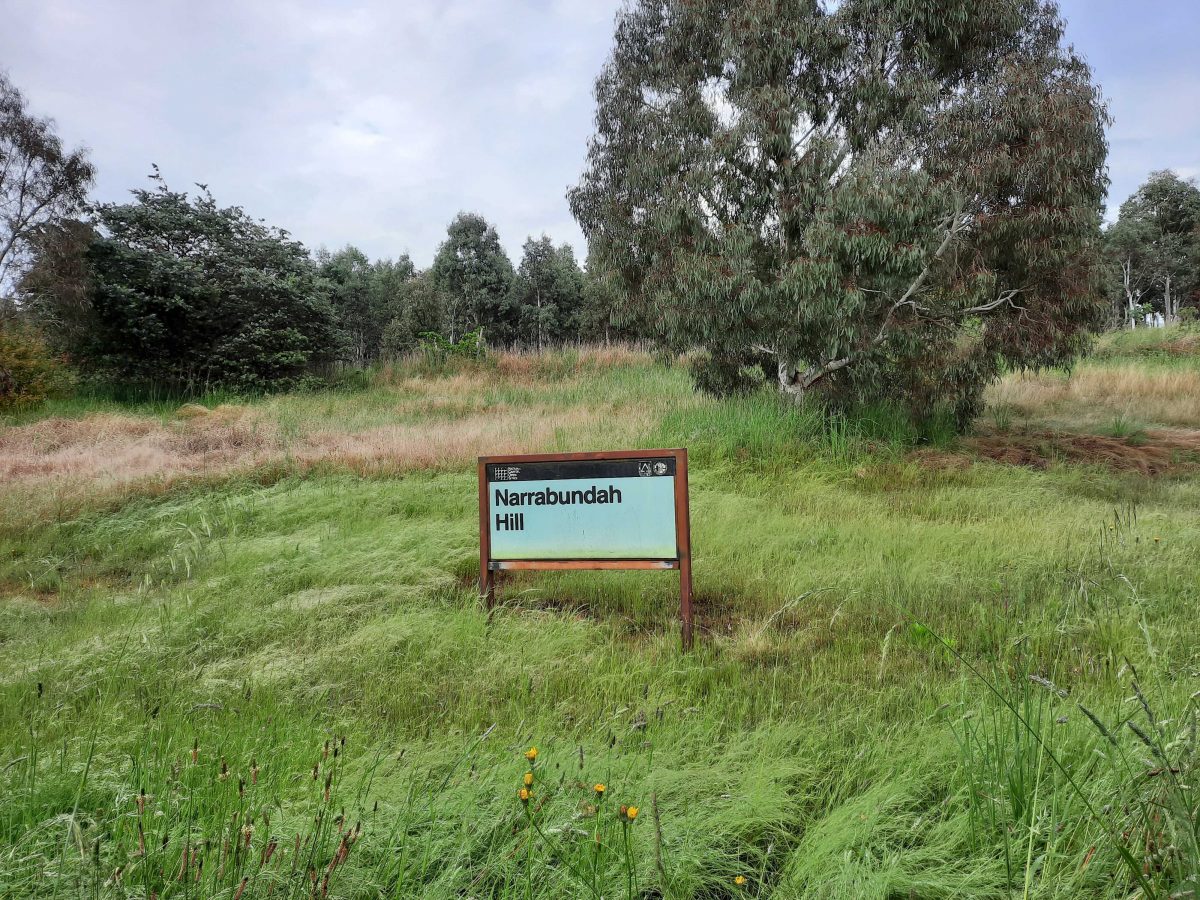 There is an established population of pigs in the Murrumbidgee River Corridor, and they have been in the Molonglo corridor before, with one trapped near the Arboretum, which did get the occasional pig in it, as well as deer.

The main strategy is to control where they occur so numbers are kept so low they don’t disperse into the suburbs.

Since the 2020 bushfires, EPSDD has been able to resume annual aerial culling – shooting from helicopters – thanks to Commonwealth and ACT Government recovery programs.

Mr Sweaney said that kept numbers down and rangers and field staff followed up with ongoing trapping and poisoning in known areas and problem spots.

“Pigs like to be near water and don’t always travel a long way,” he said. “They can have a small range so controlling them where their primary location is is the most effective method,” he said.

The last aerial cull in May took out about 250 feral pigs – about half in Namadgi, quite a few from the Googong foreshore and the rest from the Murrumbidgee River corridor.

Another one will take place next May.

“The primary benefit is the conservation outcomes in protected areas,” Mr Sweaney said. “But we definitely have a secondary goal of preventing urban populations.” 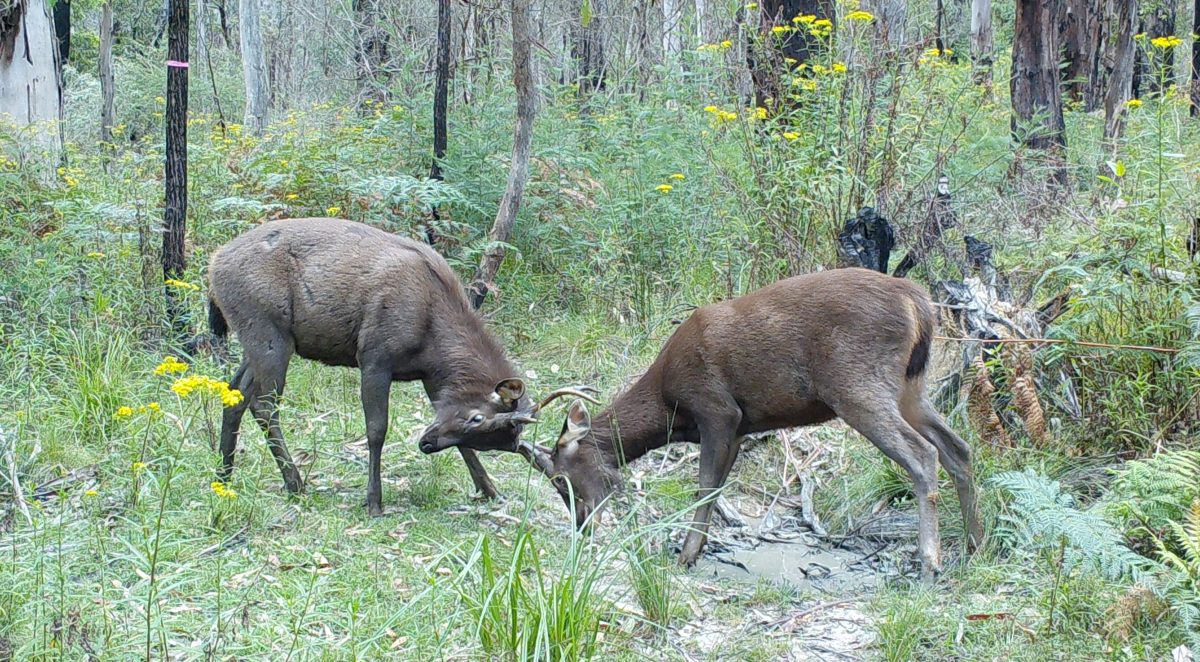 Sambar deer can be found throughout NSW and areas of the ACT, including occasionally in the suburbs. Photo: Rod Hart.

Successive wet seasons have been good for all wildlife with continuous feed available, so there are more pigs at present than in dry periods.

They are also vigorous, all-year breeders, producing big litters of about 10 piglets.

Mr Sweaney said illegal hunting, along with the associated damage to park infrastructure such as broken gates, remained an ongoing problem despite recent prosecutions.

They also occasionally leave pig dogs behind, and while there are no cases in the ACT, there are reports elsewhere of pigs being introduced to establish a hunting population.

Pigs, deer and rabbits are the top three invasive species on EPSDD’s hit list, with all three doing considerable damage to the environment.

Foxes are also abundant but more difficult to contain, while wild dogs are tackled where they threaten livestock.

Mr Sweaney said good resourcing, along with the wet seasons, had helped Namadgi’s recovery from fire and areas such as the alpine bogs were in really good condition because rangers had been able to manage the overall abundance of pests.

“Namadgi remains relatively low impact for invasive animals which is something we can be proud of in the ACT. It’s not an easy task,” he said.

I saw the headline and thought it was reference to all those people walking their dogs “off lead” and “hogging” the walking tracks and cycleways like they own the place, just like this woman: “One Rivett woman who walks regularly at Narrabundah Hill said her dog had chased one…” (are we to understand she was taken along for the ride while her dog chased the pig?). And this: “Mr Sweaney said that while there were no strong records of pigs attacking people, dogs could be an issue…” – it will only be an issue if the dog owner is breaking the law by failing to restrain their dog. A dog owner who cares about their dog (or anyone else) would have it on a lead, as required by law (unless in a dog park).

There are way more pigs in the KNP and surrounds (including the ACT) than brumbies, they cause much more damage (both through their feet and troweling with noses) and are prone to more diseases.

Yet the Green/Left movement want you to believe that the brumbies are the sole ecological problem in the area and want them killed.

There’s always been pigs close by. People just notice more now that the suburbs are taking out all the bush land.

Deer and pigs around Banks on Big Monks and Rob Roy and lower slopes for years.
Also, people should have their dogs on leads in Canberra Nature Reserves.

People been rooting out feral pigs for ages in canberra

Seen a lot of damage – in the bush.

Obviously the pigs have seen that the failed attempts to get rid of the rabbits in the centre of Canberra give them a good chance of taking over the fringes and nature reserves.

I hope the rangers use something more powerful that those puny .177 rifles they were allocated to euthanise injured kangaroos.

My fun quadrant of brain imagined what driving past City Hill at night would be like when, instead of bunnies everywhere, one was seeing piglets and pigs grazing. Then it was cars and pig dodging etc etc. Let your own silliness free. Kenbehrens below does mention our zoo, so we could go for Safari Canberra, let the lions free and hunters could pay mega bucks and just shoot the place up. Just put the rest of us back in lock down for a while.

We all know about the Government’s annual kangaroo cull and how the private motorist help to reduce their number.

I was also aware of the peacock menace around Red Hill but until now, I wasn’t aware that we were also had large numbers of feral pigs, deer, rabbits, foxes and wild dogs.

I now understand why the Government requires us to contain our cats. It’s dangerous out there.

On the positive, with so many species of wild animals out there, we have a zoo.

When the nutters have finished saving brumbies & kangaroos they will move on to saving wild pigs.

Let us hope that the ACT government is on top of this issue. Feral pigs are an increasing problem in ACT parks and suburbs. Let’s remove the feral in tackling this issue. “Pig huntin” has become an unregulated and cruel sport. Governments turn a blind eye to this cruelty!