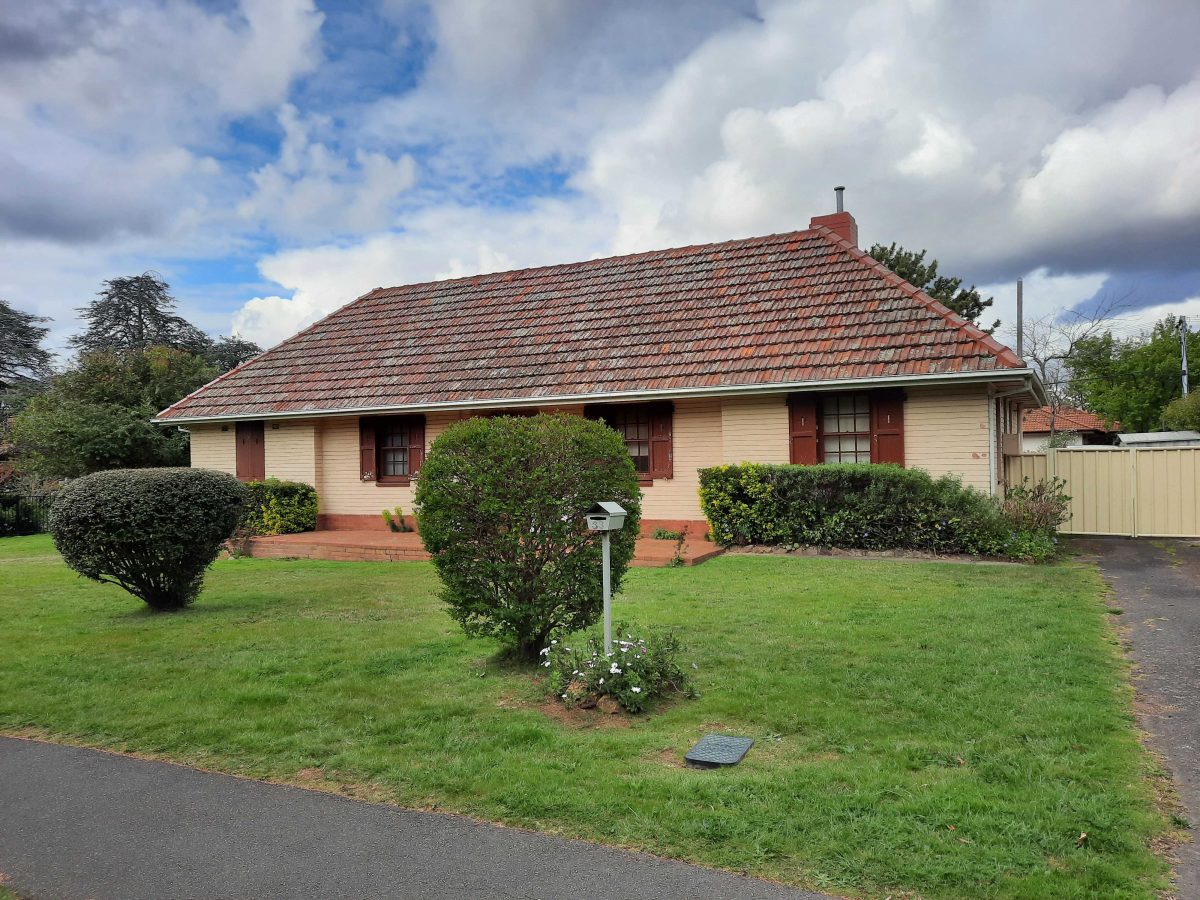 The 1930s house on Captain Cook Crescent that is proposed to make way for supportive housing. Photo: Ian Bushnell.

An 11th-hour heritage listing nomination has been lodged for a Griffith property the ACT Government wants to demolish to make way for supportive housing.

The Commissioner of Social Housing has lodged a development application for the demolition of 33 Captain Cook Crescent (Block 6 Section 49) and the construction of three two-bedroom homes and parking on the triangular, 1173-square-metre site at a cost of $701,000.

The DA is one of a number lodged by Housing ACT across Canberra as part of its renewal program.

The National Trust ACT wants the proposed demolition placed on hold until the ACT Heritage Council has had time to consider the nomination and the significance of the 1930s house on the corner with Lockyer Street.

It has also objected to the design of the proposed housing, loss of green space and inadequate setbacks. 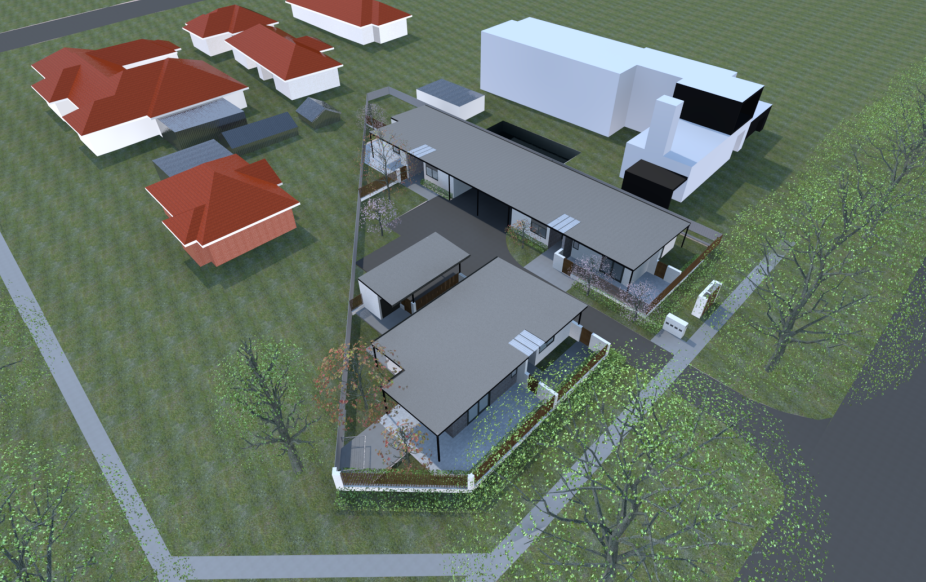 It says the design, including flat roofs, was out of context with that end of Lockyer Street, which still retains the qualities of a 1930s suburb.

“The extensive street presence removes the landscape setting and is contrary to garden city ideals and sustainability,” the National Trust says.

“The setbacks are not consistent with the area or the desired character both in landscape and built form.”

READ ALSO What’s new on the Canberra property scene? Find out in this week’s Region Property Guide, out now

In its nomination, the National Trust says there are few houses of this age in Canberra, either by single entry or in a conservation area.

“It is a rare, if not unique, remaining example of ACT cultural history,” it says.

“This was an important phase in Canberra’s history post-1920s establishment and growth. This is one of a few places not affected externally that remain and as such is an important representative of the period.”

The intact house has not been altered externally, and forms an important part of Lockyer Street, which retains a number of 1930s houses.

It can showcase details and construction techniques of the period for those interested in learning about 1930s Canberra houses. 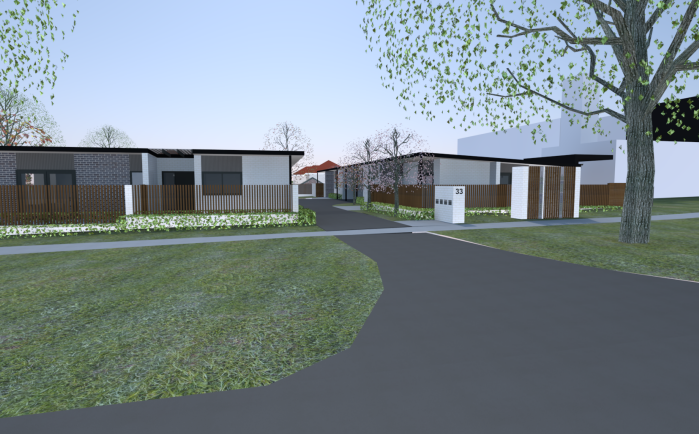 A view of the proposed housing from Captain Cook Crescent. Photo: GMB.

The National Trust says the significance of the house only became apparent as a result of the DA.

Set back six metres from Captain Cook Crescent, it will have 1.5m-high fences, with a three-metre planting buffer in front.

The DA says the fences allow units one and three to have north-facing courtyards as well as provide privacy and security between neighbouring residents. Unit 2 will also have a courtyard.

More than 40 per cent of the site will be open space, of which 68 per cent will be planted out.

The DA also seeks to vary the lease from single residential housing to multi-unit housing and to amend the purpose clause to add supportive housing use limited to a maximum of three dwellings.

Comments closed on the DA on 21 September.

Heritage Minister Vassarotti needs to step in and save this building.

I cannot but believe that there is something fishy about this…

Can’t they retain the existing building, modify it internally and build the other stuff in the back yard?

This would keep the heritage look of the building from the street and still fulfil the governments intended use of the block.

Everyone should be happy with that outcome.

Such property could have been auctioned between $3-4M last summer. Proceeds could have been invested into building of some 15 affordable disability-friendly dwellings in a new suburb instead of building merely 3 in Griffith.

And yet, not one public/supportive housing unit in the new developments of Renaissance and Illume in Griffith. This rotten government is happy to tear down our heritage and replace it with cheap shoddy builds instead of applying a more intelligent and considered approach to the public housing estate. The street behind 33 Captain Cook Crescent, which backs onto the proposed new development, will have two similar heritage cottages demolished and replaced with four cheap, shoddy builds. All of this without a semblance of cost-benefit analysis, in a street already heavily overcrowded with public/supportive housing, forming a “hub” of such housing: the heritage of this area of Griffith is being seriously eroded.

We will get the usual NIMBY label from Barr and his trolls, but for those in Canberra who cherish our heritage and our past it is time to think very carefully about what this government is doing to this city. They are raping and pillaging this place and they won’t stop until we get rid of them. They don’t give a damn about you or this city, its origins and its past, and it’s time you woke up.

They’d be better off selling and building elsewhere. Would make a tidy sum.

But it’s ok to demolish many similar houses for MacMansions that cover the whole block and are ugly to boot.
I smell NIMBYs

If buildings and houses were built to be disability friendly this would be less of a problem. Housing is extremely hard for anyone renting, let alone disabled people renting. Then there’s all the people who need housing support full stop and the disabled people who need government housing. I agree that a heritage property should be saved, but Im also disabled and know how hard it is for disabled people to get housing that is built for them.