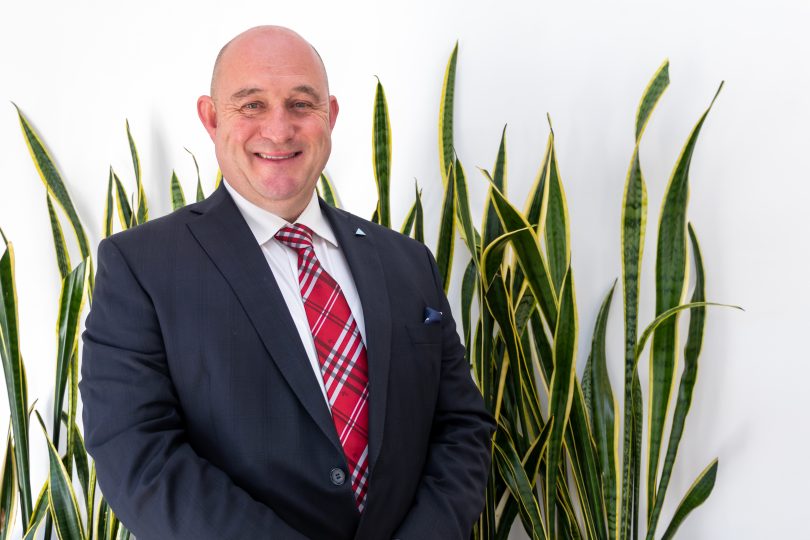 Paul Corazza is no stranger to real estate. He’s just marked his 26th year in ‘the biz’ and has sold 1508 properties worth close to half a billion dollars. That’s more than one a week, every week, for 26 years on average.

Paul, the Principal at Independent Gungahlin, remembers his first sale as clear as if it was yesterday. It was April 1993 and he had to open an old gate to let himself into a large paddock and then manoeuvre his way through grazing sheep to locate the precise block of land for sale.

“It was in Palmerston, which was the only suburb out in Gungahlin then,” says Paul. “The land and finished home sold for a whopping $124,500.”

Paul — a proud resident of Gungahlin — built his first home in Nicholls more than 23 years ago. He’s been immersed in the community ever since and has sold more than 500 properties in the Gungahlin region alone.

“When I first started, I got to know so many builders on a deep level that it was hard to choose who to use when I built my first house,” says Paul. “The quality and consistency of workmanship was amazing back then. I really miss those days.” 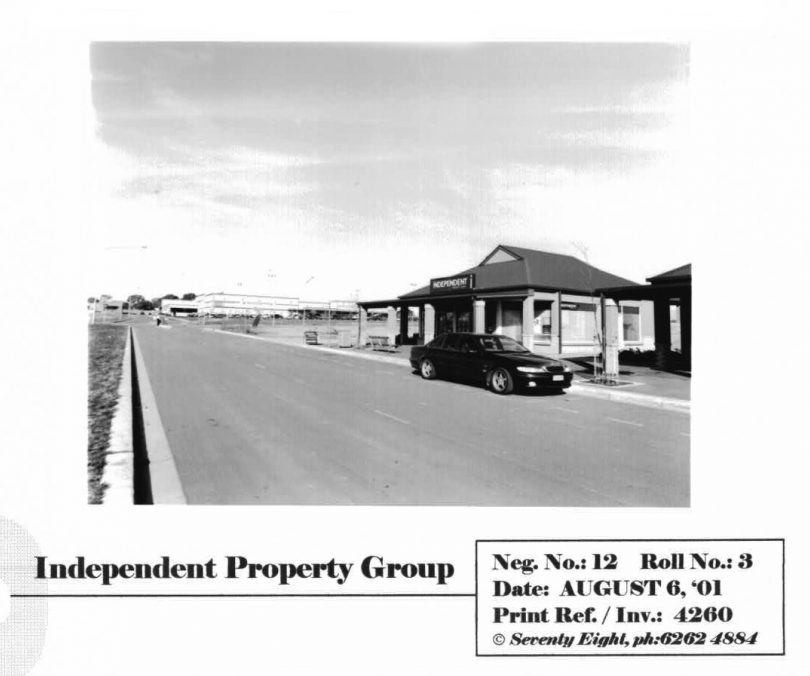 When Paul Corazza opened in Gungahlin he was in one of two buildings in a paddock. Image: Supplied.

Paul’s first phone sat in a big cradle in his car.

“When it rang, the horn would beep loudly,” he says. “Then I had one of the first hands-free mobile phones, the size of a small briefcase with a massive battery pack. I’ve had phones that swivel. I’ve had phones that flip. Today, I can’t live without the latest iPhone. And through all these years, I’ve had the same base phone number.”

Paul has been with Independent Group since the days it was called R.O. Wellsmore, then Reg Daly and then Federation Independent. He still speaks fondly of his first office in Belconnen Mall.

When he moved to Gungahlin, Paul remembers the “little building” he operated from. “It was just us and Domino’s Pizza—two buildings in a paddock,” he says. “Woolies wasn’t even finished.” 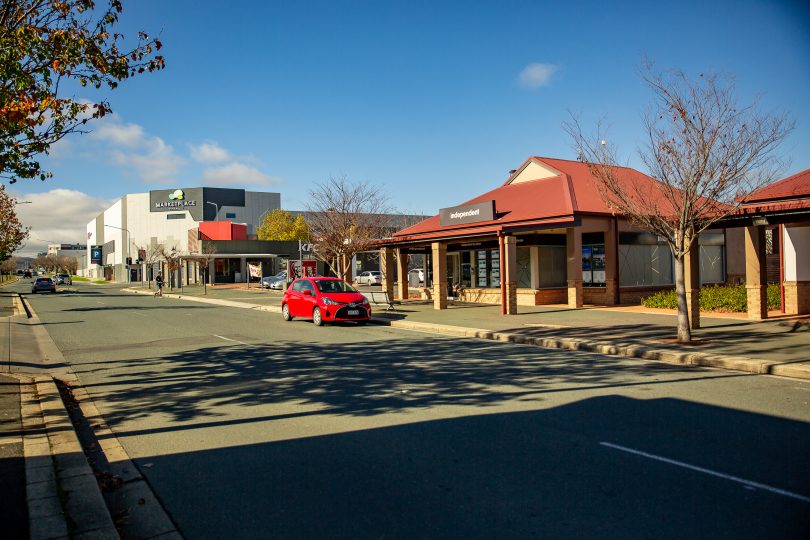 Paul has never wavered in his desire to deliver remarkable property experiences every day. He still provides high levels of service and considers himself a “gentleman of the industry”, always wearing a tie to an auction and a suit to open homes.

Paul’s team shares his vision and operates with the same passion. Some staff have worked alongside him for 15 years.

Although he is a Principal, Paul is still a hands-on operator and loves every minute of it. He’s never afraid to roll up his sleeves and help, including dropping off or picking up for-sale signs or even changing light bulbs.

One of Paul’s biggest achievements—besides getting married 22 years ago and having a son 11-and-a-half years ago—is the day he took on an assistant.

“It may sound strange the way real estate works these days, but I got to the point where I couldn’t do it all myself,” says Paul. “It was a big step to put on a partner, but the best move I ever made. Ray Moon is still with me 10 years later, now as Senior Sales Associate. He’s a big part of the office and its future.” 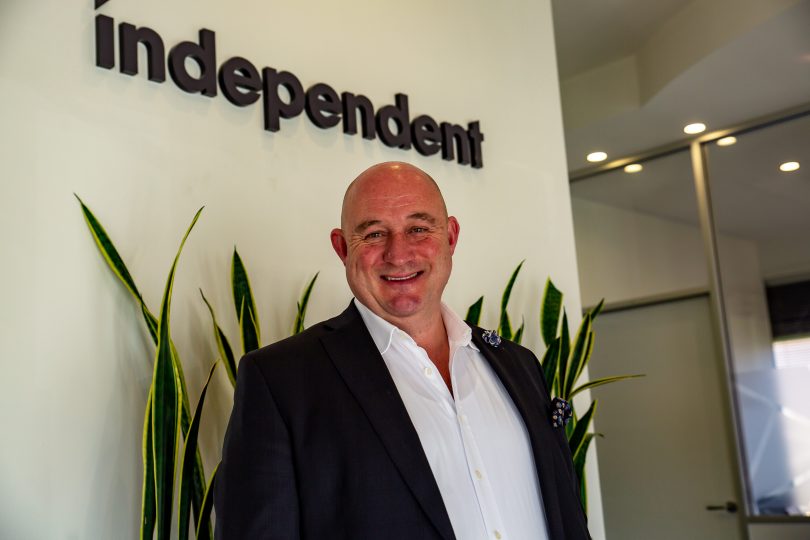 Paul Corazza is a proud resident of Gungahlin and very immersed in the community. Photo: George Tsotsos.

Fast forward to recent times and Paul is proud of the larger developments he’s been involved with, working closely with developers on every stage, from architectural plans, to colours schemes, landscaping and even researching and coming up with development names.

“Halston in Braddon, for example, was named after a famous American fashion designer, Roy Halston Frowick,” says Paul. “It was a perfect fit because the complex was elegant and beautiful like his fashion. The Malabar Apartments in Dickson, close to China Town, was named after ‘The money tree’. Other great developments I’ve been involved with are Monarch on David Street in Turner, Coventry in Dickson, The Astin in Braddon and Arte in Braddon.”

John Minns, Independent Chief Experience Officer, says Paul’s reputation is up there with the best and he’s admired by many.

“Paul is an industry leader who has achieved success by seeing what could be, not following what has always been,” says John. “He has a passion for great client experience and this has led to real value for homeowners who need a great result at a time of change in their lives or major developer clients whose business success relies on flair in design, strong communication and delivering a product that the market wants.” 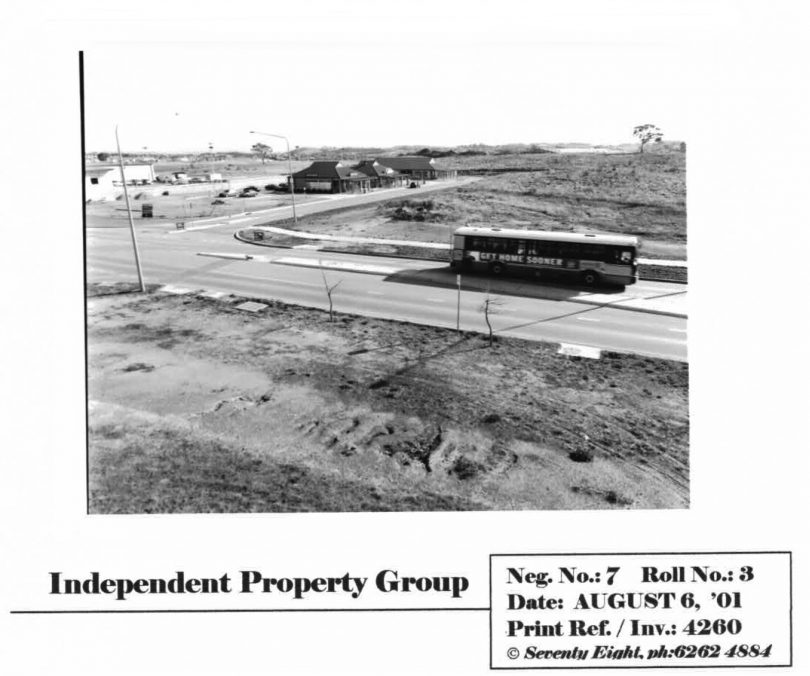 Paul has picked up many awards through the years, including the REIA Awards for Excellence, Large Residential Agency of the Year, Hall of Fame and Communication (Advertising).

His passion for Canberra is palpable and he’s chuffed to see the city growing up, including with major advancements like the light rail.

“My wife and I were both born and educated here and have always lived here,” says Paul. “I can’t see that changing anytime soon.”