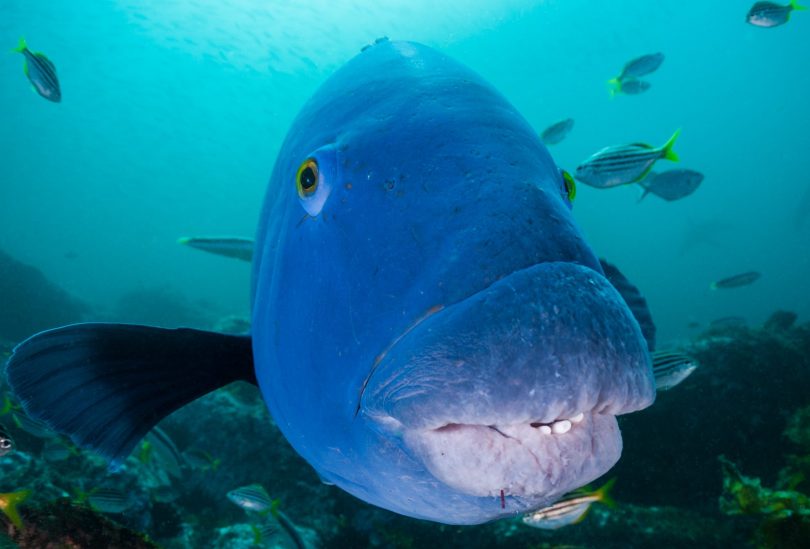 Recreational fishers have hit back at conservationists’ claims that the relaxation of rules within the protected waters of Batemans Marine Park is threatening marine species and habitats.

They say there are bigger threats to species such as the grey nurse shark, habitats such as kelp forests, and climate change, and the amount of fish caught by recreational fishers in the rezoned areas is minimal.

Conservation groups have been outraged at the relaxation of rules in the park to give recreational fishers more places to fish. The decision was made by NSW Minister for Agriculture Adam Marshall and Member for Bega Andrew Constance in December 2019. 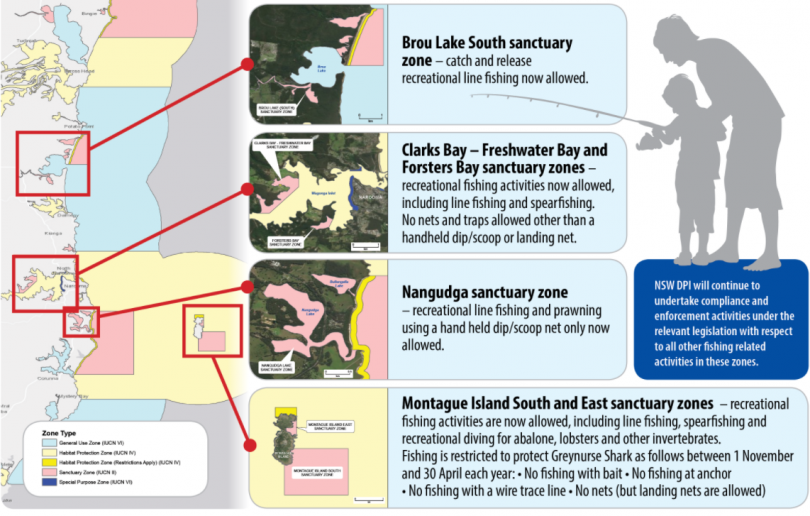 A map of the new zoning in Batemans Marine Park. Photo: NSW Government.

However, Euro Fishing Association president Adam Martin – who was instrumental in the relaxation of the sanctuary rules – said the chances of harm to grey nurse sharks is minimal.

He said leaders of the local recreational fishing community previously agreed to a list of behaviours – including fishing only with circle hooks and lures – to ensure responsible fishing in the areas rezoned.

Fishing at Montague Island is also restricted between 1 November and 30 April each year to protect grey nurse sharks. 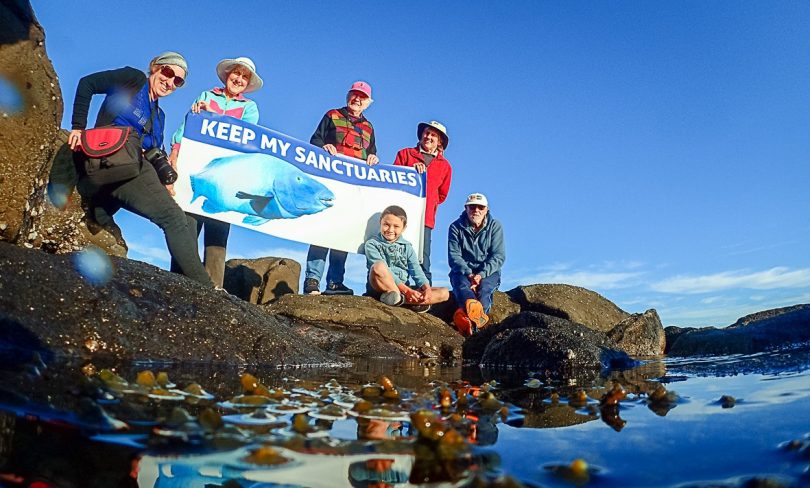 The Save Batemans Sanctuaries community group has called for the NSW Government to reinstate sanctuary zones. Photo: Supplied.

Mr Martin agreed there was previously poor management of fishing in the park, but said he and many other fishers are working on conservation projects to restore it.

He also said there are bigger issues conservationists should be talking about, such as microplastics, which are invisible to the human eye but harming key marine species.

“To be honest, we are over fighting with the groups we feel attack us all the time,” said Mr Martin. “We are trying to get on with good work.”

Dalmeny commercial abalone diver Stephen Bunney is a leader in the marine restoration space and agreed there are bigger environmental issues at play.

Mr Bunney – who is also on the Batemans Marine Park Advisory Committee – is worried about the impact climate change is having on the Great Southern Reef.

About 70 per cent of Australia’s population lives within 50km of the reef. Its unique species and kelp forests are under threat from ocean warming, according to marine ecologist Dr Cayne Layton.

“When you understand what we’re dealing with – climate change – and then you look at what these environmentalists are saying about sanctuary zones, you throw your hands up in the air,” said Mr Bunney.

“It’s like putting a fence around a block of land when a bushfire comes through. Environmentalists are making out these sanctuary zones are the silver bullet, but they’re not.”

The Save Batemans Sanctuaries group has called for the NSW Government to reinstate the sanctuary zones or to safeguard more of the marine park as no-take zones. 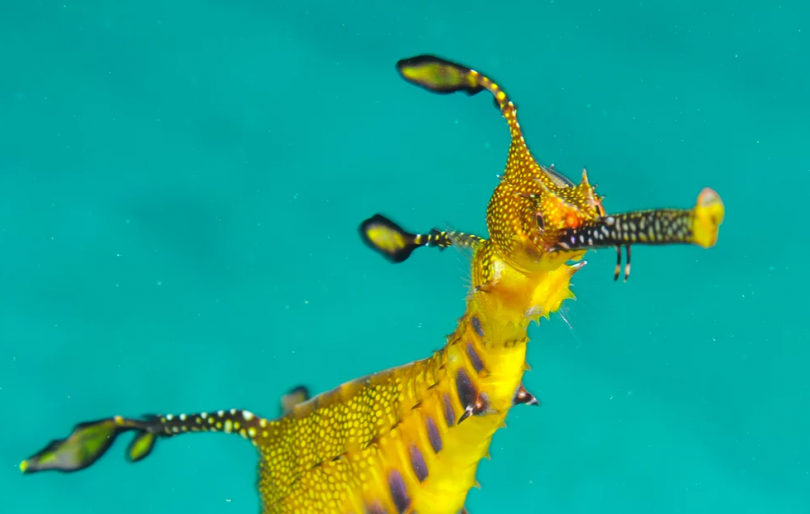 Tackle World Moruya store owner Nick Toozoff said conservationists should be talking about bag limits and catch size limits rather than banning fishing in the sanctuaries.

He argued the number of fish anglers can take from the sanctuaries is “bugger all” and works hard to educate his customers to fish responsibly.

“Most limit their catch, rather than catch their limit,” said Mr Toozoff.

“Fishing is a pastime for many generations. I understand that commercial fishing has wiped out a lot of fish, but if fishing is managed well, it means my kids, their kids and so on can still get a feed.”

The Save Batemans Sanctuaries group said it wasn’t consulted by the NSW Government before the changes and wants to be consulted before the overall review of management rules across Batemans Marine Park is completed.

But Mr Martin said the NSW Department of Primary Industries did consult stakeholders and there was a lot of work done by scientists employed by the NSW Government on a risk assessment of relaxing the sanctuary rules.

“The claim that there was no community consultation is not true,” he said. “It just probably wasn’t done to the level those stakeholders wanted.”

This is simply not true for snapper. Snapper have been overfished and growth overfished for many years. The average size is between 1 and 2 kg. This is pathetic for a fish that lives to 40years old and 14kg.
Almost every recreational fisher knows the stock has problems. More and more evidence is coming in to say that many snapper stay on the same reef for years. Sanctuary zones are the last refuge for rare, old large fish. These large fish are prolific breeders and important as sea urchin predators.
Opening the ocean zones which have protected fish for up to 13 years was a dreadful thing to do. It directly exposed these large trophy fish to a very small group of anglers that happened to be near the zones when the zones were opened. 13 years of investment by thousands of anglers not fishing was undone at the stroke of a pen. It was the eqivalent of selling off an asset. DPI knows the status of snapper and knows the available evidence. To do this in spite of this knowledge for short term election benefit was appalling and should never happen again. The ocean sanctuaries at Montague should be closed to fishing as soon as possible. As they were opened months ago it is no doubt too late for the resident fish, but at least the investment in better fishing can start again.
It is beyond me why some fishers can’t accept there are places you can fish and places you can’t. This freedom stuff is simply selfish. They can dive or snorkle like anyone else.

Science has shown over and over again that marine park sanctuary zones are great for the health of the marine environment. And if a relatively small proportion of a marine park is closed to fishing – say 30% – the larger and reproductively more prolific fish that are allowed to grow in those areas will populate the rest of the marine park to the extent that all will be better off – the environment and the fishers. A ‘win-win’ outcome is there if only we could grasp it.

Your article didn’t notice that the NSW Government completely failed to follow any credible process in making this decision. There was no scientific justification for the changes made. The government’s own Marine Management Authority wasn’t asked its opinion. They didn’t even bother to tell the local Marine Park management. The government’s own law requires consultation before any boundaries are changed, but the government got around this by saying “Oh, we’re not changing the boundaries of these zones, we’re just saying that people can go and fish in these areas and they won’t be prosecuted.” Nearly a year after the decision, the legally-required consultation still hasn’t happened.

The south coast community as a whole wants to ensure that the natural world is able to flourish into the future, for fishing, for our economy, for the well-being of our local population and for the health of the environment. As a community we have the opportunity and the obligation to care for these precious places and the creatures that inhabit them, for ourselves and for future generations. If only the state government had the competence and good sense to help make that happen. Instead it just makes half-baked decisions that will only cause harm in the long run.

These marine parks are ridiculous. Stopping a few people with a rod and fishing line from catching a couple of fish does not offset allowing the foreign supertrawler that has been allowed to drag the ocean bare a kilometre away. Just moronic.