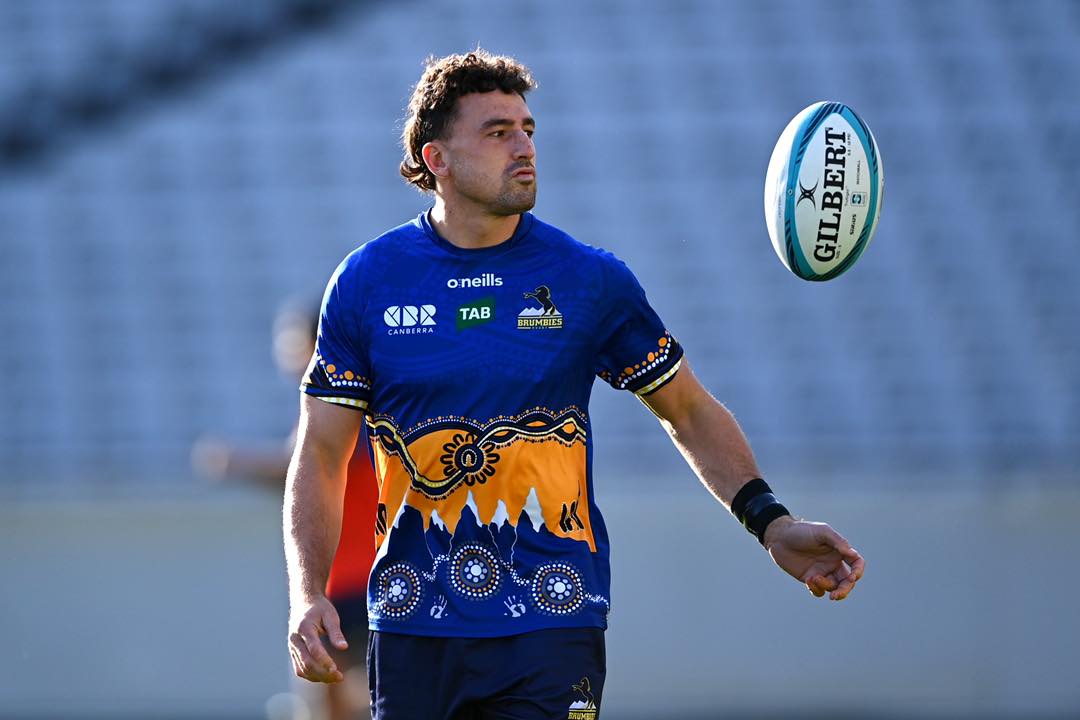 The Brumbies have proven that they can put a controversial refereeing decision out of their minds quicker than their supporters. Photo: Brumbies Rugby.

Many of the Brumbies fans at Canberra Stadium who braved the conditions on that bitterly cold Saturday night in 2000 when the Crusaders beat the home side in the Super Rugby final still hold a grudge.

With three minutes to go on that night 22 years ago, with the Brumbies leading 19-17, they looked to have the game in their control. They had the ball in hand and were looking to wind down the clock before chaos unfolded.

South African referee Andre Watson, who was already a villain in the eyes of Brumbies supporters, awarded a questionable penalty to the Crusaders, deeming the Brumbies held onto the ball in the ruck.

Watson received a fair reception from the Brumbies crowd that night.

The animosity towards Watson continued for the remainder of his refereeing career whenever he officiated at Canberra Stadium.

What was lost in the emotion was the fact that Stirling Mortlock missed four from nine kicks at goal.

As the fury boiled over with fans, the Brumbies realised they couldn’t allow the irritation to fester. They went on to win the title the following year.

There was also anger directed at referee Nic Berry when the Brumbies lost to the Queensland Reds in the 2021 Super Rugby AU final when James O’Connor scored in the 85th minute.

The Brumbies were down to 13 players and the penalty count was 20-8 against. There remains a suspicion there was a Queensland knock-on in the lead-up to the Reds’ match-winning try.

What was forgotten in the emotion was Folau Fainga’a’s overthrown lineout with 90 seconds to go which gave possession to the Reds.

It didn’t impact the following season, as they finished as the only Australian team through to the semi-finals.

With the same score line as the 2000 final, the Brumbies went down 20-19 to the Blues in Saturday night’s Super Rugby Pacific semi-final at Eden Park.

Again a refereeing controversy has overshadowed the game.

The Brumbies were unlucky not to have been awarded a penalty in the 78th minute with flanker Luke Reimer effectively counter rucking while Blues forward Luke Romano appeared to hold onto the ball in the tackle. But Kiwi referee, Ben O’Keefe, allowed the play to continue.

The Brumbies erupted as it was in kicking range, and the Blues held on to win, 20-19.

There was plenty of anger directed at O’Keefe over the decision.

What was forgotten in the emotion was the Brumbies’ performance in the first half, which was limp and allowed the Blues to lead 20-7 at the break.

The contrast in the performance of the two sides could not have been more different in the second half. The Brumbies came home strongly, only to fall short by one point.

And what is of greater concern, I would have thought, is the inconsistency regarding red and yellow cards.

Both Blues players sent to the sin bin during the game were lucky they weren’t red-carded.

Brumbies centre Len Ikitau was red-carded the previous weekend and watched the semi-final from the stands after receiving a three-week ban.

In the minds of many, the tip tackle on Andy Muirhead and the high shot on Reimer deserved a harsher penalty.

More than anything else, these inconsistencies should be of greater concern than the 78th-minute penalty.

As a team, though, the Brumbies have proven that they can put a controversial refereeing decision out of their minds quicker than their supporters.

In short, Tim, I think you’re highlighting the only thing that matters is the final score recorded in the books … to paraphrase the old addage, “The winners are grinners, and losers can … oh who cares what they do?”