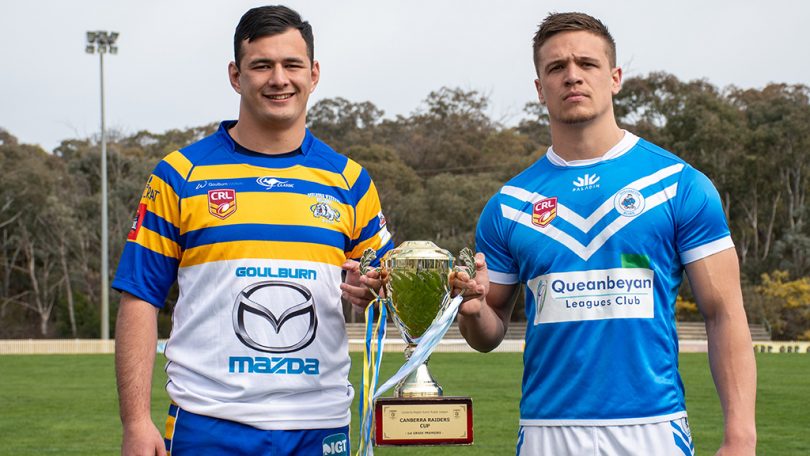 Two of the region’s powerhouse rugby league clubs will feature in the first-grade grand final with minor premier, Queanbeyan Blues taking on the Goulburn Bulldogs at 3 pm.

The two sides faced off in the 2014 and 2015 grand finals, both won by the Queanbeyan Blues.

The Blues will be aiming for their fourth title in six years, while Goulburn is vying for its first title since 2009.

The Bulldogs come into the final with big wins over the Queanbeyan Kangaroos and Tuggeranong Bushrangers in the semi-final and preliminary final. The Queanbeyan Blues have surged their way into the grand final on the back of their aggressive forward pack.

“There are so many sub-plots but there are also 34 quality footballers for each club who are very well coached by Adam Kyle, who coached at junior representative level and Terry Campese, who has some of the best attacking players in the competition,” Vergano said.

“Goulburn winger Steve Cummins is the top try-scorer in the competition and Michael Dodson is one of the oldest.

“We’ll get a hard grand final and the forward battle will be fierce, but there are also so many attacking options on both sides. You’ve got two crafty hookers with Zach Patch and James Aubusson, but at all these levels, there’s a lot of talent on show.”

The same can be said for the West Belconnen reserve grade side which is aiming for its third successive premiership. The under-19’s grand final will see a warm-up to first grade with Queanbeyan Blues taking on the Goulburn Workers.

In the Katrina Fanning Shield, the Yass Magpies take on the Valley Dragons at Canberra Stadium at 12:45 pm as a curtain-raiser to the Canberra Raiders and New Zealand Warriors game in the NRL.

Entry to the ground is $10 for adults and $5 for aged pensioners. Under 16s get free entry.