On this day 25 years ago, disaster struck in the mountains at Thredbo as the alpine village slept.

At about 11:30 pm on 30 July 1997, a landslide was triggered in a fill embankment of Alpine Way which saw Carinya Lodge ripped from its foundations. The soil and the ski lodge’s west wing then hurtled down the slope and slammed into Bimbadeen Staff Lodge, which violently spun and collapsed.

At the time, one person was staying in Carinya Lodge and 18 were inside Bimbadeen.

Emergency rescue teams across the state were mobilised to find any survivors.

Just one person – Stuart Diver – was pulled alive from the rubble, on 2 August, four days later. The bodies of the other 18 people were also recovered.

One of those first on the scene the next day was now-retired Bega Valley Rural Fire Service Superintendent John Cullen.

“We were a strike team called upon to go assist. We’ve always worked very closely with the Monaro area. They helped us with the disastrous fires during 1952, so our volunteers had no issue going up to help.”

John’s team was tasked with support roles, including filling sandbags and traffic control, as well as relaying information to the command centre and supporting the community.

“What I remember is the eeriness and the cold. The damn cold,” John said.

“It wasn’t a very pleasant scene. It was pretty eerie and very daunting … plus you were just thinking about what had gone on.

“Lots of people were coming to Thredbo to have a look, so we were turning them around, explaining what was going on, and trying to make it as safe as possible for the other operators.”

John and his team helped for three days, then took a break before returning again.

“I just played a very small role in making a difficult situation a little better,” he said.

“I’m quite humbled I was able to go help … but I just happened to be there, just the one who took the phone call.”

John said while he had been involved in many tragic situations, including car accidents and fatal house fires, this was one situation he had never dreamed would occur.

“The day [Stuart Diver’s] rescue took place, I think everyone had a tear in their eye when they got him out,” he said.

“But a lot of people didn’t make it.”

The rescue and recovery operation of the bodies took nine days, with the last victim recovered just before a major snowstorm closed down the site. 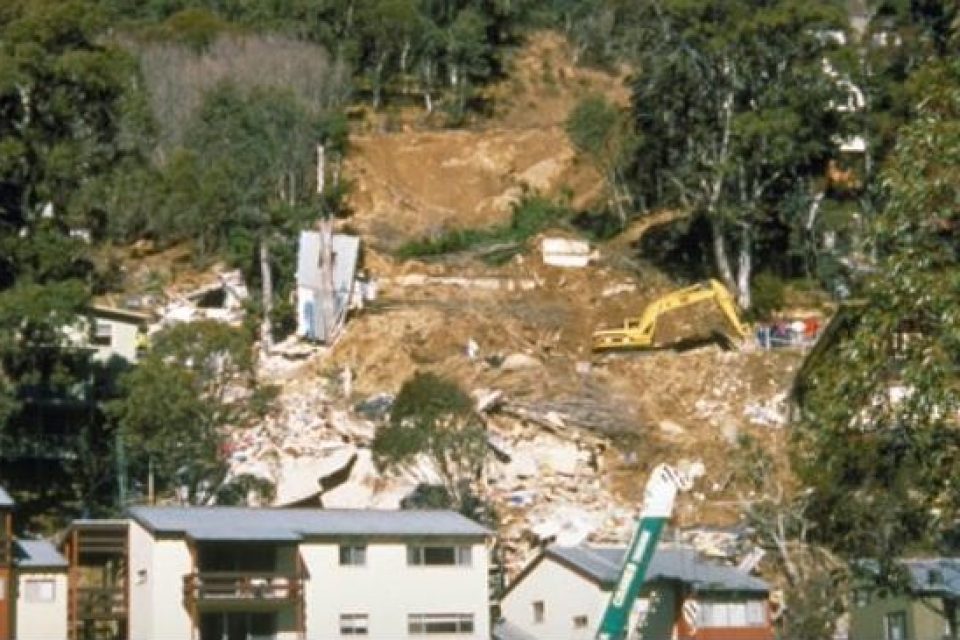 Carinya Lodge was ripped from its foundation on the mountain and slammed into Bimbadeen Lodge. Photo: NSW Police. 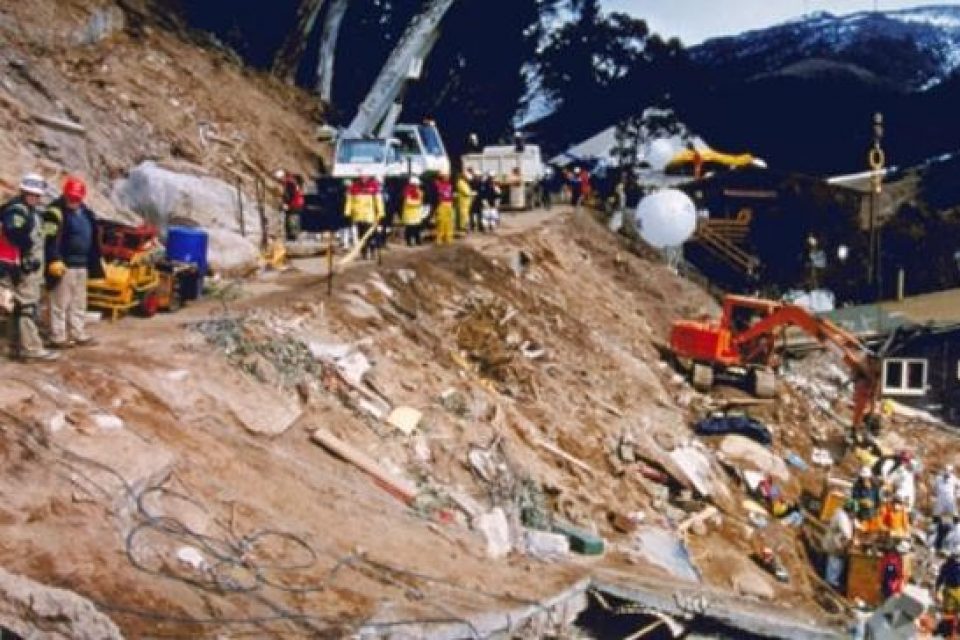 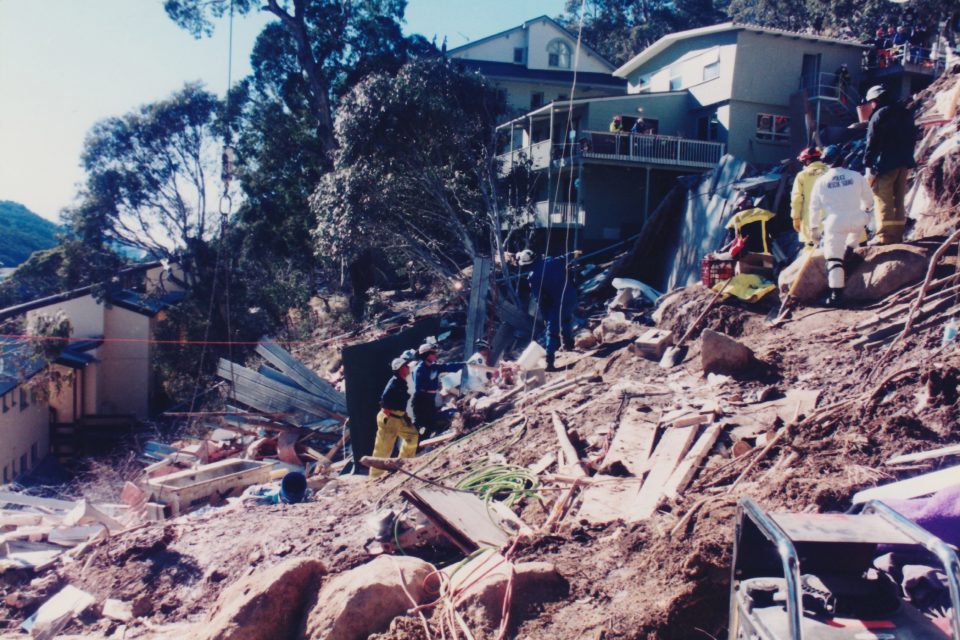 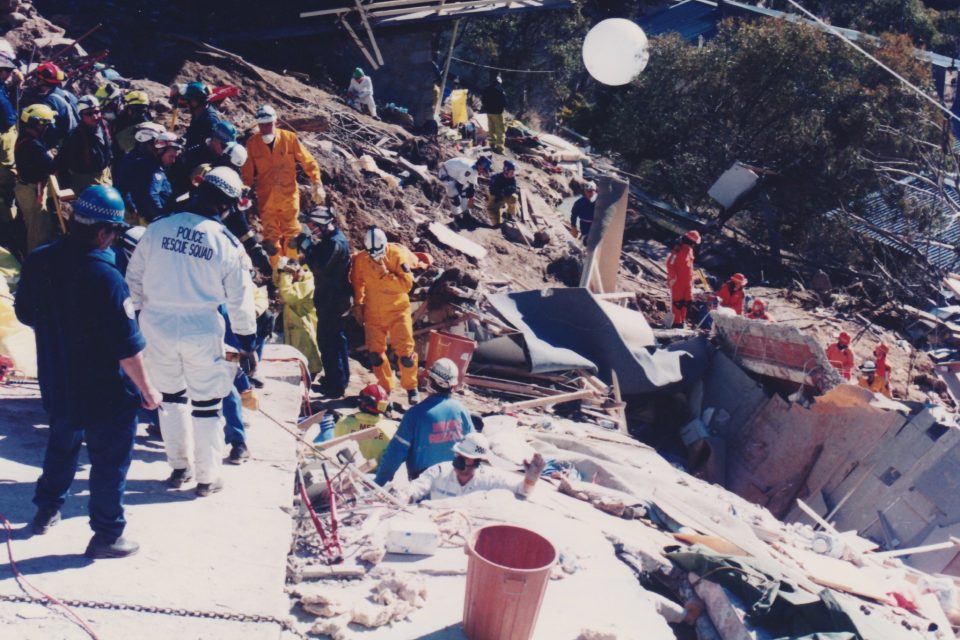 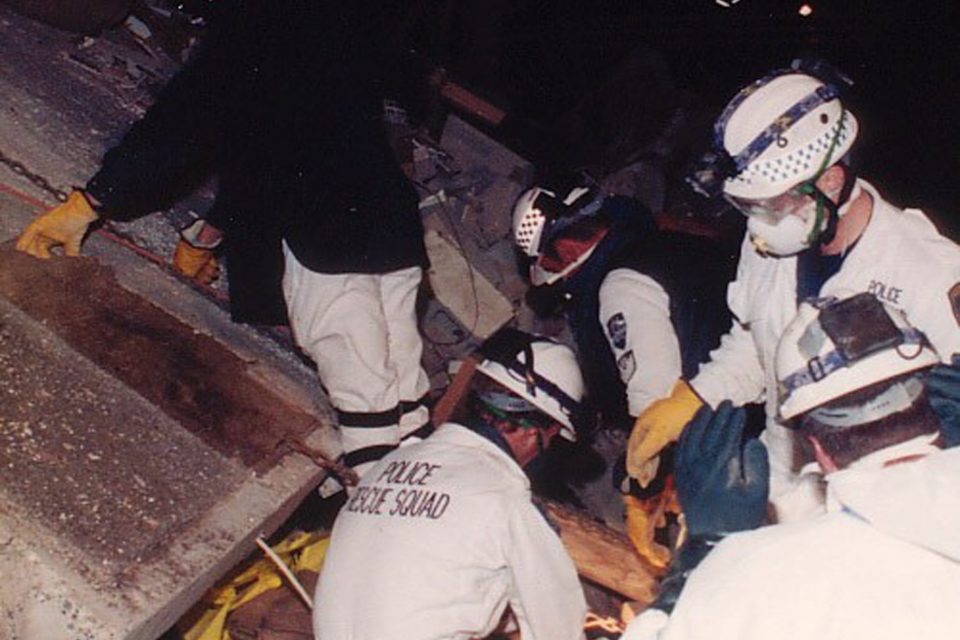 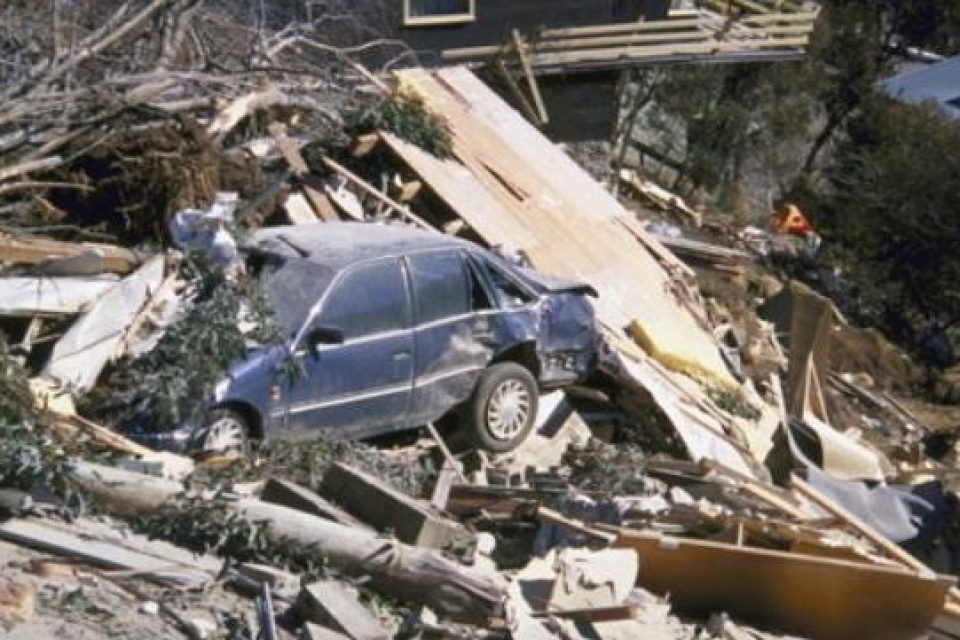 The devastation facing rescue crews in the wake of the Thredbo Landslide. Photo: NSW Police.

One man who arrived at this time was now-retired Sergeant Greg Casey with NSW Police.

He had been working for Wagga Wagga’s Highway Patrol at the time, but all crews had been placed on standby to assist. While the last body had been found, the site was still declared a crime scene.

Greg remembered the moment he arrived at the mountain.

“It was so surreal because I had been following it on TV, but to actually see it gave you a greater appreciation of the scale of the task,” he said.

“It started snowing the day I arrived and snow covered the site … it gave a mental and physical respite from the frenetic activity there.”

As many rescuers had been sent quickly to the site, they weren’t properly equipped with protective clothing, putting them at risk of frostbite and hypothermia in the wintry sub-zero temperatures.

But as the snow melted, the task shifted from body recovery to looking for evidence of what triggered the landslide and finding the personal property of those who had died.

“We took a layered approach. The surface level was sifted through and then once it was cleared, the diggers would move in and move the soil or a slab of concrete, and then we’d do the whole process again,” Greg said.

“I remember recovering a suitcase and it was inscribed with ‘Euan Diver’, it had Stuart Diver’s brother’s name on it. It was the suitcase he had taken.

“Finding those items, it can give the families of the victims some closure. A sock or something might not mean much to you or me, but think about any time you’ve had a relative pass away and the items that then mean something to you.”

Greg also helped friends and family of those who had died visit the site to lay flowers and take a moment to mark their lives.

“It really gave a human element to it, rather than it just being a site and focus of media attention,” he said.

“We were just there to witness and support people with their grief. You could see that they were very upset but it helped them deal with their loss.”

Being part of the Thredbo landslide recovery effort was a stand-out in Greg’s 34-year career.

“I reflect on it with a bit of pride and satisfaction that I had the opportunity to be involved in that process and recovery,” he said.

While NSW Police’s Search and Rescue unit has celebrated its 80th anniversary, Greg said that day caused a shift in how the team conducted operations.

“Prior to Thredbo, landslides weren’t seen as a distinct possibility for Australia. It was thought we didn’t have the landscape,” he said.

“It was approached as professionally as it could be at the time, but since then, urban search and rescue has become a distinct discipline on its own. Now, if a situation fulfils certain criteria, there’s an automatic response to deal with it.”

Greg visited the site over summer and encouraged anyone who goes there to sit at the memorial.

“You can just sit there, look at the village and contemplate what was lost and what was learned,” he said.

A flare run and fireworks display will be held tonight (Saturday, 30 July) at the Thredbo Resort to mark the anniversary of the Thredbo Landslide. While members of the public cannot take part in the flare run, all were welcome to watch. 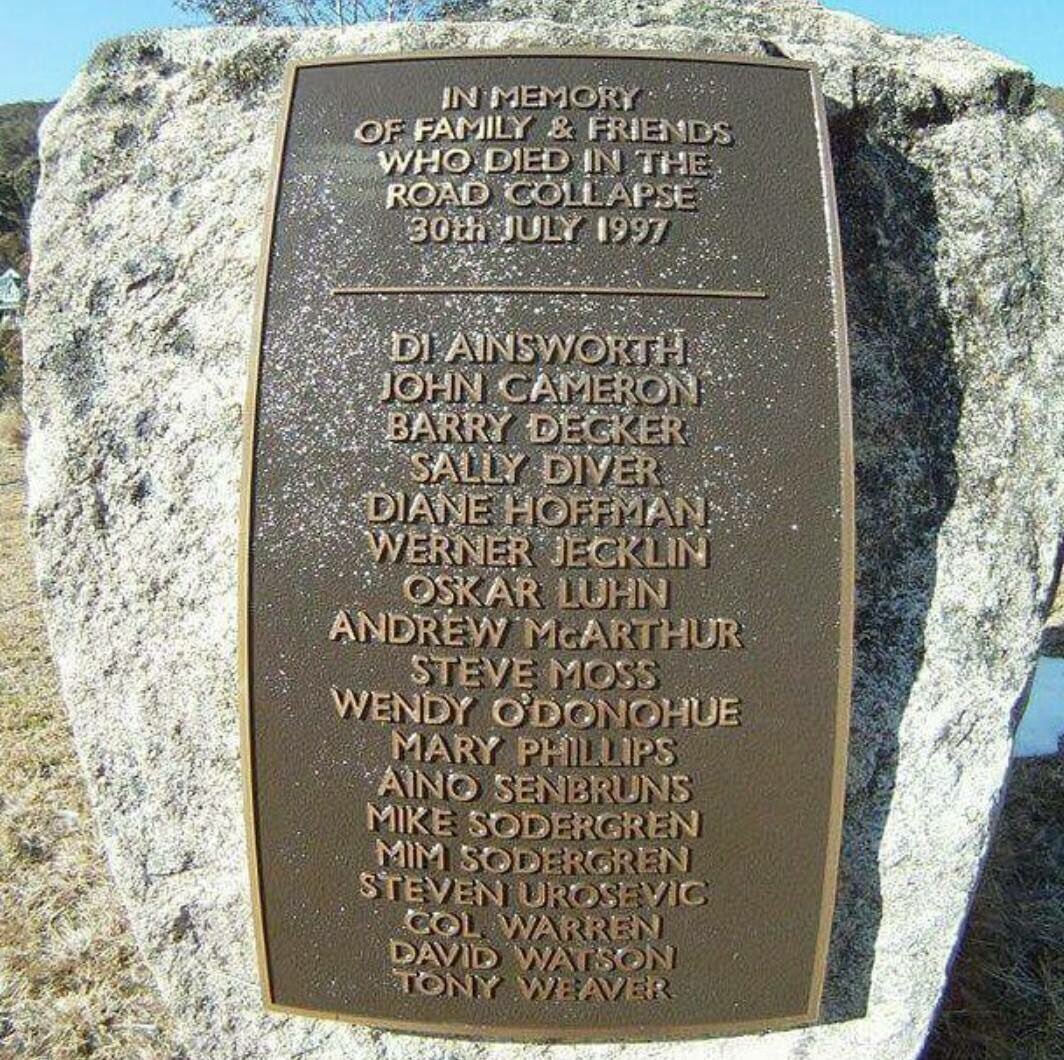 This plaque stands at the memorial site for the Thredbo Landslide. Photo: Twitter, @theskishedhire.

I remember that so well and when they got Stuart out no body can explain that feeling of excitement and sadness at the same time. 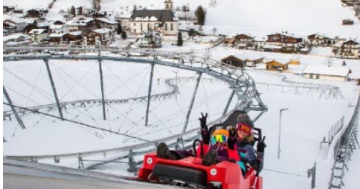