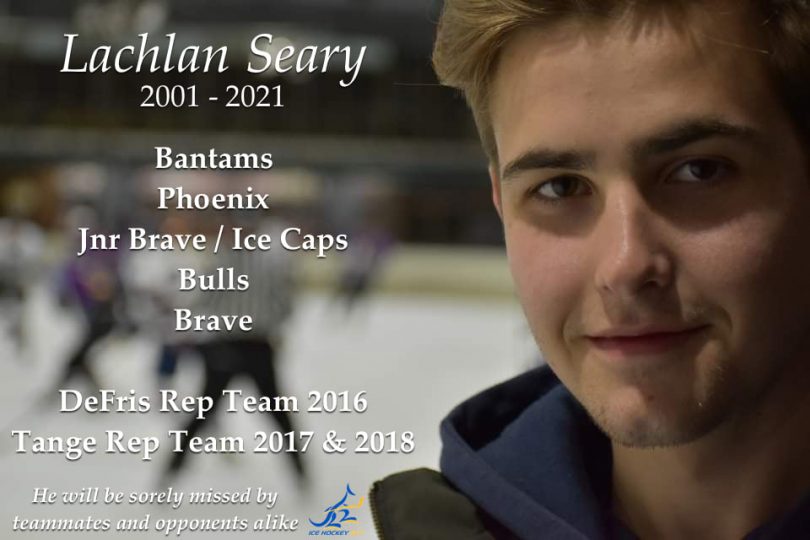 The legal team for the driver charged over a crash that killed ice hockey star Lachlan Seary has made representations that will be discussed with the young CBR Brave player’s family.

ACT Policing alleges Peter James Loeschnauer, 29, was in a car seen reaching speeds of at least 160 km/h on the Monaro Highway moments before the crash at about 1:00 am on 8 March 2021.

They allege he was driving a Honda Civic that collided with the rear of a Toyota Corolla driven by 19-year-old Mr Seary near Hume.

Mr Loeschnauer was not injured in the crash. He was allegedly almost four times over the legal driving limit with a blood alcohol level of 0.186 and had MDMA in his system.

He was charged with manslaughter, dangerous driving, as well as drink and drug driving.

The third time his case appeared in the ACT Magistrates Court was on Thursday (16 September), but he has not yet appeared in court in person. As he was issued his charges via summons, he is not on bail.

His lawyer, Tom Taylor of Hugo Law Group, said representations had been made to the prosecution.

Magistrate Beth Campbell asked if he was hoping to resolve the matters, and he replied that he was.

Prosecutor Patrick Dixon said the representations had been forwarded to the crash investigation team and informant, who needed time to consider them and discuss them with Mr Seary’s family.