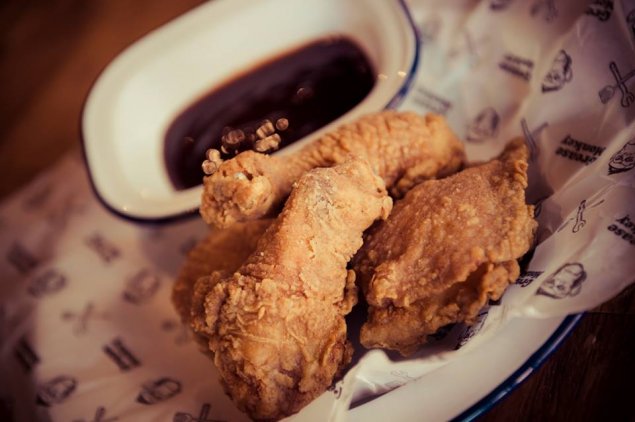 There is a time and place for quinoa, cold-pressed juices served in glass jars and so-called ‘bliss balls’ with ingredients like maca powder and activated almonds. Your first visit to Grease Monkey is not one of them.

Located on the corner of Lonsdale and Elouera Streets on a lot that used to be a mechanic’s workshop, Grease Monkey is an old-style American burger joint serving up burgers, fried chicken, milkshakes and house-made jam doughnuts. It’s the latest eatery to be opened by Canberra restaurant legend Socrates Kochinos.

I’d heard that Socrates had spent months perfecting his burger recipes, so when I stopped by for an early lunch just after Grease Monkey opened for service last Friday, I had high expectations – and a rumbling stomach.

As soon as I walked through the doors a waitress greeted me, told me to take a seat where I liked and instructed me to place my order at the bar when I was ready. The place was already buzzing when I arrived, and it only got busier during my visit (it turns out there are a lot of Canberrans who love burgers as much as I do). 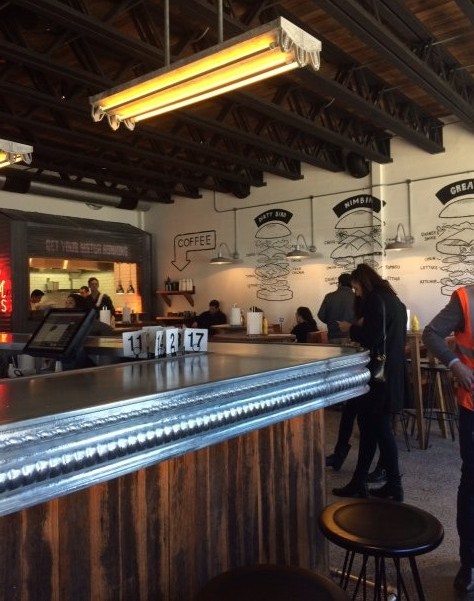 Like many of the newer developments on Lonsdale Street, Grease Monkey pays tribute to its industrial heritage both in the fit out (it has kept the mechanic’s original roller doors, for example) and the menu (its burger names include the pit stop, the full service, the jump start and the automatic). There’s a 12-metre bar along one side of the restaurant, and a large outdoor dining area out back.

Grease Monkey’s menu is pretty low fuss. There are two breakfast options, six burger options (including one vegetarian), one type of side (fried chicken) and two desserts. All burgers also come with a generous serving of chips, so there’s very little risk of going hungry.

I chose the greasy burger (beef patty, lettuce, cheese, onion, pickles, mustard, GM ketchup and Greasy’s sauce – which is a kind of mayonnaise), for $15. I ordered at the bar and took a seat on a stool at a bench overlooking Lonsdale Street. It was quite a nice place to sit and watch passersby, particularly on a sunny morning.

My meal arrived in about ten minutes, which is pretty fast for a restaurant that had opened its doors for the first time an hour earlier. It was good, unpretentious food at its best: a burger and chips on a piece of butchers paper, served alongside a bottle of ketchup and a roll of paper towel. Bliss.

After a few seconds wondering how I managed to be a vegetarian for several years, I dug in, ignoring the sauce dripping onto my chin, on my clothes and all over my fingers until I’d finished. The best parts of this burger were the patty, which tasted like real meat and was a decent size; the mayonnaise sauce; and the soft, almost brioche-like bun. As I prefer caramelised/almost burnt onions over raw or lightly cooked, next time I’d probably order my burger without onions, but the experience was altogether very pleasant.

While I’ve only tried one kind of Grease Monkey burger, I’ve heard positive things about the fried chicken and other burgers from friends and family who have visited since. The milkshakes have received mixed reviews, but in general the service and wait times have both been reasonable.

You can find Grease Monkey at 19 Lonsdale Street in Braddon. It is open from 11am every day.

Good venue. Good service. Good burger. The most amusing thing for me was that i had parted with $17 per person for a burger identical to that available in any take away joint through out suburbia and country NSW for $8. Marketing genius

If you like your burgers you ought to try the Watson Take-away.
Great fish too. Great salads too. Happy staff too.
I’m in Weston Creek and I’ll travel -occasionally- that far because they’re so good.

Greasy burgers? No thanks, I’ll stick to Brodburger.

Ha, I was at Gas Monkey Grill last October, maybe I should compare the two…

this will be great as long as they don’t close early on Sundays. I will definately try their fried chicken.

Interested to try this place. Although I think it’s funny – I read elsewhere people celebrating the fact that this is NOT hipster food, i.e. they don’t serve kale, quinoa etc. No, no, no – this IS hipster food! Hipster food is street food and it’s what has been happening in Braddon for some time now. It is burgers, fries, fried chicken, schnitzels, meat on a spit, salted caramel cronuts etc.

McDonalds and KFC have been demonised my whole life – but now people want to celebrate that we have much more elaborate gourmet versions of the same thing!

Natalie Osburne - 2 minutes ago
Chele Forest do your research, it nearly wiped out the quoll population in WA View
Monica Muschialli - 5 hours ago
Simon Lanham ok thanks good to know View
Christopher Mawbey - 5 hours ago
Control your own livestock inside your own boundary. View
News 4

Rebecca Vassarotti - 5 hours ago
Emma Davidson Yep, definitely different. My fav Termo memory, was the afterparty from a Violet Femmes concert and for Gypsy (... View
Property 6

From Monkey King to Zombie: Chinese-Inspired Cocktails at Momoda

Canberra is now home to a Burger High Tea!

@The_RiotACT @The_RiotACT
Canberra property developers say that construction is a vital engine for the ACT economy and must keep rolling. They told Region Media that rates and land tax relief would make a significant difference at a time when sales enquiries have evaporated https://t.co/MmdApxpqnB (24 minutes ago)