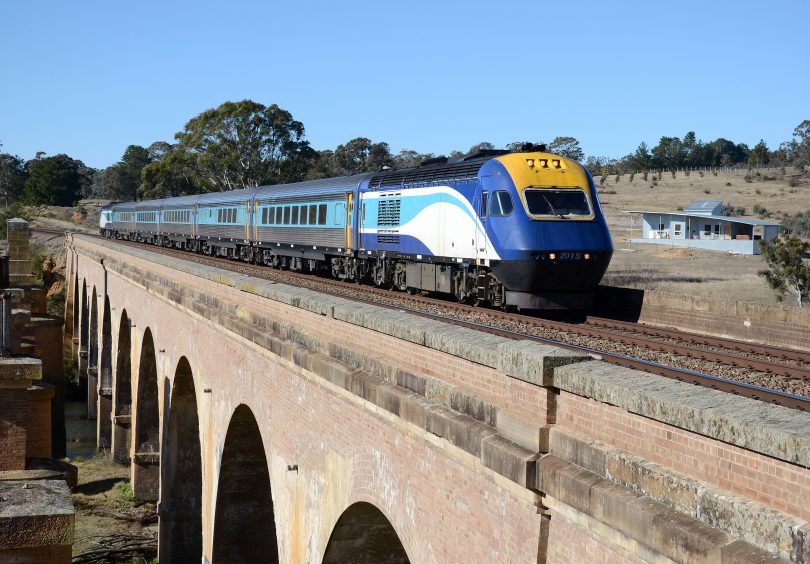 The riverside village of Towrang, northeast of Goulburn, will lose its defining isolation with the construction of a new bridge.

A gateway to a growing district of tree-changers from Sydney, the Southern Highlands and Canberra, newcomers to the district built weekenders and permanent homes, and learned from resourceful locals how to cope with regular flooding which turns the Wollondilly River and Tarlo River into froth-topped torrents.

Some residents like the two or three days of isolation when the bridge and causeways disappear under swift floodwater. But people who commute to work will be relieved to have a new $4 million two-lane bridge – 4.5 metres higher than the existing one – due for completion in June 2022.

Towrang resident Mark Collins remembers escaping flood-induced isolation in the 1980s by walking over the railway viaduct onto Carrick Road where often a second car was left for work.

“Fear gripped you when halfway across the viaduct, and with water raging below, you were never too sure if the sound was the floodwater or an approaching train,” he says.

“But residents were lucky because the train crew often changed at Goulburn and drivers were aware of the flood and sounded their whistles repeatedly as they approached the viaduct in case someone was on the bridge.”

Mark says many years ago, when the Towrang area provided wool, meat, vegetables, slate and bricks for Goulburn and Sydney markets, trains over the railway viaduct were the primary transport, even for children attending secondary schooling.

“With increasing use of cars and the closure of Towrang Railway Station, locals became more dependent on the river causeways to get their produce to markets,” he says.

Before Wollondilly River was cleared of willows, floods took a few days more to recede below the bridge and causeways, leaving long ribbons of weeds and debris weighing down stock fences.

However, floods rarely worried the the local Mills, Jones, Apps and Studdert families. 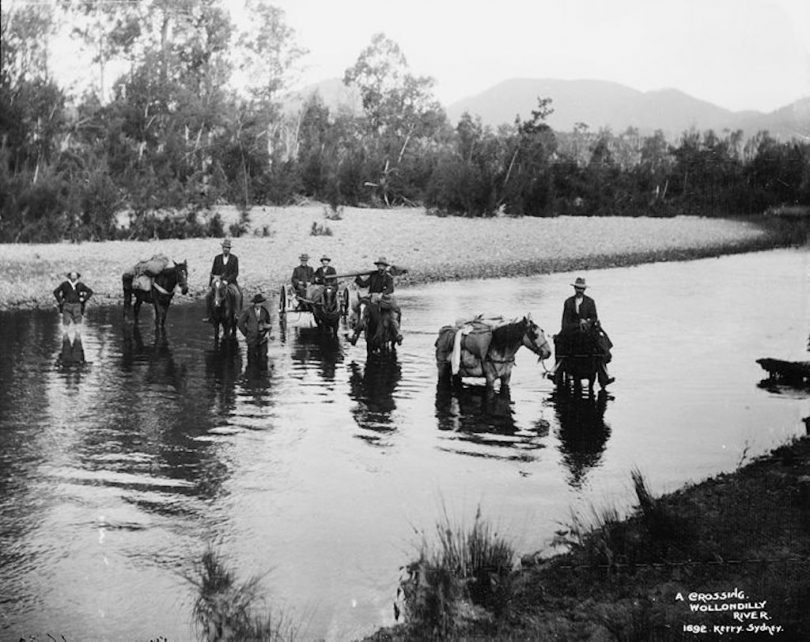 Mark remembers a saying from the 1980s that so few cars were about you could lie down on the road and have a sleep.

“Everyone knew who was driving past,” he says. “But not now. Before and after work, streams of cars travel along Towrang Road.”

The railway viaduct crosses the property of Towrang Valley Progress Association president Allen Goulder, who moved from Berrima about nine years ago. He welcomes the upgraded bridge and says the progress association’s priority now is a new car park worth $37,000 for the town’s hall, and upgrading its park.

Goulburn real estate agent Graeme Welsh says more homes are appearing on small acreage across the district. He says in the old days you could drive for miles and not see a home. These days, towards Big Hill settlement, it seems a home can be seen over every hill you pass.

“The new bridge will give people some confidence,” he says. “It is one of life’s necessities.” 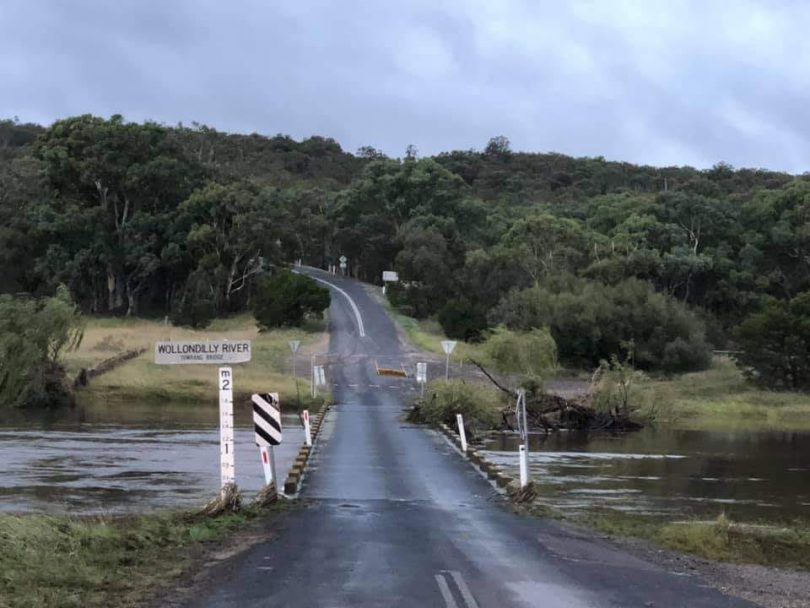 The district’s residents will welcome improved access for medical emergencies. Alan says the NSW State Emergency Service had previously used a boat during floods to ferry medication across the swollen river.

Mark says medical safety has always been an issue. Years ago, when the former Mulwaree Shire Council managed fire trails, a four-wheel-drive ambulance from Goulburn travelled to Towrang over the Cookbundoon Range when responding to a medical emergency during a flood. Unfortunately, the elderly resident died.

But councils are no longer responsible for the fire trails, which have deteriorated.

Alan says Facebook and an email network keep residents informed of readings indicating the rising Wollondilly River. From those readings, upstream at Murrays Flat, they can predict with a fair degree of accuracy when the low-level bridge at Towrang will go underwater, to within a few hours.

“We have a relatively excellent email network,” he says. “We send out to about 140 recipients that the river is coming up and access is likely to close soon. This gives people time to shop and prepare for a couple of days’ ‘holidays’.”

Danny Murphy - 13 minutes ago
Just don’t speed! View
Acton - 2 hours ago
The idea of differing fines for the same traffic offence is just as stupid as introducing differing prison sentences for thos... View
Patrick Fischer-Reid - 4 hours ago
Steven Miller If the crime is the same, surely the penalty should be designed to have the same impact and the same deterrent... View
News 24

phydeaux - 29 minutes ago
Quite so. To put some rough numbers on it, 2017 was a peak flu season in which near 1200 people died, but the 4-year average... View
chewy14 - 1 hour ago
Can't remember when anyone said anything about compulsory flu booster shots? We are talking about Corona Virus, which is sign... View
Acton - 2 hours ago
The chief executive of Pfizer has said that it is likely people will need a Covid jab every year going forward. “Both wanin... View
Community 1

Peter Graves - 35 minutes ago
Thanks for such a well-deserved tribute to Alan Foskett. Canberra has indeed lost a treasure. He was very keen to record a ra... View
Opinion 3

John Giacon - 51 minutes ago
Big trees too near houses can be a problem - the tree or branches falling, and they make gardens impractical in many areas be... View
candlelit - 2 hours ago
I agree but (a) we need to think more about the kinds of eucalypts we plant (and having lost power for four days earlier this... View
Acton - 2 hours ago
Nonsense. The author negligently fails to acknowledge that gum trees are more prone to catching alight because of their oil c... View
News 4

Tom Worthington - 54 minutes ago
In 2020 HE faced a crisis, but this was not unexpected. Some universities, particularly those in Singapore, had prepared for... View
Food & Wine 4