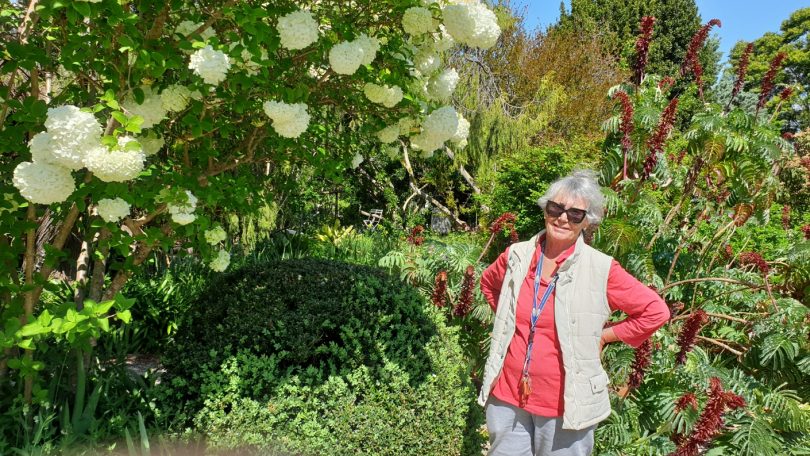 Born in Devon, UK, and raised in Canberra since she was seven years old, Ros Loftus now lives in Goulburn and is passionate about her latest challenge to revive Riversdale. The enduring garden at the 1830s riverside homestead is starting afresh after weathering another setback.

COVID-19 fears triggered Riversdale’s latest hurdle. Thirty volunteers working in the garden that surrounds the colonial Georgian home suddenly dwindled to 10 this year. Most of them are retirees who are more vulnerable and wary of the virus, and efforts are underway to coax them back.

Ros says in a previous setback, during drought in the early 2000s, Riversdale had been leased for a fishing lodge which failed, leaving the garden to languish. Gardening legends Ken May and his wife, Betty Jane May, visited to take cuttings, which they kept alive in their garden.

After the drought, volunteers returned to the Mays’ garden for cuttings.

We Love Goulburn, a group which gardens at old properties, arrived at Riversdale. Ros Loftus was among them. Eventually the group moved on, but Ros remained, continuing key roles of administration and volunteering.

The reduced team of volunteers and the property’s custodian, the National Trust of Australia, reopened Riversdale on Saturday, 24 October, after much hard work preparing for visitors.

“It’s a moveable feast,” says Ros. “People move, they do other things, they die, particularly when the volunteer base gets older.

“We are desperate for a younger cohort, but the people we have are wonderful. Lyn Witenden is another volunteer – she and I are the terrible twins in the garden.

“No one has gardened for six months. We provided the good groundwork, and it has rained – the place is blooming. It hasn’t been cut back and trimmed so it’s wild and absolutely wonderful.” 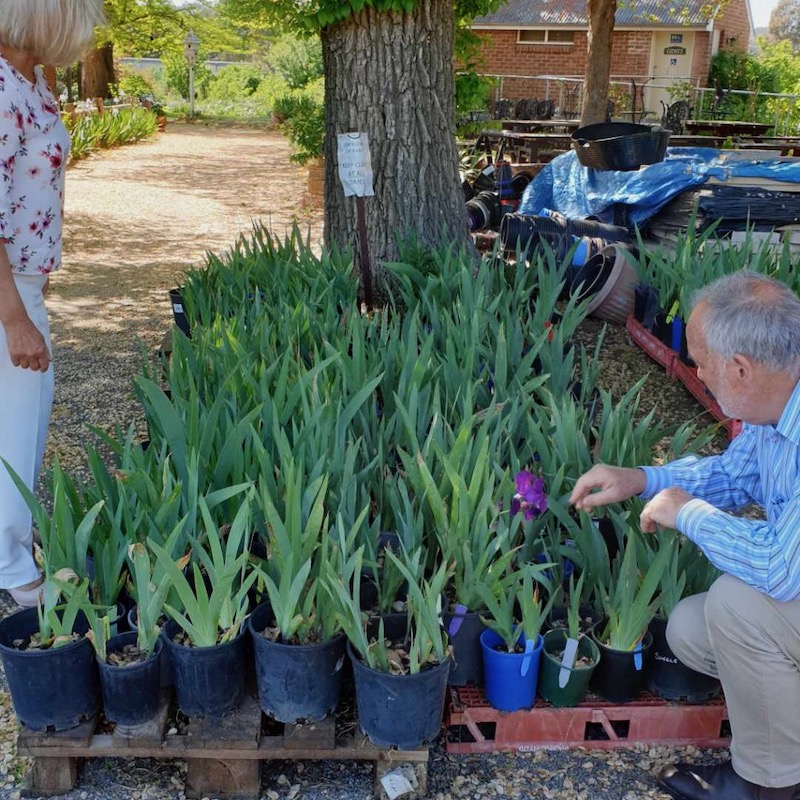 Volunteers preparing plants for sale at Riversdale. Previous plant sales have raised about $10,000, and the money goes towards meeting the homestead’s annual maintenance costs of $50,000 to $70,000. Photo: Supplied.

A huge Irish yew conifer stands near the stables.

“Irishman Matthew Healey, who was the pound keeper, built the stables and racecourse – they had races here on a Saturday afternoon,” says Ros. “He finished the stables in about 1830. We think he planted a Gleditsia honey locus right beside it. The woman who built the inn planted a medlar tree in about 1840. They’re all still standing.”

“Volunteer Marie Kennedy has taken over the cooking,” says Ros. “It’s amazing, we have always had someone to take over making the jams.”

People retiring to Goulburn who are looking to meet friends and establish their own gardens volunteer at Riversdale to discover what grows well in the slightly alkaline soil, and to fulfil another ambition.

“People flock to Goulburn for their fill of colonial history,” says Ros.

“Twelve years later and we are still digging out the bloody vinca,” she says. “There’s the most amazing wisteria, old fruit trees, and an apple tree still stands from an 1870s orchard. We’ve had experts here who cannot identify the species.

“We have a wonderful old gum tree, not a canoe tree, but it was probably here when this was a meeting place for Aboriginal people. So the garden tells the story of the property.

“People who are passionate about gardens love it here because it is big enough to allow us back to garden – you can work while isolated from COVID-19. You can also get lost in the garden; it is the most wonderful therapy.”

Ros formerly worked for radio stations 2CC and ABC in Canberra, then turned her hand to the antiques business.

“That’s the reason I came to Goulburn,” she says. “The fabric of the place is just so full of history.”

Of all the awards the garden at Riversdale has won in recent years, the Betty Jane May Memorial Prize, which it has won twice, is the most special to Ros. 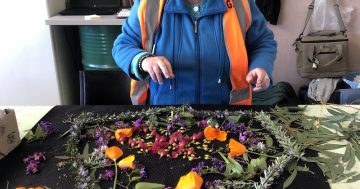