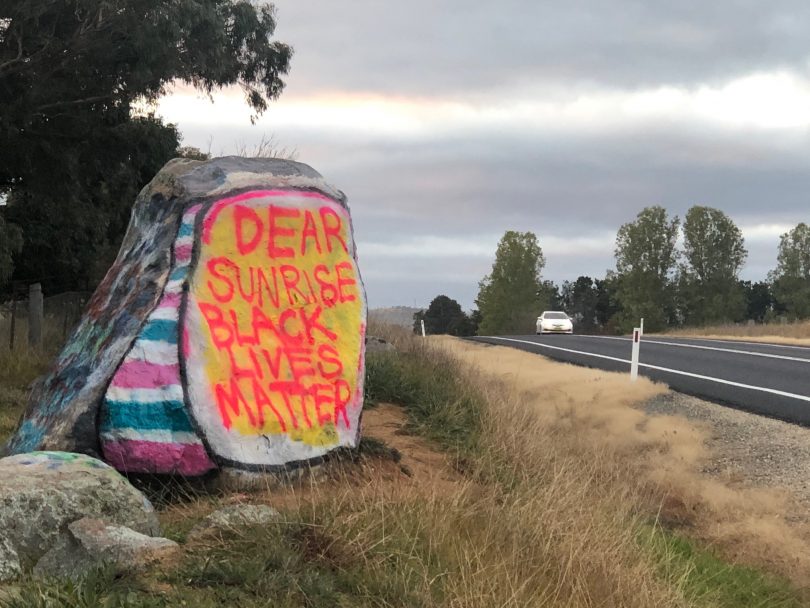 The “birthday rock” on the Kings Highway, near Braidwood, with a message for Seven Network’s Sunrise program. Photo: John Stahel.

Travellers on Kings Highway will be familiar with Braidwood’s “birthday rock”, which has heralded birthdays, rights of passage and events for decades.

But a social media firestorm has erupted across the community after locals used the well-known landmark to protest when the Seven Network’s weatherman Sam Mac broadcast live from town in late June.

Sunrise was recently accused of racism in its discussions on Indigenous adoption. Amidst worldwide protests, local activists used the broadcast opportunity to bring the issue home to Braidwood. The rock was painted with the words “Dear Sunrise, Black Lives Matter”. Banners and Aboriginal flags were also hung from prominent Braidwood buildings. 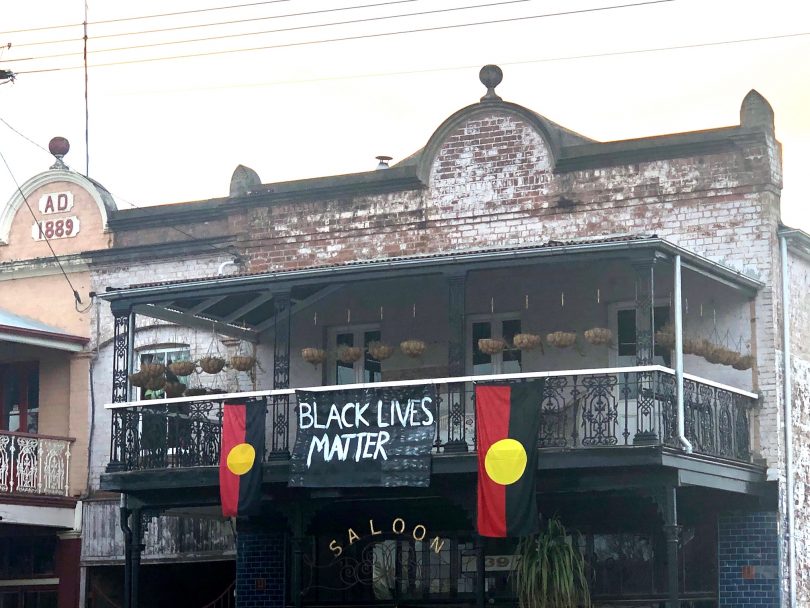 “Braidwood has suffered this year. The bushfires left a deep scar on our landscape and our economy. This morning @sunriseon7 filmed their weather segment in Braidwood which gave visibility to our town’s tourist attractions.

“But at what cost? Aligning ourselves with a television program which has been openly racist does nothing but shame us. Our businesses are struggling, but that struggle is eclipsed by the injustices faced by BIPOC [black, indigenous and people of colour] here and around the world. Our town does not have to sacrifice human rights to make a buck,” said the post. 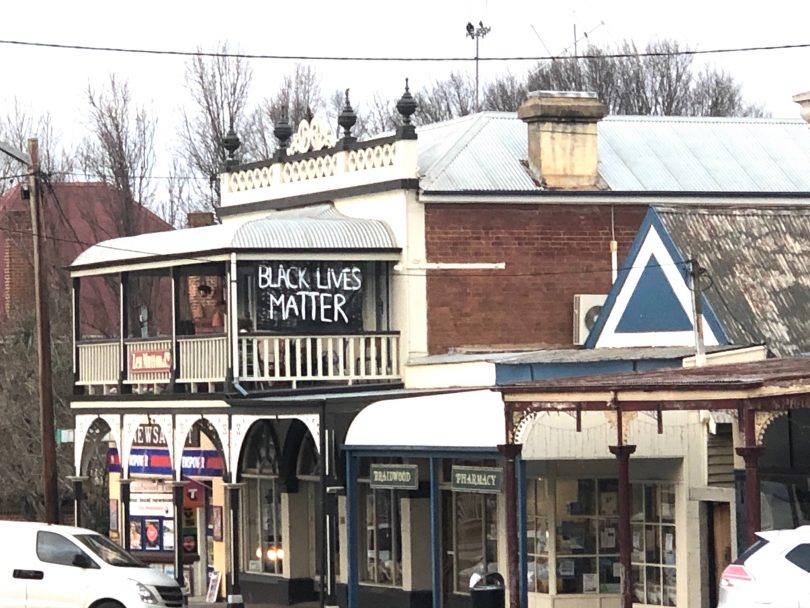 Within hours, Facebook was bulging with acrimonious debate about the issue. Many posts said “All Lives Matter”, a statement viewed as offensive to the Black Lives Matter movement. Others thought the protest was a bad look for attracting tourists to the historic township. By that same afternoon, the rock had been painted over, ironically in black paint. 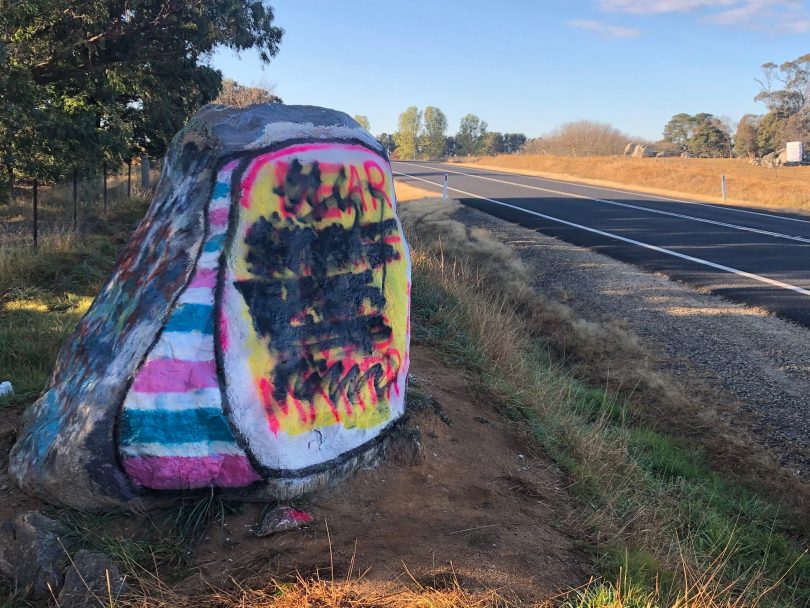 “The Saloon shop hung one of the [Black Lives Matter] banners and also chose to hang Aboriginal flags, which was great because they are one of the businesses that have been affected by the fires and COVID-19, and theoretically could have been helped by Sunrise advertorial [sic] but chose instead to back human rights over economics,” said Ms Hall.

Braidwood resident John Stahel said, “Unconscious bias is real in Australia. Some of us admit it and try to be better. Others deny it. The incident at the birthday rock hopefully prompts informed discussion, further thought and reflection so we all get better.”

Braidwood is home of the biennial Two Fires Festival. The name honours the spirit of poet and former Braidwood resident Judith Wright, whose passions were art and environmental and Indigenous activism.