Roger Tall: A philanthropic giant in the Canberra community 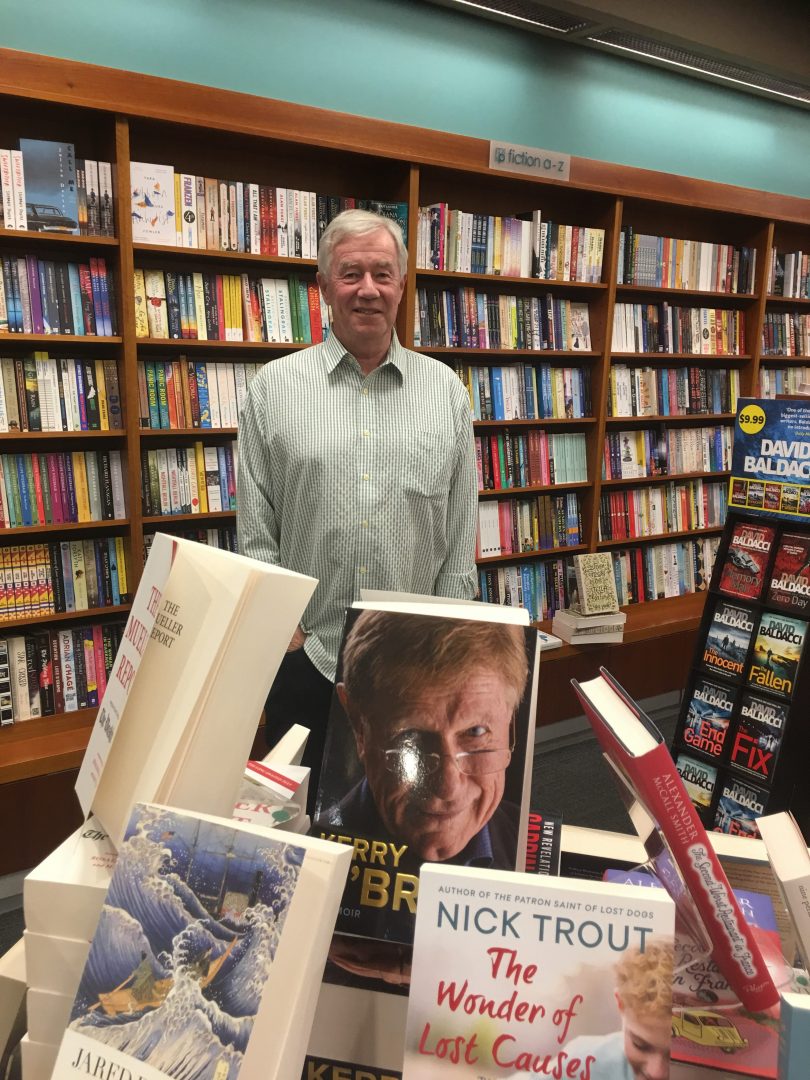 Roger Tall in the Paperchain Bookshop; a bookshop he established with his wife, Maxeme, in Manuka. Photo: Supplied.

Roger Tall well remembers the catalyst which started him on the road to help others within the Canberra community.

It was 25 years ago and Roger, a pharmacist, had become friends with a customer at his Wanniassa pharmacy whose son had severe cerebral palsy and who attended the Malkara Special School. He observed the love between parent and child and the commitment of a parent to see a child have all that life can offer. Roger felt inspired by this and decided that he could help by supporting Malkara.

Roger was in a good position to lend a hand. Along with business partner, Gary Cairns, Roger owned and operated the Capital Chemist Group which over the years has grown from two local pharmacies to now forty-two, some in Canberra and others in country NSW and elsewhere.

Donations to Malkara evolved over the years into the Capital Chemist Community programme and today contributes up to $400,000 a year to the community, focusing primarily on health, education, junior sport and select Canberra cultural activities. “Giving becomes a habit, an immensely satisfying habit, more than many people realise. I don’t really understand the mindless accumulation of wealth unless you intend to do something with it to help others,” said Roger.

Roger moved to Canberra from Tasmania in the early 1970s, encouraged by the person who was to become his wife. Maxeme had already relocated to Canberra after graduating in economics, gaining a job with Treasury. Roger had also recently graduated with science and pharmacy degrees in Tasmania, but Maxeme had found him a job in a Civic pharmacy and so procrastination to relocate to Canberra himself was now out of the question!

After settling into life in Canberra for a year or so, they decided to embark on what became an unforgettable two years overseas, spending most of the time living in a tent. This effectively fuelled a lifelong passion that Roger and Maxeme share for travel.

Upon returning to Canberra, Roger worked as a locum, but an opportunity came along to open his own pharmacy. This opportunity was to be the genesis of the Capital Pharmacy Group and the rest, as they say, is a matter of history.

Roger stresses Capital Chemist is not a franchise, but more a multiple partnership with young pharmacists mentored in the business, before eventually owning their own pharmacy within the group.

The act of giving is very much part of the mentoring process, and drives the ethos of the organisation overall; “Rather than spending a lot of money on advertising we decided it was far better spent on community programs,” says Roger, “very much a win-win situation for all parties”.

“I like to think that this community spirit will be my legacy and hopefully will be picked up by the coming generations of young pharmacists.”

Not that he is slowing down. At 70 years of age, he is more active than ever with mentoring, the community programs, travel and a bookshop.

Yes, there is also a bookshop, and Paperchain is no ordinary bookshop. After Maxeme had graduated in fine arts and completed a project at the ANU translating Greek Byzantine documents, they bought a small bookshop, not so much for financial gain but more for a desire to give Canberra a bookstore it could be proud of. The Paperchain bookshop in Manuka is now recognised as one of the best independent bookshops in Australia stocking high-quality books and offering knowledgeable service.

When he is not hiking through Mongolia or traversing the Silk Road, trekking to Everest Base Camp, walking the Camino, slogging over the Kokoda track or sea kayaking in remote parts of the world, Roger can be found (only sometimes) in the bookstore or formulating new plans to help others He even took time off to complete an arts degree at the ANU majoring in archaeology and biological anthropology ending up with first class honours and the University Medal.

He is particularly passionate about the power of education to transform lives. The Capital Chemist Community Programme provides three scholarships to all Canberra colleges; one for academic excellence, one for community involvement, and one for students with special needs.

Through Paperchain, Roger also sponsors the Chief Minister’s Reading Challenge, Year 10 excellence awards, and school writing competitions and workshops. More recently Roger and Maxeme’s Tall Foundation has initiated an honours scholarship programme across a number of disciplines at both the ANU and University of Tasmania.

Roger was reluctant to speak about what he and his group contribute to the community. He agreed to talk though, in the hope that it will encourage others to follow suit; “People can see what other people are doing and realise there is no reason why they can’t give back as well.” It is a sentiment presented with the depth of having been one of Canberra’s philanthropic leaders for many years.

A wonderful generous gentleman and leader in our community. Thanks Roger

Thank you Roger your leadership and contribution strengthens our community.

Good man, successful and happy to give back.

Roger thank you for all that you have done to keep hearts beating in Canberra!

Great Roger Tall we need to acknowledge you commitment to our region.

Awesome Roger! You guys a amazing Melita ✨ I miss our working together.

Bron Bitmead me too xo

That is awesome. Helping people rather than being consumed by making profit. 👏👏👏