Here in the ACT, we salute the 20 Canberra athletes at the Gold Coast 2018 Commonwealth Games, competing in cycling, relay, hockey, swimming and other elite sports.

We also need to salute the Royal Australian Mint, one of the capital’s major cultural institutions, for working diligently over 15 months creating the 1,500 gold, silver and bronze medals being handed out at the Games in front of millions of viewers around the world.

It’s emotional to see winning Aussie champions standing proud on the podium with these gorgeous medals hanging around their necks. Each is created and individually hand inspected by a team of expert designers, engineers, engravers, Die technicians, machinists and production experts to ensure they are faultless. For the winning athletes, they’re priceless medals to be treasured forever.

So how did the medals get designed and produced?

The artwork for the 2018 medals was designed by artist Delvene Cockatoo-Collins, a local Nunukul, Ngugi and Goenpul woman of Quandamooka Country, who lives and works on North Stradbroke Island.

Delvene’s art reflects the beautiful coastlines of the Gold Coast region and the significance of the coast as a place of gathering, meeting and sport. The medal design for the Gold Coast Commonwealth Games symbolises the sand lines that shift in wave and tides, with the continual change representing the evolution of the athletes and symbolising athletic achievement.

Delvene’s designs were brought to life by the Royal Australian Mint with the tried and true time-consuming and meticulous production process used to make our coins.

On a computer-controlled engraving machine, the Mint carefully cut Delvene’s design into a reduction punch made of tool steel, a high-precision process that can take up to 63 hours. The punch is then used to create a metallic die, which the Mint uses to strike blanks on its largest coin press, turning metal into medals. 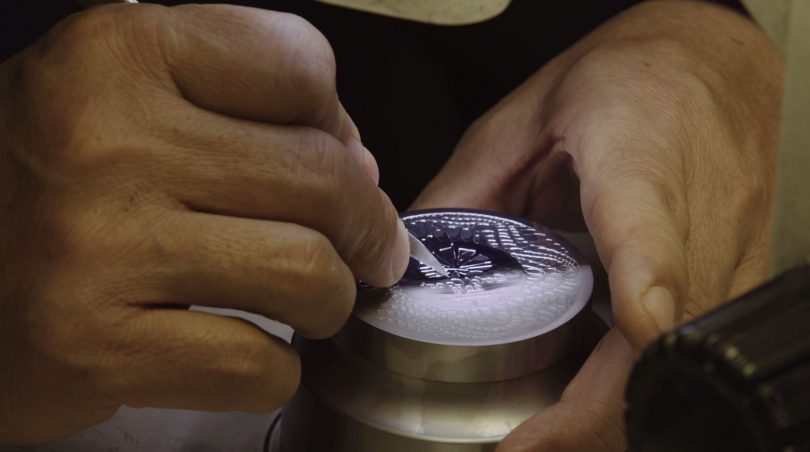 Gold and silver medals are struck four times, twice at 280 tonnes and twice at 260 tonnes. The bronze medals are struck four times at 460 tonnes. They’re then individually inspected once more to ensure they’re perfect. It’s an understatement to say the process demands precision and attention to detail, which is why the Mint is a perfect fit for the job.

Virtually everyone at the Mint has been involved, in one way or another, in the making of the medals, including the packing team and transport team.

The medals are 63 millimetres in diameter and weigh between 138 and 163 grams. If you’re keen to see a gold, bronze and silver medal up close and personal, head to the Mint which has one of each on display in the foyer.

The Royal Australian Mint is an official supporter of the Gold Coast 2018 Commonwealth Games. As well as the official medals, the Mint has also released limited edition, non-circulation coins to celebrate the Games, ranging from $15 up to a whopping $80,000 for a one-kilogram gold proof coin, made to order only. This coin was proudly designed in-house at the Mint by Bronwyn King. 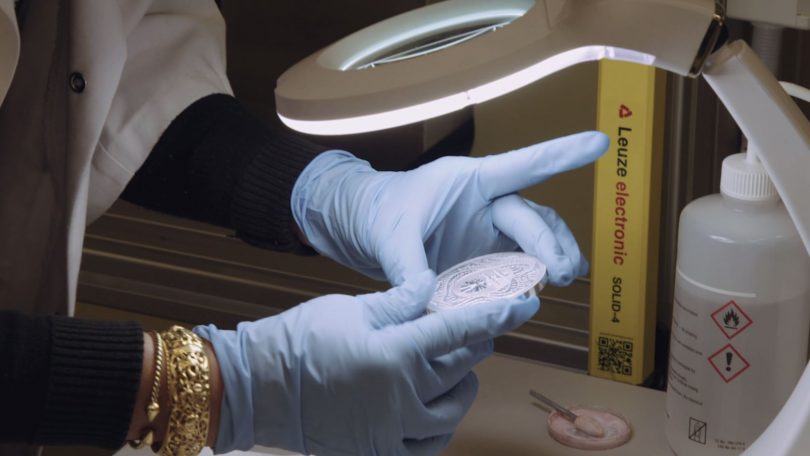 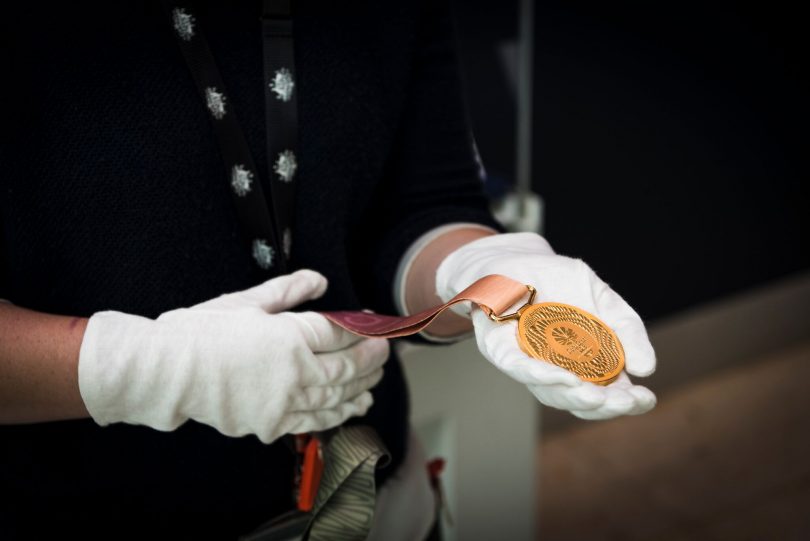 Intrigued to find out more about the process? See this video supplied by the Royal Australian Mint:

Maryjane Lalliard - 17 minutes ago
Louise Anne I will come with you - we could have a cup of tea 🫖 😊 View
Chiara Jane - 4 hours ago
Courtney keep an eye out for your neighbour! View
Katarina Vucic - 11 hours ago
Interesting 🤔 View
News 44

Ol L - 5 hours ago
While the sun shined they didn’t put $ aside for a rainy day and now there crying poor. View
Food & Wine 23