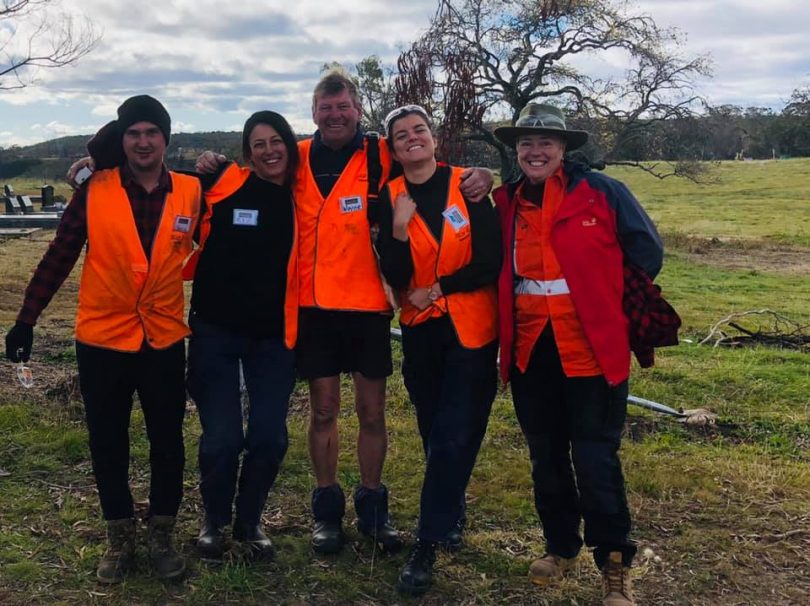 A BlazeAid team of volunteers from Braidwood. Photo: Supplied.

Kevin and Rhonda Butler are the founders of BlazeAid, an organisation that has brought together an army of volunteers to clear ground and rebuild fences following devastating bushfires in Australia.

And now their efforts have been recognised by Her Majesty Queen Elizabeth II, who awarded the couple the prestigious Commonwealth Points of Light beacon award for outstanding volunteerism.

With bases across the country and more than 1000 volunteers, BlazeAid teams can clear and rebuild around 40km of fencing a day, securing farmland and providing relief to members of Australia’s rural communities.

BlazeAid was born out of the fatal Black Saturday bushfires in 2009. Back then, local people volunteered to help and with a few dozen of the Butlers’ immediate neighbours, they rebuilt their burnt fencing in 14 days.

“The idea caught on and in the ensuing 10 years, volunteers have poured in from all over Australia and the world to physically help others impacted by our country’s yearly recurrence of fires, floods and cyclones,” says Kevin. 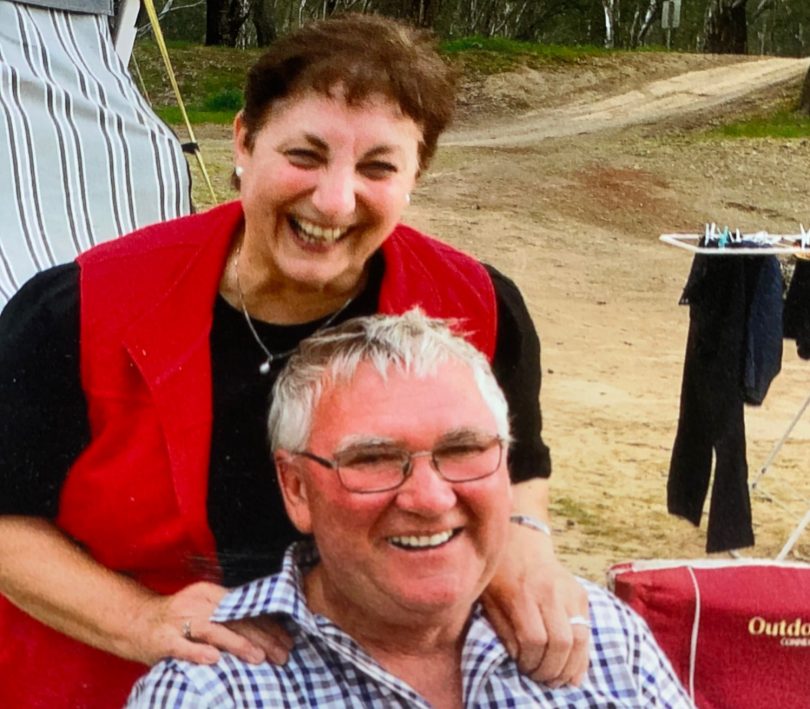 “After almost 250 natural disasters, hundreds of thousands of volunteers, farmers, donors and local communities have teamed together to rebuild 14,000km of new fencing, with 400,000 working days on 9000 devastated farms.“The value of work done by BlazeAid volunteers – who make such a difference to the lives of others who have lost almost everything they hold dear – is in the hundreds of millions of dollars.

“BlazeAid is almost totally volunteerism with just one paid bookkeeper.

“Today, BlazeAid has 26 base camps running in three states from Kangaroo Island in South Australia, throughout NSW and right up to the Queensland border following the 2019-2020 Australian megafires last summer. Volunteers have been working shoulder-to-shoulder with hundreds of farming families seven days a week, non-stop, to rebuild what fires destroyed in just minutes.

“We wake up every morning being so grateful to the thousands of BlazeAid volunteers who selflessly make a massive difference to the physical and mental health of hundreds of vulnerable country families in these devastated communities.

“We salute all BlazeAid volunteers who enrich the lives of others everyday, and it is them we humbly accept the award on behalf of – these wonderful and dedicated volunteers who have made BlazeAid a most loved and respected Australian charity.” 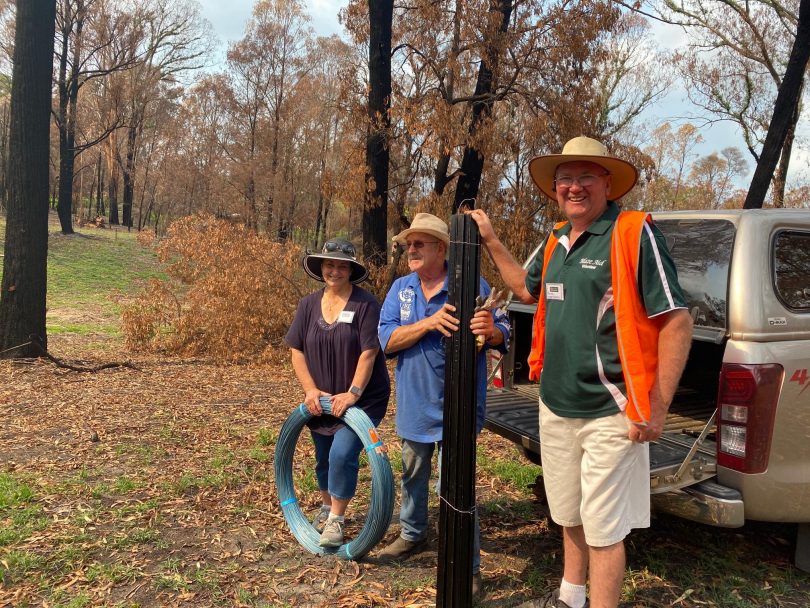 Kevin says the award will help the organisation to “continue to go forward with strength and conviction to help others to recover in times of rebuild after our natural disasters”.

Points of Light awardees are outstanding individual volunteers – people who are making a difference in their community.

The awards were first established by US President George HW Bush in 1990. More than 6000 US Points of Light have been recognised.

UK Points of Light was developed in partnership with the US program and it launched in 2014.

Queen Elizabeth II personally signed the award, which will be presented to Kevin and Rhonda in Canberra by British High Commissioner Vicki Treadell when it is safe to travel again.

“I am delighted to virtually present Kevin and Rhonda Butler with this award for their dedication and commitment to both their own community and other communities in Australia which have been impacted by natural disasters, including the recent devastating bushfires,” said Ms Treadell.

“They both demonstrate incredible commitment to BlazeAid, the volunteers they have recruited and the communities they support. They are making a significant impact on the lives of those who benefit from BlazeAid’s work.”

Our challenge was to run this fence over approx 50 meters on solid rock. The work around was to Dynabolt the U brackets to the rock & then screw them to the timber posts. How much side force will that withstand ?? ? Hmmm

(Video above: The BlazeAid challenge near Nerriga was to run this fence across 50m of solid rock.)

From its work, BlazeAid has garnered valuable insight and political clout.

“BlazeAid spearheaded the change in backpacker legislation back in February, giving second- and third-year visas to backpackers who volunteered with BlazeAid,” says Kevin. “And we can do it again, freeing up to $500 million yearly for more help to fire survivors to recover mentally and physically with their homes being reconstructed out of insurance companies’ money – not your donations.”

Kevin wants to fix “the problem of up to $500 million a year of hard-earned charity monies going towards replacing people’s uninsured homes”.

“For just [the price of] two cups of coffee a week [$9], the 20-40 per cent of rural and peri-urban home owners who currently either ‘play the odds’ or deliberately or inadvertently decide not to insure their ‘castle’ could be shielded in a compulsory home insurance net like we currently have with fire levies through our shire rates in Victoria, and TAC fee in our car registration.”

Kevin says the plan is now ‘shovel ready’ and has a level of government support.

In the meantime, he is still hard at work out on the fence lines.

“[The award] has been so well received, giving a wonderful morale boost for all BlazeAiders who continue to slog it out during a very cold and wet winter,” says Kevin.