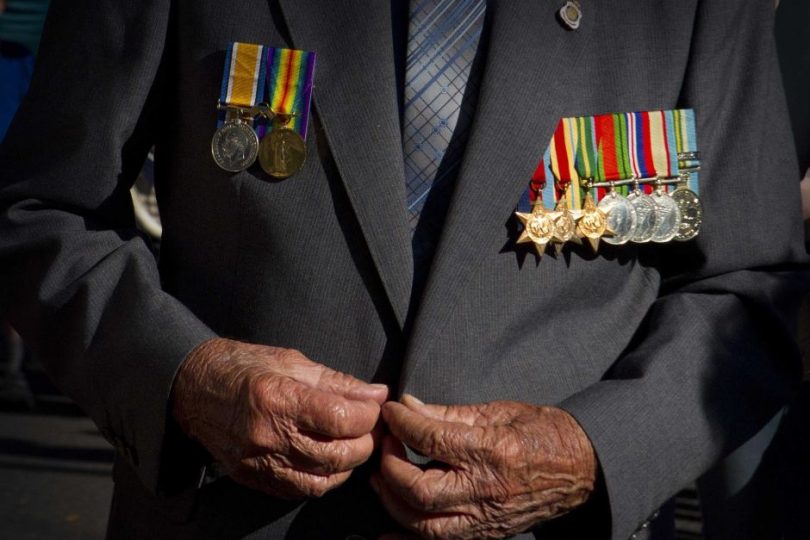 RSL members in South East NSW say they are embarrassed by the scandal that has engulfed head office and are angry their local fundraising activities on Anzac Day have been impacted.

Since then, all RSL sub-braches in New South Wales have been instructed to hand in their fundraising authorities by this Thursday.

“There will be no fundraising with Anzac Day this year unless proceeds go to the Invictus Games,” Mr Setter says.

In recent years, the Moruya RSL Sub-branch has raised about $6,000 from the sale of Anzac Day badges and about $5,000 from poppy sales. Half of those proceeds go to Sydney HQ and the other half stays with the local branch.

Merimbula RSL Sub-branch President, Allan Browning says his members feel tainted by the corruption uncovered at RSL NSW. He doesn’t believe members or local residents will be interested in supporting the Invictus Games. 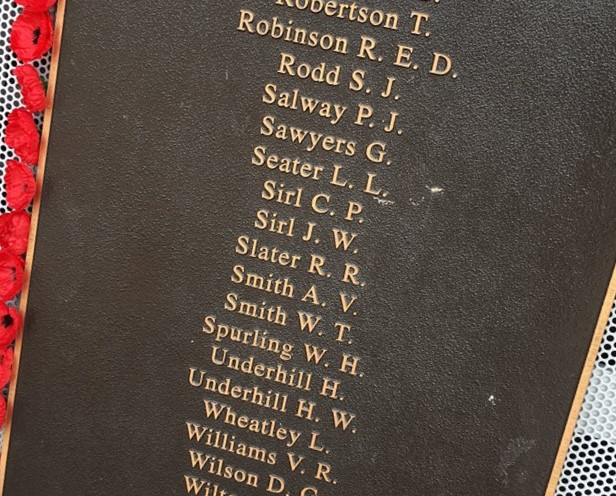 Lest We Forget, some of the names that appear on the Bega War Memorial. Photo: Ian Campbell.

“People want their money to stay local, this is going to create all sorts of problems for us,” Mr Browning says.

“We don’t have anything to do with Sydney, this has been very embarrassing.”

Snowy Mountains RSL Sub-branch covers Jindabyne, Berridale, Dalgety, and stops in between. Member Jimmy Crocker says he is hoping the issue might be resolved before April 25.

“We are a very small cog, but this money helps cover the cost of the various remembrance services we hold each year,” Mr Crocker says.

“We also give a lot of assistance to diggers in need, a lot of emotional support, whatever they need.”

NSW RSL says there will be fundraising merchandise for sale on Anzac Day and that communities across NSW will be invited to support the veterans community in a different way this year.

“Whilst we fix our fundraising systems, we are negotiating an interim arrangement for our 40,000 volunteer members this Anzac Day,” NSW RSL President, James Brown said in February.

“RSL NSW will fundraise for the Invictus Games Sydney 2018.

“This inspiring event, created by His Royal Highness Prince Harry, will bring wounded warriors from 18 nations to Sydney in October to compete against each other, and show to the world they remain unconquered by their war wounds,” Mr Brown said. 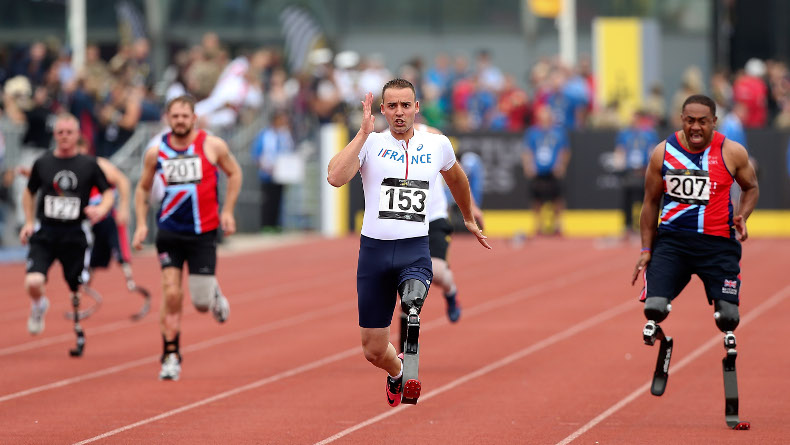 Robert Phillipe of France in action during the men’s 100m Ambulant IT2 at Day One of the Invictus Games at Lee Valley Athletics Stadium in London, England. Photo: Ben Hoskins/Getty Images for Invictus Games.

The fundraising problems Mr Brown points to relate to the Bergin Inquiry instigated by the NSW Minister for Innovation and Better Regulation, Matthew Kean.

Patrica Bergin SC was asked to investigate concerns that NSW RSL and it’s governing body and officers had breached the Charitable Funds Act.

During the course of the inquiry, it was revealed that former RSL NSW President, Don Rowe spent $475,000 on his corporate credit card over a six-year period, including $213,000 in cash withdrawals.

The Berejiklian Government has referred the matter to the NSW Police.

As Mr Brown reported to RSL members, “[Ms Bergin] concluded that there had been “extensive non-compliance with the statutory regime for fundraising at the sub-Branch level” (p 139) as well as a failure by State HQ to comply with numerous parts of the Fundraising Act.”

“The Inquirer [Ms Bergin SC] was scathing in her assessment of certain former leaders of the league who she considered took the RSL “close to the brink of destruction”,” Mr Brown said.

She criticised State Councillors who served between 2014 and early 2017 for their ignorance of the fundraising law and their duties as directors and found that “each of them engaged in a cover-up”.”

With regard to current NSW RSL leadership, Ms Bergin SC concluded that Minister Kean, “would be satisfied that those persons are fit and proper persons.”

Only released in January, the Bergin Inquiry Report points to some serious work at NSW RSL – adding rigor, transparency, and accountability to its systems, work that won’t be ready for Anzac Day 2018. 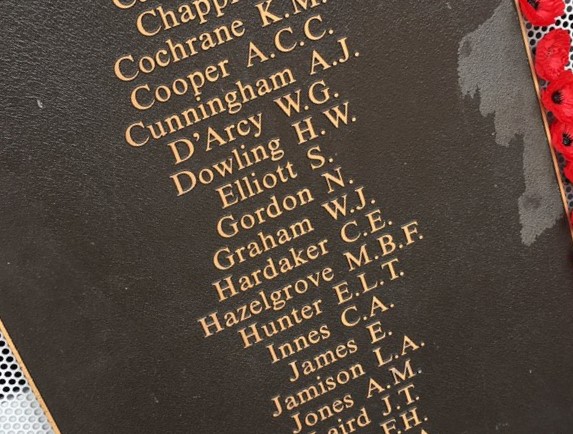 The men and women of Bega answered the call to war: Some of the names that appear on the Bega War Memorial. Photo: Ian Campbell.

Part of that work seems to involve a better business model for the state’s 353 sub-branches.

Mr Brown acknowledges that without fundraising, “nearly half our sub-branches will struggle to remain open.”

“Whilst we fix fundraising systems to be compliant with the law, we will need to change our league’s financial model to ensure that better-resourced sub-branches apply the surplus funds they hold to support smaller sub-branches.

“We will separately issue a State Council Directive outlining the new financial model for the league during 2018.

“We must make sure our smaller sub-branches, particularly those in the bush, can keep doing welfare and commemoration work in their local communities,” Mr Brown said.

RSL Sub-braches from across southern NSW will gather in Bega this weekend, and Merimbula’s Allan Browning says Anzac Day fundraising will be at the top of the agenda.

PC madness at its best.

Because that makes sense

Until the NSW RSL has been investigated and revamped, we will be stopped from supporting our local branches. There must be some way to sell poppies and circumvent the ban.

Scott Bell - 5 hours ago
Ya all Dreaming tax man rules who gonna pay for the Friday’s View
Karen Feng - 9 hours ago
4-day work week. Those that meant 3 of those days are double pay. or does it meant we are paid one day less View
Bianca Rossetti - 9 hours ago
I prefer more flexibility options rather than stating 4 days working.. nsw are looking into school hours changing, maybe this... View
News 8