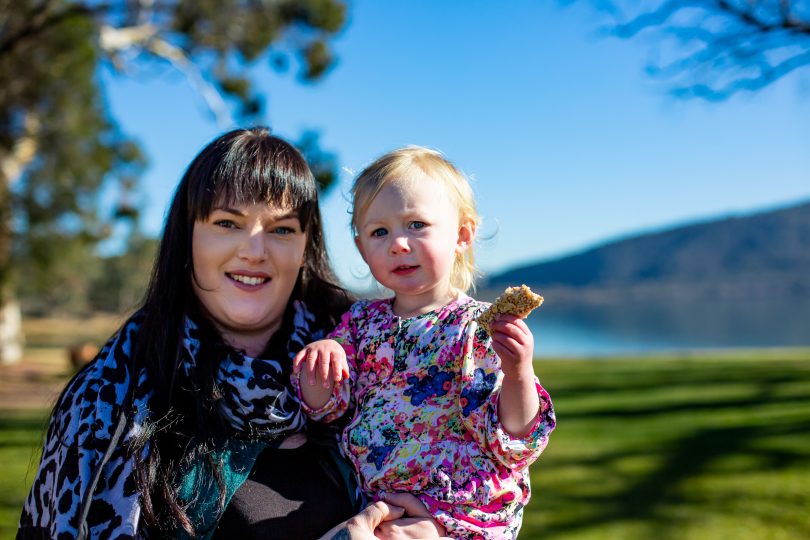 Peta and her daughter Billie live with the everyday reality of cystic fibrosis. Photo: George Tsotsos.

Canberrans have always been willing to put a big effort in for a good cause, but even so, the idea of running around the Lake mid-winter, in your Speedos, wearing a Santa hat still takes a fair bit of commitment.

So it’s pretty impressive that the eighth Santa Speedo Shuffle for cystic fibrosis this Sunday (28 July) will include 170 brave, bare souls.

The shuffle was founded by Canberrans Heidi and Andy Prowse with just six participants.

“I think they did a pub run to the Kingo the first time,” laughs Claire Leonard, CEO of Cystic Fibrosis ACT.

“Each year has gotten bigger and better, and this time we’ll have 170 people running around the Lake circuit.”

Claire says that there’s also been a major change in participants: initially, it was the local CF community, but in the last three years the event has attracted runners who aren’t connected personally with the disorder but just want to help.

“It’s been difficult to raise awareness because this is a disabling disease but not a disability,” Claire says.

“In the past, I think it tended to get ignored because people with CF sadly had shortened life expectancy and there was a sense that you couldn’t do anything about it. But the lifespan has now extended phenomenally, people’s health and general metabolism is much better because there’s been a boost in awareness and research.”

However, the average life expectancy for Australians born today with cystic fibrosis is still approximately 38 years and it’s the most common life-shortening genetic condition in Australia.

On average, one Australian child is born with CF every four days. There is currently no cure, although lung transplants can improve the length and quality of life for sufferers. 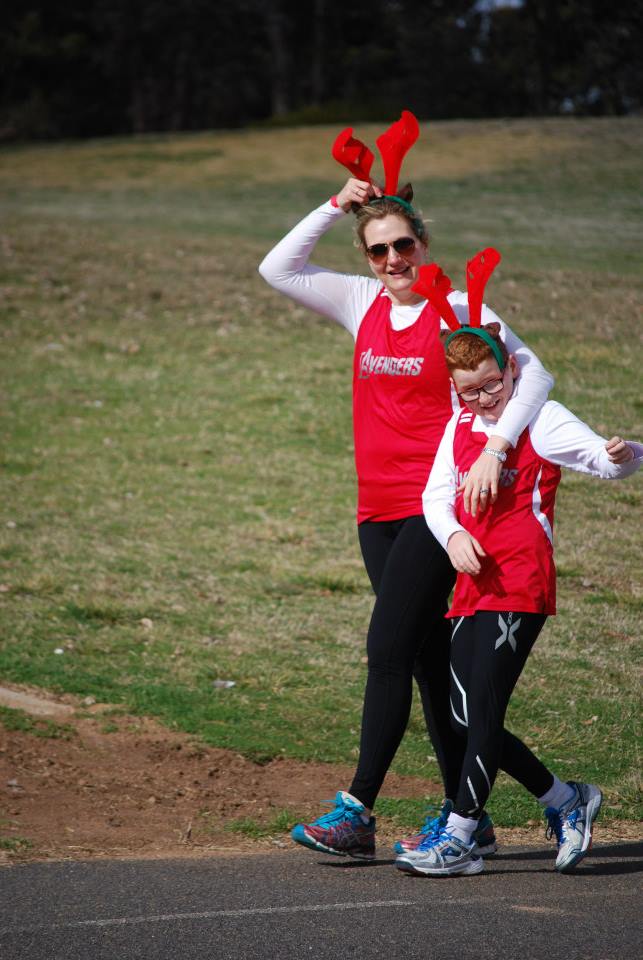 When Peta gave birth to her daughter Billie, she and her partner had no idea that anything was wrong with her baby.

“Everything was going well, but she kept losing weight. The heel prick test that every newborn has was chased up and it showed the indicators for cystic fibrosis and that was confirmed with genetic testing.”

Peta says the last few years have been a huge journey for the family, from the devastation of that diagnosis to working out how to handle Billy’s everyday needs which include accumulation of mucus in the digestive organs.

“She is relatively healthy and is growing now. That’s due to enzymes she takes to absorb all the nutrients and fats she needs, and she has daily physio to clear the mucus from her lungs,” her mum says.

“We give it the time it needs each day to keep her healthy. It is hard and there’s a lot of anxiety but we have to let her live and take it as it comes. We can’t keep her in a bubble.” 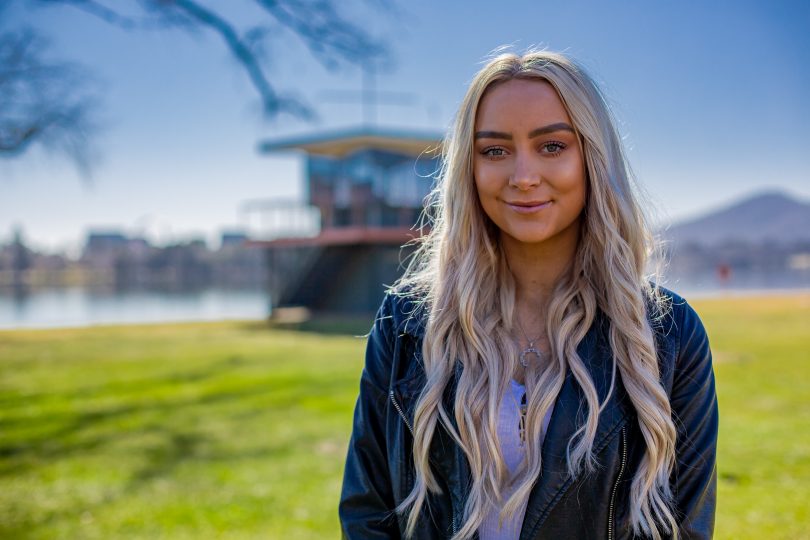 Ellie lives with the daily realities of cystic fibrosis as an adult. Photo: George Tsotsos.

Ellie knows the realities of dealing with this all too well as an adult with CF. Every day requires physio lung exercise with a saline solution misting into her lungs through a nebuliser. She uses autogenic drainage techniques to clear her lungs morning and night.

“I think the treatment obviously helps a lot but you have to have the mindset about taking care of yourself,” she says.

“I’m quite healthy at the moment and I put a lot of effort into taking care of myself. So if I pushed harder, did one or two more treatments, imagine how healthy I could be.”

The Santa Speedo Shuffle takes place on Sunday. The run starts at 11 am at the Southern Cross Yacht Club, Mariner Place Yarralumla.

kenbehrens - 18 minutes ago
A few years ago when we were visiting our son in Sydney, there were blankets and items of clothing under shelter on the stree... View
jwinston - 38 minutes ago
harcm said “tim_c – what a load of rubbish you talk. What if your schooling was completely disrupted by domestic violence... View
Acton - 57 minutes ago
The money you are giving out of misplaced guilt to a street beggar is just funding their drug, smokes and/or booze addiction.... View
News 1

ChrisinTurner - 33 minutes ago
Living in the inner north we now have to start planning to leave Canberra during SummerNats. Already the mufflers are being r... View
Community 140

Bill Gemmell - 44 minutes ago
Barbara Eglitis I was wondering how long it would take. Seriously, I had the Fowles St Park project in Weston in mind. Sugges... View
Barbara Eglitis - 50 minutes ago
Naturally occurring weeds, like the ones growing down the middle of Northbourne Avenue which looks disgusting??? View
Mark Slater - 1 hour ago
Angie Drake The simple answer is, buy more mowers or employ more staff. It's not hard. View
Public Sector 172