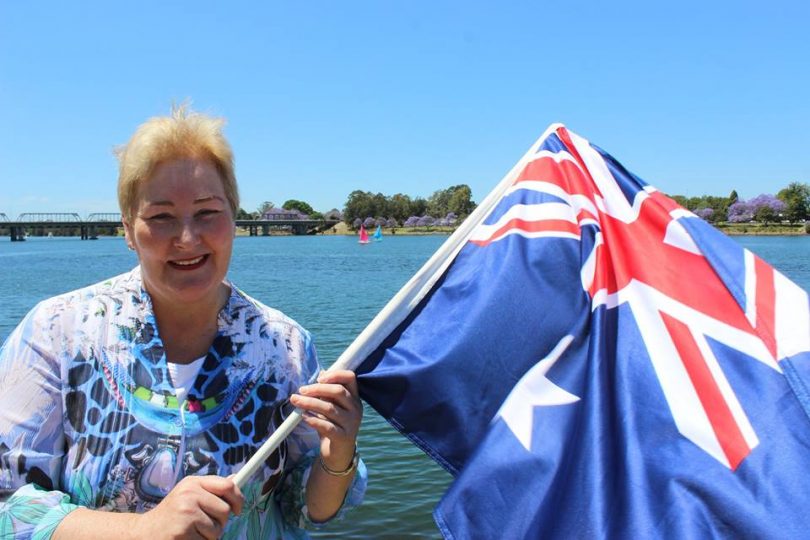 The Federal Treasurer toured the Nowra end of the Gilmore electorate today as his local comrade in parliament appeared to be under attack from within.

Scott Morrison said if it had not been for Ann Sudmalis, Bill Shorten would be Prime Minister now.

As the wheels of our democracy start spinning again for another Federal showdown later this year or next, political parties are in preselection mode, looking to lock in local candidates for the campaign ahead.

A process that has brought pressure to bear on Ms Sudmalis.

The ABC reported this morning that Ms Sudmalis was at risk of losing the endorsement of her party, with Milton businessman Grant Schultz seeking to contest the seat for the Liberals.

Mr Schultz is the son of the former Member for Hume, the late Alby Schultz.

Speaking to the media today on the banks of the Shoalhaven River, with his arm around the sitting member’s shoulders, Mr Morrison said Ms Sudmalis has his support.

“At the end of the day we need to respect our grassroots processes, but Ann has demonstrated she is the right candidate here,” he said.

When asked to offer advice to local preselectors Mr Morrison said, “Support the person – Ann, who has delivered on the ground for her community and for the party.”

With the South Coast Labour Council heckling from the sidelines of today’s media conference, Ms Sudmalis came out swinging, flagging the fight she was engaged in to secure a third term.

“I’ve been talking to people and my message is – I’ve been doing a damn good job,” she said.

“And there shouldn’t be any reason to change the jockey on the horse.

“The horse – the government, is doing a phenomenal job, so why flick the jockey off? That’s my words to my preselectors.”

Ms Sudmalis and Mr Morrsion would not address suggestions that branch infighting and personality clashes were behind the preselection challenge, with the suggestion made that the relationship between Ms Sudmalis and the state Member for Kiama, Gareth Ward is toxic.

“I don’t talk about friendships or otherwise within the party,” Ms Sudmalis says.

Ms Sudmalis and Mr Ward have a long history that goes back to their days on local government. Ms Sudmalis even stood for preselection in the seat of Kiama and lost to Mr Ward.

In speaking to the South Coast Register, Mr Ward said, “I have never been asked for my support for Mrs Sudmalis or Mr Schultz.”

“The assertion is inaccurate. The ABC journalist who put together the report never put the question to me.

“It is quite unprofessional and a matter I will be taking up with the ABC,” Mr Ward said. 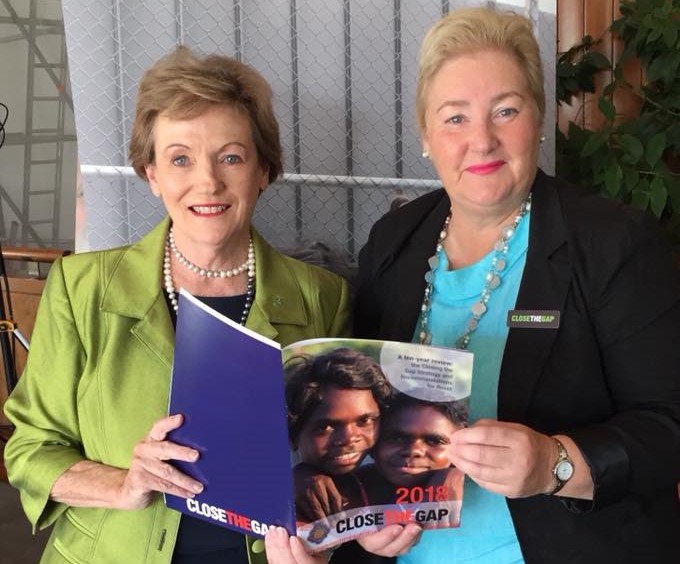 Ann Sudmalis and the dumped Member for Ryan, Jane Prentice. Photo: AS Facebook.

The pressure and attention on Ms Sudmalis comes days after Queensland Liberal MP Jane Prentice was dumped by the party as the candidate for Ryan, despite her holding a senior position in the government and despite the party having a gender imbalance on the floor of parliament.

Labor’s candidate for Gilmore, Fiona Phillips says the Liberal Party has been too focused on themselves for too long.

“I think the policies of the Liberal Party, no matter who the candidate is, are completely out of step with the electorate,” Ms Phillips says.

“Inequality is rising, people are finding it harder and harder to survive – that’s what they tell me.

“They [Liberal Party] should be concentrating of policies that will actually help our electorate, that’s what Labor is doing – scrapping upfront Tafe fees, putting more money in hospitals, and needs-based funding for our schools,” Ms Phillips says.

The Seat of Gilmore runs from Tuross Heads in the south to Kiama in the north and nominations for Liberal preselection close before the end of the month. In neighbouring Eden-Monaro which takes in Narooma, Bega, Cooma, Tumut and Queanbeyan, Liberal preselection is also underway.

Heidi Blunden - 34 minutes ago
Absolutely not. View
Angela Davey - 35 minutes ago
You’d have much better government policy for young people and the climate if they could vote View
Glenn Hayman - 41 minutes ago
Old people and 'conservatives' don't want young people to vote. I wonder why? View
News 17

Glenn Hayman - 53 minutes ago
Kathleen Beck who's complaining? View
Kathleen Beck - 6 hours ago
All fun complaining until you need police. View
William Vass - 11 hours ago
Don’t show up for a break-in but worry about scooters. What’s wrong with policing in the ACT??? View
Opinion 1

nobody - 1 hour ago
Well said Ian, and please keep asking that so-called Police Minister to explain himself. View
Opinion 86

TheSilver - 3 hours ago
No. And repeal the emergency powers act. View
Courts & Crime 4

Heidi Greenthumb - 4 hours ago
Why has it taken so long?? View
Capital Retro - 16 hours ago
"A light on an Army helicopter may have sparked the fire" I have never flown a helicopter but I had a light plane many years... View
News 33

Matthew Pez - 8 hours ago
Simon Adamson how is mowing your lawn at 8pm when there is still light a malicious crime? View
Robert Kearon - 11 hours ago
I would rather 8pm than 8am... not everyone is old and Karen View
Nathan Beck - 12 hours ago
David Cole it would be growing faster than they can cut it in this weather 🤣 View
News 74

Mamy Watts - 9 hours ago
Same outcome, they do nothing anyway. Look out insurance will go up with people making fake claims. View
Capital Retro - 15 hours ago
Some how I don't think insurers will cop this without conditioning the terms and conditions of their cover for home burglarie... View
Jenny Graves - 16 hours ago
Adam Rolls I presume you use your commonsense but don't actually harm them. View
Food & Wine 9

Of all the legislation that the Morrison Government has decided to prioritise, its voter identity bill is arguably the least...
News 94

@the_riotact @The_RiotACT
The veil of secrecy over #Kokomo's future has been lifted - the venue will reopen tonight as #Wilma, a progressive Asian BBQ restaurant https://t.co/rR6MPrlxji (48 minutes ago)

@the_riotact @The_RiotACT
DIY #crime reporting? Ian Bushnell wonders whether self-reporting minor crimes is the brainchild of a bureaucrat or a crafty plea from the #police for more resources https://t.co/T7rRqLU1zQ (3 hours ago)

@the_riotact @The_RiotACT
From #Canberra cafes and local sport, to music and birdlife, there's plenty to test your knowledge in this week’s Ken Behrens #Quiz https://t.co/H20meIMu6J (13 hours ago)