Experts in buying, selling & renting
Your property, your future
2 August 2018 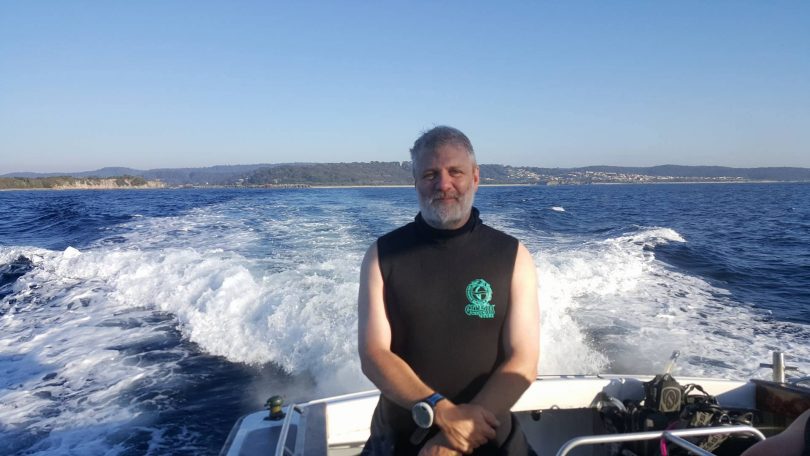 Veteran Scout leader and scuba diver John Pring doesn’t do it for the awards but he is ‘very chuffed and very honoured’ to be recognised for his service to Canberra youth in the Scouting Adult Recognition Awards announced on World Scout Day (1 August).

A project manager at Geoscience Australia, Mr Pring has been a Scout leader in some shape or form since 1992, and for the past six years has been enjoying helping his young charges take the plunge into the magical world of scuba diving.

Mr Pring, 50, is one of 20 ACT Scout leaders and supporters who have been recognised for their voluntary work for the Scouting movement with awards from the Chief Scout, Governor-General Sir Peter Cosgrove.

He has been awarded the Silver Koala for ”distinguished service” to Scouting in an active leadership role, typically for around 18 to 20 years.

An Assistant Scout Leader with the Macarthur Scout Group, Mr Pring provides ongoing support in many areas of the Group, and as ACT Branch Activity Leader, has established and now runs scuba and snorkelling activities.

Other awards are the Silver Emu (“further distinguished service” to Scouting in an active leadership role, typically at least four or five years since the Award of the Silver Koala), Meritorious Service Award and the Special Service Award.

Mr Pring, who started as a youth member, set up the ACT scuba diving group and now runs regular diving activities, including taking a group to Vanuatu last month and being part of a national venture in January on Heron Island on the Great Barrier Reef conducting citizen science.

He said Scouting endured because it was one of the few youth organisations that offered a very broad range of activities, including cultural and spiritual events, at international, national and local levels.

“There are not many youth organisations which are non-denominational, and offer all of that into the bargain,” he said. “It’s a good way for youth to develop skills that they might not otherwise be able to explore.”

It’s an association he hopes to continue, already looking at setting up a Queensland dive group when retirement beckons in about five years. 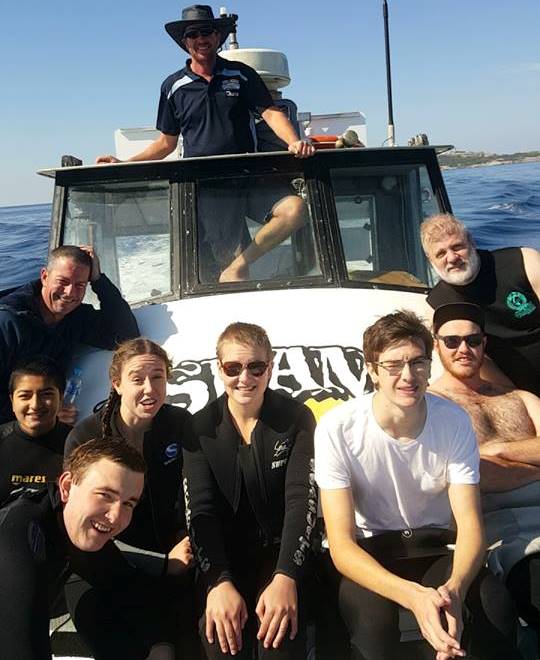 John Pring with the group he took to Vanuatu last month.

Scouts ACT Chief Commissioner Rick Goode said that leaders and supporters of Scouting like Mr Pring devoted thousands of hours to the development and wellbeing of young people.

“Without these adult volunteers, the many opportunities we offer our youth members wouldn’t be possible. The major events, trips and adventurous activities that make Scouting unique are reliant on the extra effort from our Leaders and Adult Helpers, and I am extremely pleased we can recognise them in this way.”

Other recipients include Allison Stanhope (Special Service Award) who became Treasurer for the Birralee Scout Group in Gungahlin in 2016. She is responsible for the financial activities in a Scout Group with over 140 youth members and six separate youth training sections. Her role is equivalent to managing the finances for a small business and involves many hours behind the scenes.

Melissa Frost ( Special Service Award) had been an active supporter of the Stromlo Forest Scout Group Committee before taking a uniformed role in 2015. As Scout Leader, she provides a challenging and exciting program for all youth members. Her focus on outdoor pursuits has enabled members of the Scout Troop to experience camping, hiking and similar activities as an integral part of their development.

The awards will be presented at a special ceremony on Wednesday 8 August at the Tim Murray Theatre, Canberra Grammar School, in Red Hill.