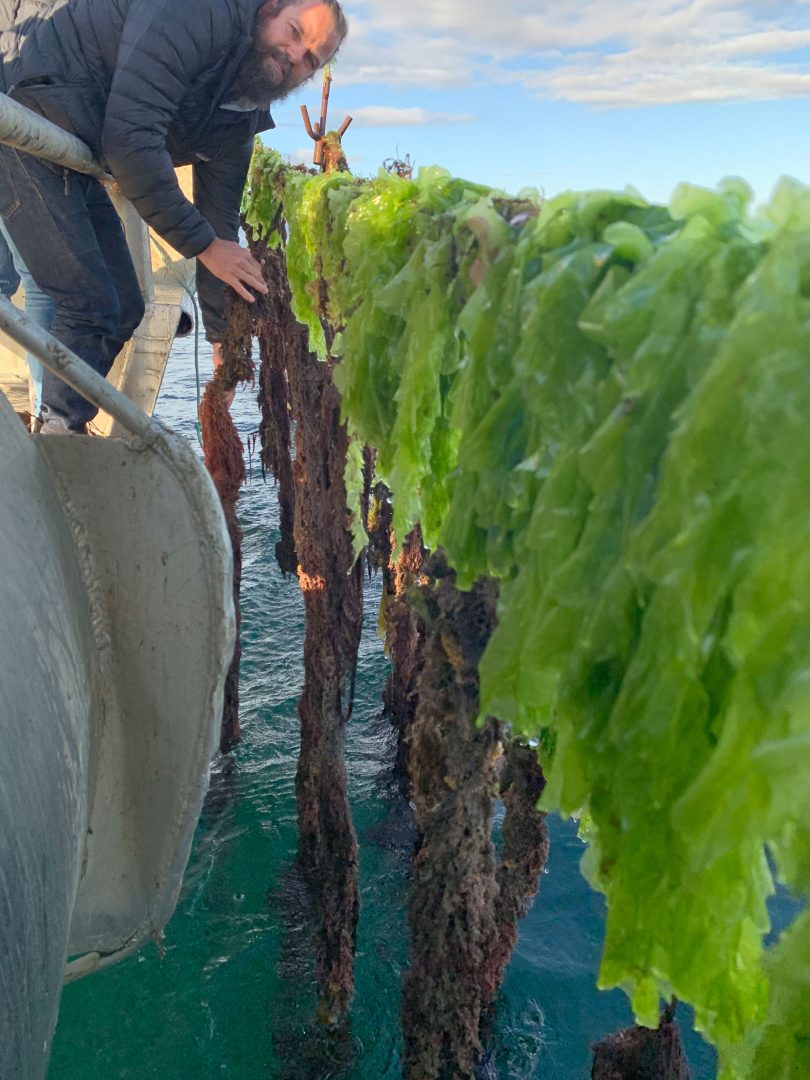 A livestock feed made from seaweed that reduces methane emissions in beef and dairy cattle by more than 80 per cent has been awarded the world’s largest monetary reward in the global food arena.

The Food Planet Prize from the Curt Bergfors Foundation gave four awards of $1 million each to initiatives, organisations and individuals working to secure the world’s food supply while fostering a healthy and resilient biosphere.

The award has the potential to help beef and dairy farmers on the NSW South Coast and the ACT region.

In August 2020, CSIRO established the FutureFeed company to take the livestock feed to market with investment from a joint venture of grain and harvest corporations, Woolworths and CSIRO.

Their research found that when just a handful of the Asparagopsis seaweed is fed to cattle, it not only drastically reduces the greenhouse gas contribution from agriculture but there is also a strong indication it increases livestock productivity.

Dr Michael Battaglia, CSIRO scientist and director of FutureFeed, said the funds from the award will be used in two key areas to help meet the goal of delivering the world’s first ultralow-carbon beef and dairy by mid-2021.

“We plan to use part of the prize to establish a fund to enhance the participation of aboriginal and other first nations people around the world in Asparagopsis supply chains,” Dr Battaglia said.

“Already in Australia, we have agreements between the Indigenous Land and Sea Corporation involving the Narrunga Nation Aboriginal peoples, and a seaweed growing company, CH4, with the intent to develop commercial-scale Asparagopsis cultivation and processing to generate maximum benefit for the Narrunga people.”

The chief scientist with FutureFeed, Dr Rob Kinley, said the remainder of the prize would be used to advance research and development on how best to deliver FutureFeed to livestock that grazes freely in rangeland systems.

“Livestock produces up to 18 per cent of total greenhouse gas emissions, mainly in the form of methane,” said Dr Kinley.

“We now have a solution that is a simple plug and play into existing feeding systems to reduce emissions and help farmers and producers create more food and build new and more sustainable businesses and enterprises.”

The solutions had to be implementable reasonably fast and on a large, preferably global, scale to be awarded the funding.

Selected from a competitive field of more than 650 nominations from all over the world, FutureFeed was awarded the prize for its benefits to the climate and environment, while also having the potential to improve profits and livelihoods by opening up a new global industry in seaweed farming.

The 2020 Food Planet Prize Jury is comprised of world-leading scientists, policymakers and entrepreneurs. The jury is chaired by the director of the Potsdam Institute for Climate Impact Research, Professor Johan Rockström, and the director of the Stockholm Resilience Centre at Stockholm University, Line Gordon.

FutureFeed has also been developed with Meat and Livestock Australia and James Cook University and subsequent collaboration at UC Davis and Penn State in the US with both dairy and feedlot animals.

Jacob Richter Thomas Lingafelter Remember the good old times…? Don’t tell me I’m the only one remembering this methane stuff?! 🤣

I watched this program today and found it really interesting. Especially interested with the whole closed loop concept especially the work being done on plastic recycling and using shredded tyres instead of coking coal to make steel.