Seniors engaged, connected and active but many suffer discrimination 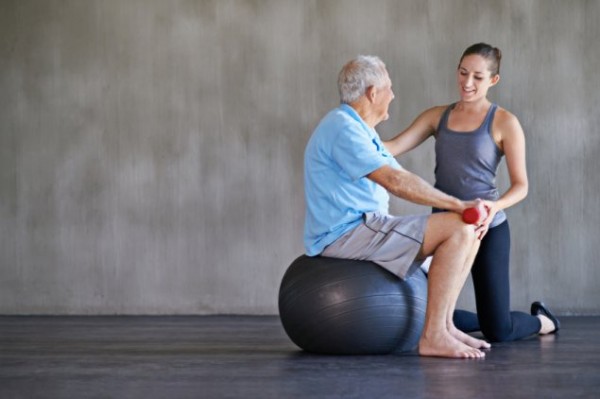 Canberra is a good place for seniors but discrimination and elder abuse remain issues to be dealt with.

Nearly a third of respondents to an ACT Government survey of seniors said they had suffered age discrimination, either in the workplace or when shopping.

Most said they have been made to feel invisible or underestimated, often when shopping, while the second most common situation of discrimination described was in the workplace.

Responses to the Age Friendly City Survey conducted in March and April this year will inform the basis of the Ministerial Advisory Council on Ageing’s recommendations to the ACT Government for its Age Friendly Statement of Commitment to be announced in February 2019.

Minister for Seniors and Veterans Gordon Ramsay said he was concerned that 29 per cent of respondents said they had been subject to age-based discrimination and would be seeking advice from the Ministerial Advisory Council on that issue.

“Senior Canberrans want to be valued, treated with respect and not subject to aged based discrimination,” he said.

Mr Ramsay said it was important that all employers and organisations knew their obligations and the Government had funded a seniors rights service run by Legal Aid so people could know their rights, and find out the legal or other services available.

Government also needed to live up to those responsibilities, and lifting the retirement age for magistrates, the DPP, and ACAT members to 70 demonstrated the value the Government placed in the ACT’s seniors.

“It shows that we as a Government believe that people continue to be able to contribute positively here in Canberra,” he said.

Housing and transport were also areas of concern with many commenting on a need for more ground level, single storey, smaller-scale properties; and affordable housing, including public and social housing.

They also wanted these housing options to be close to public transport, parking to be readily available and walkways to be safe.

Surprisingly, 92 per cent of respondents indicated they had the information they needed to stay connected and socially active and respondents were most likely to select searching online as their most preferred information source.

Chair of the Ministerial Advisory Council on Ageing Fiona May said the council had three priorities – making Canberra an age-friendly city, tackling elder abuse and supporting the right of older people to continue to make their own decisions as they age.

Ms May said elder abuse was a growing phenomenon and happened more within families than outside.

She said it was often concealed due to shame and wanting to protect the family.

“The more we can do to highlight the issues and identify strategies that can change that for older people is really important,” Ms May said

“One of the biggest things about elder abuse is something that came out in this survey which is ageism, how we as a society value older people, respect older people and ensure they are looked after and valued in our community, and when we don’t do that it is more likely to happen.”

The survey also showed that senior Canberrans were highly engaged in the community, with just over half of the respondents saying they volunteered their time and skills.

“Canberra is growing rapidly with 7,000 new Canberrans arriving each year and 5,800 people reaching the age of 60 each year. Our city will be home to 500,000 people by 2030. It is essential to understand the needs of older Canberrans in order to make Canberra an Age Friendly City,” Mr Ramsay said.

For more information go to https://yoursay.act.gov.au/agefriendlycity