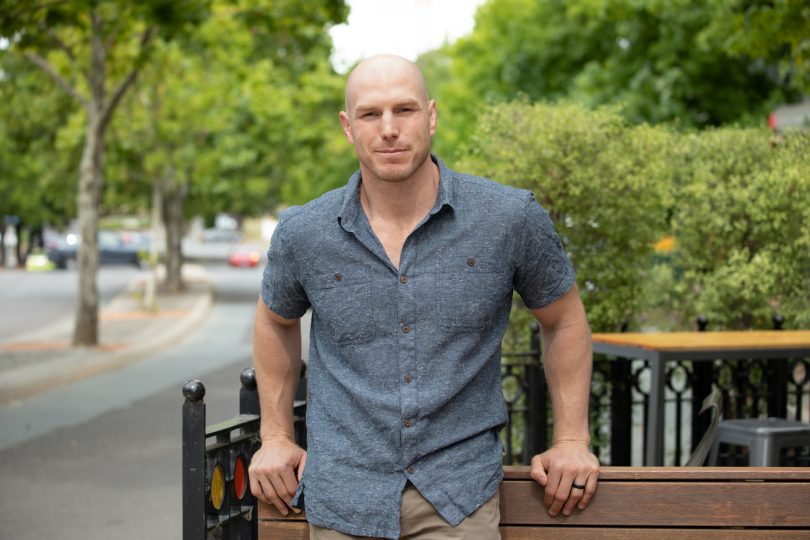 The Chinese Government announced the signing of the security agreement days after Senator Seselja, as Minister for the Pacific, flew to the Solomons to urge Prime Minister Manasseh Sogavare not to go ahead with the deal. The announcement came days before a high-level US mission was due to visit.

“Sending a junior minister to try and salvage things at the eleventh hour was clearly ineffective,” Mr Pocock said. “Unfortunately, this appears typical of the lack of care and respect the government has paid to critical relationships in our region.”

He said Australia’s hostile stance on climate action and the threat Australia’s Pacific neighbours faced had made a significant negative impact on relations, as had the running down of aid and diplomatic capacity.

“Recent increases in spending are temporary, expiring this year and next, and they don’t repair damage done by successive cuts to the aid budget over many years,” Mr Pocock said.

“Likewise, DFAT’s (Department of Foreign Affairs and Trade) capacity has been sorely depleted, not least by things like the efficiency dividend.”

Mr Pocock said the minister and government talked a big game on defence and national security “but the devil is in the detail and in the delivery – both of which have been shown to be sorely lacking”.

He said Australia needed a united, bi-partisan approach to defence and national security that put Australia’s interests front and centre.

“The political divisions the government has created when it comes to their failures in managing Australia’s relationship with the Solomon Islands are extremely regrettable,” Mr Pocock said. 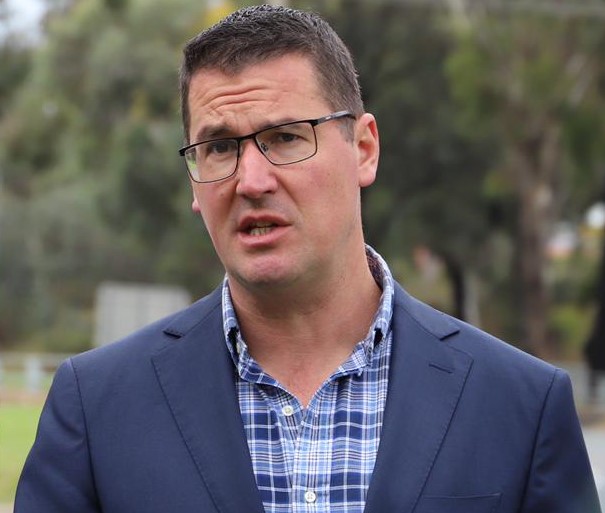 Senator Zed Seselja says there will be ongoing talks about the China deal. Photo: Cassandra Choake.

“This should have been something that Mr Morrison dealt with. But he went missing. And instead of taking responsibility, and dealing with this as a leader should in the interests of the nation, he sends a junior woodchuck at the last minute,” she said.

She said the Morrison Government’s approach to climate change had hurt relations with Pacific countries.

Senator Seselja did not respond to questions about taking responsibility for the deal happening on his watch. But in a joint statement with Foreign Minister Marise Payne, he said despite respecting Solomon Islands’ right to make sovereign decisions about its national security, Australia was deeply disappointed.

They said Australia believed the Pacific family was best placed to meet the security needs of the region.

“We are concerned about the lack of transparency with which this agreement has been developed, noting its potential to undermine stability in our region,” the statement read. “We continue to seek further clarity on the terms of the agreement, and its consequences for the Pacific region.”

Senator Seselja later told ABC radio that during his visit and in statements Mr Sogavare reaffirmed there would not be Chinese bases there and Australia would remain the security partner of choice.

“There will be ongoing discussions and I’ve been engaging with leaders and counterparts in the region both online but also in person,” Senator Seselja said.

“To fix our relationship with our Pacific neighbours, the government needs to focus on aid, climate and diplomacy,” she said.

The Greens peace and disarmament spokesman Senator Jordon Steele-John said earlier this week the party did not see China or the Solomons pact as a threat to Australia.

We will live like royalty once Pocock is elected

And Pocock claims to be an independent without any alignment with a major Party. Remember his wife worked for Sarah Hanson Young a died in the wool Green. It seems Australians are enamoured by sporting and other celebrities who try to enter Parliament with few credentials and count on their previous popularity to get them over the line.

I think you mean “dyed in the wool” but died is acceptable in this context.

We are kidding ourselves if we think sending a delegation over there would have done anything. Better use of tax payers money is not give a damn and let the Solomons have their hissy fit. They clearly were doing it to spite the US as the agreement was announce ahead of their delegation.

If there is any country that has failed in its foreign policy it is the Biden administration led USA. This would never have happened under Trump. Nor would the war in Ukraine. Trump was unconventional and that was a major deterrent. Biden has been walked all over by foreign adversaries and unfortunately we are just a casualty of that weak leadership.

S Oak, you may possibly be right that the Russian invasion of Ukraine may not have happened as it did (may not have lasted so long) were Trump still president. He would have been concerned with whether or not his name should be picked out in gold leaf on the “Welcome Putin” mat he would lay out. After all, Zelenskyy was unwilling to lie for Trump’s re-election, even under extortionate threat. In any case Trump would have been busy sighing over Kim Jong Un’s latest love letter, availing nothing. Trump’s interests and world view extend to Trump. Where do you stand?

People who want to weaponise this issue for partisan political purposes ignore, and show little respect for or understanding of, the role of other players in this game, particularly New Zealand which may not have pockets as deep as Australia’s but, if anything, has more genuine “soft power” in the region –

The truth is that what we are witnessing here is cheque-book diplomacy and Cold War 2.0 playing out in the South Pacific. The geo-strategic games now being played by the CCP are basically a carbon copy of antics and strategies deployed in earlier decades by the then Soviet Union, particularly on the margins of the US and former European empires.

If part of the response to this gambit is to get the US more seriously involved, rather than leaving it to Australia and New Zealand to maintain the liberal rules-based order in the South Pacific, then that will be a silver lining to this currently dark-looking cloud. After all, if several hundred million Europeans need the US to guarantee their security against the threat of a fading Russia, why should 30 million Australians and New Zealanders be expected to hold the line against are far more formidable China?

I’m not really interested in the opinion of a sportsperson. Particularly someone with no experience in foreign relations, politics, or international law. Is he a ‘green’? Look, I’d probably vote for a green if there were actually any proper genuine ‘greenies’ running for office, but there aren’t. I see not one so-called ‘green’ actually caring for the environment, caring about animal welfare, stopping the cruel killing of animals for religious reasons, stopping high immigration, stopping foreigners buying up Australian land and housing etc.). The current so-called ‘greens’ don’t care about any of the above important issues; they should actually change their name back to the communist party as the current mob calling themselves ‘greens’, are NOT true or genuine ‘greens’ at all.

Yes, Pocock played Rugby all his adult life. Flew on C02 belching jets all over the world to throw a ball around. Wasn’t too concerned about those carbon miles then. Typical hypocrite with a DAISNAID attitude.

Poppycock. The Solomon Islands is a failed state of corruption, civil war and tribalism. Like parents supporting an irresponsible child, Australia and NZ have been providing this ‘nation’ with development aid, expertise, policing, goods and services for decades. But this child has now rejected its benevolent parents and turned to the equivalent of the local drug dealer for an addictive cash hit, debt strings attached. Instead of making anti-Australian/NZ comments, what would Labor/Greens/and now foreign affairs expert Pocock have done differently to ensure a different outcome? Send preachy Senator Penny Wong and ex-Senator Sam Dastyari with shopping bags full of cash in the style of NSW Labor? Do we resort to bribery of Pacific Islands politicians to keep China at bay? The incompetent Solomon Islands government has brought this debacle upon itself and they are the ones at fault, not Australia or NZ.

Or do you actually want to remind yourself of their strategic importance, what they endured during WWII, and how important this is for us as a Nation….. or, you can just be that keyboard warrior and remain an ignoramus…. your call.

In 1942 it was the Japanese who invaded the Solomons.

Absolutely the SI are of strategic importance, which is why China would be eyeing a base there. And yes, they were the scene of fierce WW2 battles. Wrecks lie rusting in the jungles and under the waters. Yamamoto’s plane (shot down on 18 April 1943 over Bougainville) can still be visited. Operation Vengeance. None of which changes the fact that the SI today is a failed state.

Lanaman,
Well done on linking to more evidence showing how Australia has protected and supported the Solomons for many, many decades.

Whilst the Solomons are strategically important, we have been extremely generous to them and they’ve turned around and thrown that support away for the Chinese short term sugar hit.

Of course they will come to regret that when the Chinese move in but by then it will ne too late.

In fact Acton – your very definition shows you are incorrect… A failed State is, and I quote “a state whose political or economic system has become so weak that the government is no longer in control.”…. so they are the antithesis of that definition as the Govt has control…. I know, I know, you are about to throw “they are not in control as they gave in to the Chinese – etc etc”. but they are and that is why they had unrest 3 months ago over this… the Government clearly has control of its destination. QED.

The Libs sent the office boy to do a man’s job. Not that any other current minister could have done much better – Morrison has ensured that the relationship with China remains toxic.

Ha, ha. The Solomon Islanders claim their country is being invaded by climate change induced rising sea levels yet they do a dodgy deal with the world’s largest emitter?

Good to see Mr Pocock is confirming he is in step with the Greens on this issue.

Julian Sortland for one small second…. We aren’t talking about that…. Ffs 🤦🏼‍♂️ View 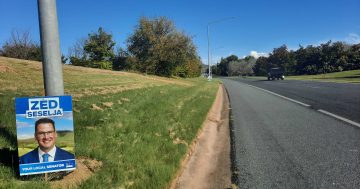