Should you buy or sell a car online? 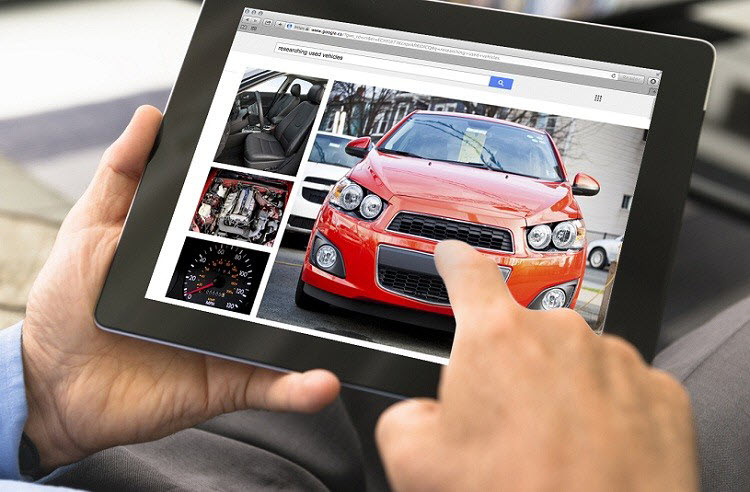 When Stacey Green* decided to sell her beautiful 2002 Jeep Cherokee, she thought that the fastest and easiest way would be via an online listing.

She turned to an online marketplace, put in all the details, set it to live and waited.

After one month and no enquiries, she came to the realisation that perhaps the price was too high. So she dropped it by $1,000.

After a second month of no enquiries, she again thought that the price was too high, and dropped it by another $1,000. But she also realised that the particular online marketplace she had chosen to list with was probably part of the problem. So Stacey listed the car on a second online marketplace at the new reduced price.

Within 10 minutes, the phone began to ring. And ring. It rang 6 times in two hours, and before long Stacey had a stream of interested buyers lined up to inspect the car.

The first couple to see it were very keen. Naturally they asked to test drive it, so Stacey handed over the keys and waved to them as they reversed out of her driveway…right into her neighbour’s car.

They were very apologetic, and though the Jeep had only a minor scratch (as Jeeps do), the neighbour’s car wasn’t so lucky. The test drivers immediately offered to pay the insurance excess, and said they wanted to buy the car no matter what.

At the end of the day, Stacey got what she wanted – the Jeep sold. But overall it was an exhausting experience. And she was disappointed because she couldn’t help but think that she would have got a lot more money if she’d listed on the second online marketplace first, at the original price.

Online buyers’ marketplaces make it easy to list items such as second-hand cars. But unfortunately, they don’t take away the stress of wondering:

Not to mention worrying about the test drives!

And when it comes to pricing, a seller is typically stuck between two scenarios: they place the ad and get no response (price too high) or they get an immediate response and sell straight away (price too low).

But there is another way to buy and sell a car online that Stacey admits she didn’t even know about. And in hindsight, she says it would have helped her get everything she wanted, while avoiding all the stress.

She could have done an online auction.

Local auction websites, such as Allbids, sell second-hand cars on behalf of private individuals and car dealers every day. And the way it works means you never have to:

In Allbids’ case, they take all the photos, store the car for you (so people can go and see it), create the listing, market it to over 150,000 registered buyers, and receive the payment (which they then pay to you, less a small commission).

The listing runs for 7 days to give buyers enough time to compete over the price. A sale is guaranteed, and sellers often find the price exceeds expectations because anyone who sees a great bargain is motivated to bid, which drives the price up until the end. With two motivated buyers, the sky’s the limit!

From the buyer’s perspective, online auction sites can be a great way to find a second-hand car for less than $10,000. Car dealers aren’t all that interested in selling cars for less than 10k, so they give them to Allbids to sell at whatever price the market is willing to pay.

For mums and dads helping their teenager buy a first car, a family wanting a second run-around car, or a student looking for a good deal, online auctions make it easy to find a quality car at an affordable price.

Rob Evans, CEO of Allbids says, “We have car dealers from all over the ACT and Southern NSW giving us quality cars to put to auction, plus private sellers too. Most people hate the hassle of managing a listing, worrying about the price they set, and then haggling over a few hundred dollars.

“There’s one week between when a car is listed and the online hammer goes down, to give buyers plenty of time to ring a mechanic and have them do a Buyers’ Inspection. And unlike an online marketplace where you hope the seller is being truthful, Allbids have a duty of care to list all the faults with the car so you can see straight away if it’s not something you’re prepared to live with.

“It’s a seamless experience, and with 150,000 buyers on our database we always find a home for a second-hand car by the time the online hammer goes down.”

Visit Allbids to see their current second-hand cars for auction, or to learn more about buying or selling a car via online auction, call Allbids on 02 6239 2262.

Have you ever tried to buy or sell a car online? What was your experience?

Julie Macklin - 37 minutes ago
Unfortunately I would have to keep my petrol car too, as electric cars can't go where I want to drive. Good for urban areas,... View
Brent Hutch - 47 minutes ago
Even 200,000 cars at a discounted price of 40k per car, will be 8billion. Obviously this number will increase as more cars ar... View
Gloria Altinger - 59 minutes ago
Brent Hutch 12km for 675M.. 85 klm North to south... hmm ok so maybe at least a 100K 50k Electric cars to the roughly 260k re... View
ACT Election 21