Six things to do around Canberra this weekend (17–19 March) 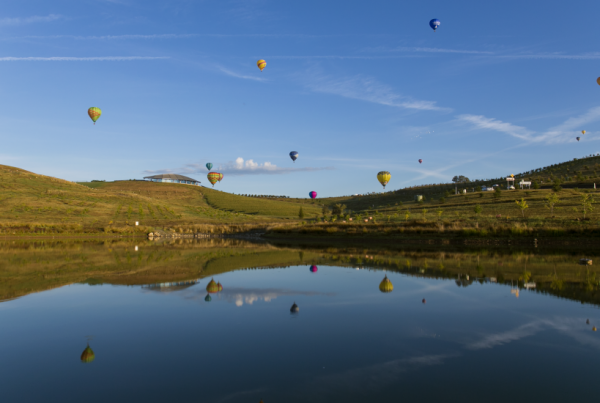 The March celebrations march on this weekend. Enlighten maybe over for another year but Art, Not Apart, Skyfire and the No Front Fences festival will more than fill the void. There is also plenty of footy on with Canberra’s first chance to see the Women’s AFL in action at Manuka Oval, and the Raiders playing the Tigers this Sunday (GIO Stadium, 4pm). The balloons haven’t had a good week, but maybe they’ll get airborne this weekend; if not Ben Drysdale and My Dad and I will be there providing a great accompaniment for your pancakes.

Where: Lawns of Old Parliament House, King Edward Terrace, Parkes
When: 6:15–10am
This weekend is the final weekend for the Balloon Spectacular and hopefully, the event has some better luck with the weather than it has so far. At the time of writing the balloons have only launched once this year. Ballooning, of course, is entirely weather dependent so check the website, Facebook or Twitter for launch updates. But if they don’t launch you can still enjoy breakfast, coffee and some great music on Saturday and Sunday mornings. Ben Drysdale is playing on Saturday and My Dad I on Sunday.

Jack Carty
Where: Smiths Alternative
When: 9:30–11:30pm
If you missed out on tickets to the sold-out the No Front Fences festival, you could drown your sorrows at Smiths Alternative on Friday night listening to the evocative, Jack Carty, with O’Little Sister supporting. Last year was big for Carty: he toured with Darren Hanlon and Josh Pyke, played his own shows in the UK and Europe, including playing Spain’s Primavera Sound Festival, released his latest album, Home State, and got married. The multi-talented Carty plays every instrument on Home State except for the bass, which was played by long-time collaborator Gus Gardiner (from Papa vs. Pretty).

Women’s AFL
Where: Manuka Oval
When: Gates Open 5:30pm, match starts at 7:10pm
Jump on the Women’s AFL bandwagon. The GWS Giants are playing the Western Bulldogs at Manuka Oval this Saturday and it’s FREE! It might be a good tip to get there early, given the stories coming out of Melbourne of sell out games and fans being turned away. This game will be the last of the season for both teams, and they will be fighting each other to stay off the bottom the ladder.

Art, Not Apart
Where: venues at New Acton, the National Film and Sound Archives and Fyshwick
When: 1–7pm + After Parties
Art, Not Apart will be taking over New Acton this Saturday afternoon. The theme for this years’ festival it is Shake it Up, and the festival aims to do just this with gender-bending performance artists, a troupe of naked pianists, a 100m long collaborative street art project along Edinburgh Avenue and much more. Check out the program here. There will be a Little People Garden to keep the kids entertained, plenty of music to shake your booty too, and a strong focus on film—the festival is partnering with the National Film and Sound Archives. And you can keep enjoying this unique Canberra festival well into the night at the Sound and Fury after party, being held at the NFSA. Chenoeh Miller is directing this again, so expect innovative performance art and a beautiful aesthetic. You will need a ticket. 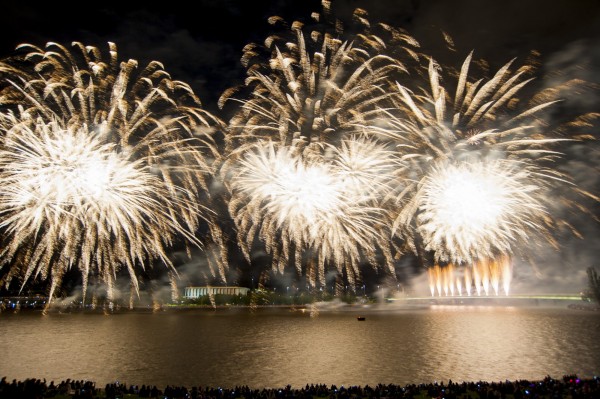 Skyfire
Where: Lake Burley Griffin
When: 6:00–9:30 pm
Twenty minutes of fireworks set to music broadcast on Hit104.7—that’s Skyfire. There is a program of entertainment in the lead up to the fireworks featuring the Navy Squirrels and FA18 Hornets flying overhead, Busby Marou and DJ Horizon providing the tunes, and lots of opportunities to see Home and Away stars. A Family Fun Zone will be set up on the Patrick White Lawns with jumping castles and obstacle courses, including a Special Ops obstacle course. Charges will apply. 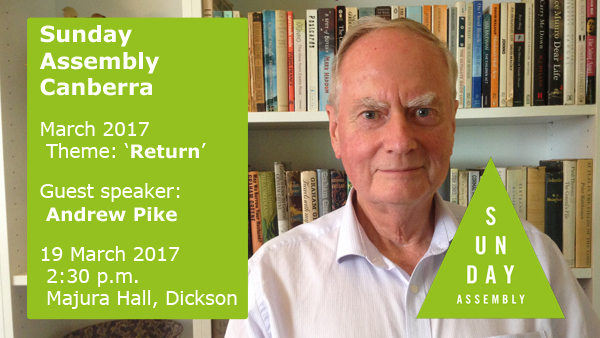 Sunday Assembly
Where: Majura Hall, Rosevear Place, Dickson
When: 2:30–4:30pm
The theme for this month’s Sunday Assembly is Return and the keynote speaker will be Andrew Pike, a local film historian, film distributor, and documentary filmmaker. Six years ago Andrew had open heart surgery and while his physical recovery went well, he suffered significant psychological and emotional side effects. Andrew’s doctors dismissed these problems, telling him he would get over them, but his recovery took a long time. These events got Andrew thinking about the emphasis our medical system has on keeping us alive, and the little concern it shows towards the addressing the quality of our extended lives. Inspired by his experience, Andrew is currently making the film Pumphead which investigates the phenomenon of patients suffering high levels of anxiety, depression, and loss of confidence after significant heart surgery. Andrew’s talk will be followed by readings, singing, and tea and cake.

Phil Hopkins - 35 minutes ago
Craig Rogerson And they already get their voting from x from Reality TV Shows! View
Craig Rogerson - 45 minutes ago
Of course the Greens would love this . They would be their biggest supporters . Straight out of the education system that is... View
デ スティーブ - 58 minutes ago
Need a bill to cap the legal age of voting to 79. Why should 80+ year old vote on the future for teenagers? Most 80+ year old... View
Opinion 78

Natalia Komarova - 49 minutes ago
When my friend lost her husband she said to some extend she lost her social circle as well. While she would catch up with her... View
Patrise Dowling - 2 hours ago
Nah. Get a dog. Demand free love. View
Michael Strand - 2 hours ago
So when she asks if she needs to lower her standards, what does that mean? Maybe looking at a guy is not not 6ft tall, or a t... View
Food & Wine 9

BlowMeDown - 4 hours ago
I recall my father and I taking the boat out on the western shore in the mid 1960s, where the water has yet to return. It was... View
Capital Retro - 4 hours ago
I think groundwater that enters the artesian aquifers originatesin mountainous country through rock strata. The water in Lake... View
Patrick Keogh - 4 hours ago
What percentage goes into replenishing groundwater compared to what is list to evaporation? View
show more show less
*Results are based on activity within last 7 days

ACT residents will soon be required to self-submit a report online when they are victims of certain crimes, including house...
News 65

Two reports this week have highlighted the growing housing divide in the ACT, in the rental market, and between renters...
News 30

@the_riotact @The_RiotACT
Looking for something to do in #Canberra this week? From #Christmas markets to Korean #films, here are 10 things to do in the capital https://t.co/FGRP1gEBLz (1 hour ago)