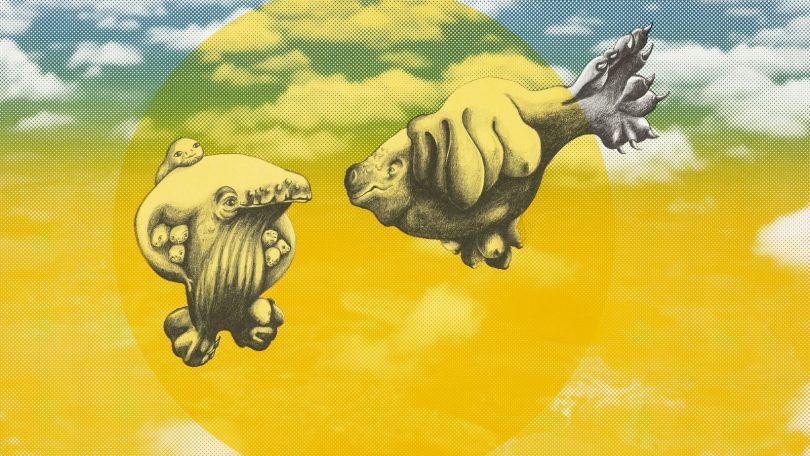 Skywhale and Skywhalepapa will be seen for the first time together publicly on 6 February as the hot air balloons fly over Parkes.

Only artist’s sketches of the 10-storey Skywhalepapa have been released so far, so Canberrans lucky enough to get a spot at John Dunmore Lang Place will witness the inaugural family flight.

It will feature in Canberra as a National Gallery Touring Exhibition.

Jess Green and the Luminescence Children’s Choir will also be playing a special live performance of We are the Skywhales. 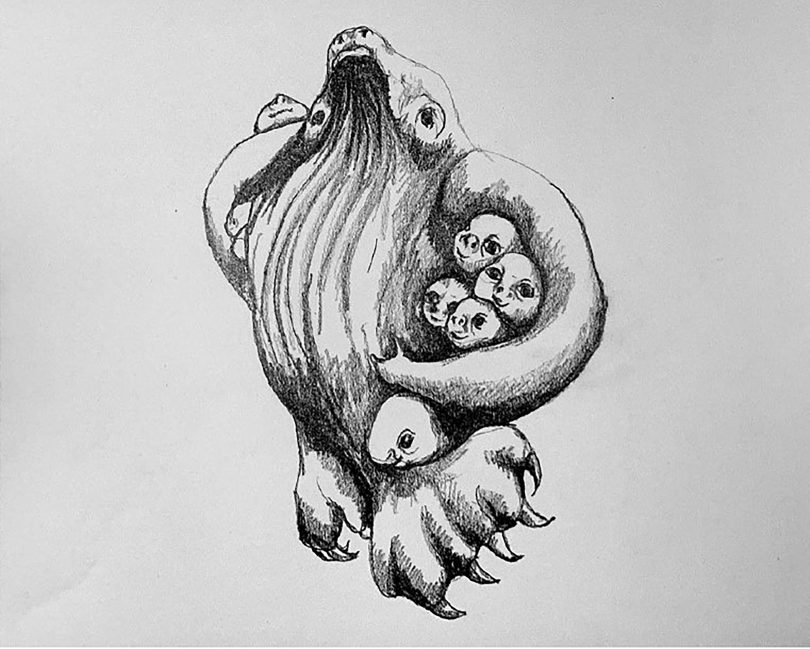 Patricia Piccinini’s seven-storey Skywhale first flew across Canberra in 2013 before she announced the second member of the family in 2019.

The original Skywhale stirred quite a controversy in Canberra for its design and cost when it was commissioned by the then Chief Minister Katy Gallagher.

The controversy even led to another former Chief Minister, Jon Stanhope, to label the artwork as too divisive for the public, saying it was not a positive experience for the ACT Government.

It ended up costing around $350,000 and has become a Canberran pop culture icon.

Skywhalepapa was originally set to grace Canberra’s skies in 2020 before being pushed back because of the pandemic.

“With a single Skywhale figure we have a character, but with the two we have a relationship and a narrative,” Piccinini said.

“One of the things that I love about Skywhalepapa is that it is a sculpture, but it is also a performance — an event.” 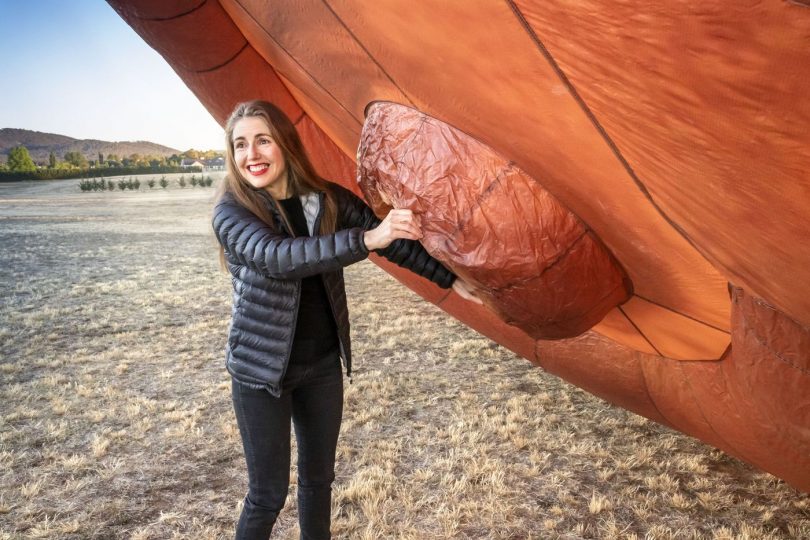 The number of people at the event will be limited due to COVID-19 safety requirements and people will need to remain seated throughout.

While the event will remain free, Canberrans will need to register ahead of time. Registrations will open in mid-January.

Visit the dedicated event page or the National Gallery website for more information.

Can’t believe they funded another one 😹

Fantastic! Wish I was there to see them

This is revenge art on steroids. It will traumatize our young people.

Jilly Storrs are you excited

I will try to be away!

Not again!!! Hard to stomach the first time around.

Claire Emily we should go see them! After all this time promoting them... also I wonder if PP could make costumes out of them? 😆 one for me and you 😅

Sarah Bee Slaughter oo must keep out for bookings

What a waste.....imagine how many young people in the creative arts who could've benefited from the money wasted on this...

The ugliest creatures on the face of the earth representing Canberra-WHY?

Karen Dobinson hahahahaha now I’ve got to see this

They are so ugly

Christopher Cuba Rabanal - 2 hours ago
Make me an offer I can’t refuse 😝😝😝 View
Kir Rin - 1 day ago
WHS Act is able to trump Discrimination law in certain circumstances. So presumably it’s possible. View
HiddenDragon - 2 days ago
A very interesting related legal question will be businesses which promote themselves as "safe" because their staff have been... View
Food & Wine 108

Bob Jones - 8 hours ago
Deb Wheare And Lynne Meredith... I've heard because of the more right someone who identifys as being an Aboriginal or Torres... View
Kev Martin - 18 hours ago
I find If you stop breaking the law, you don't get locked up View
Deb Wheare - 1 day ago
Jacob Torresan face palm View
Community 12

Pari Gilmour - 19 hours ago
I support a burnout pad. Zero interest myself but obviously these guys need a social space to do their thing. Happy to suppor... View
Opinion 33

During the 'unprecedented' year we all experienced in Canberra during 2020, lots of new words and emotions entered my vocabulary....
Food & Wine 108

@The_RiotACT @The_RiotACT
The victim of an attempted robbery at Belconnen says her impression of the city has changed forever after a thief tried to steal her bag https://t.co/3SlXYFKuaL (2 hours ago)

@The_RiotACT @The_RiotACT
Cicadas provide the soundtrack to a Canberra summer, and this year they're here in droves. Have you heard the redeye or the double drummer? https://t.co/KFM1KPoNGL (4 hours ago)

@The_RiotACT @The_RiotACT
For the fourth year in a row, the Toyota Corolla has taken out first place in the top ten vehicles bought in Canberra. Did your car make the list? https://t.co/rsV9yLItXn (5 hours ago)